Vale has won approval from the Newfoundland and Labrador government to export more nickel concentrate from its mine at Voisey's Bay, as a result of delays in commissioning its $4.25 billion processing plant in Long Harbour. 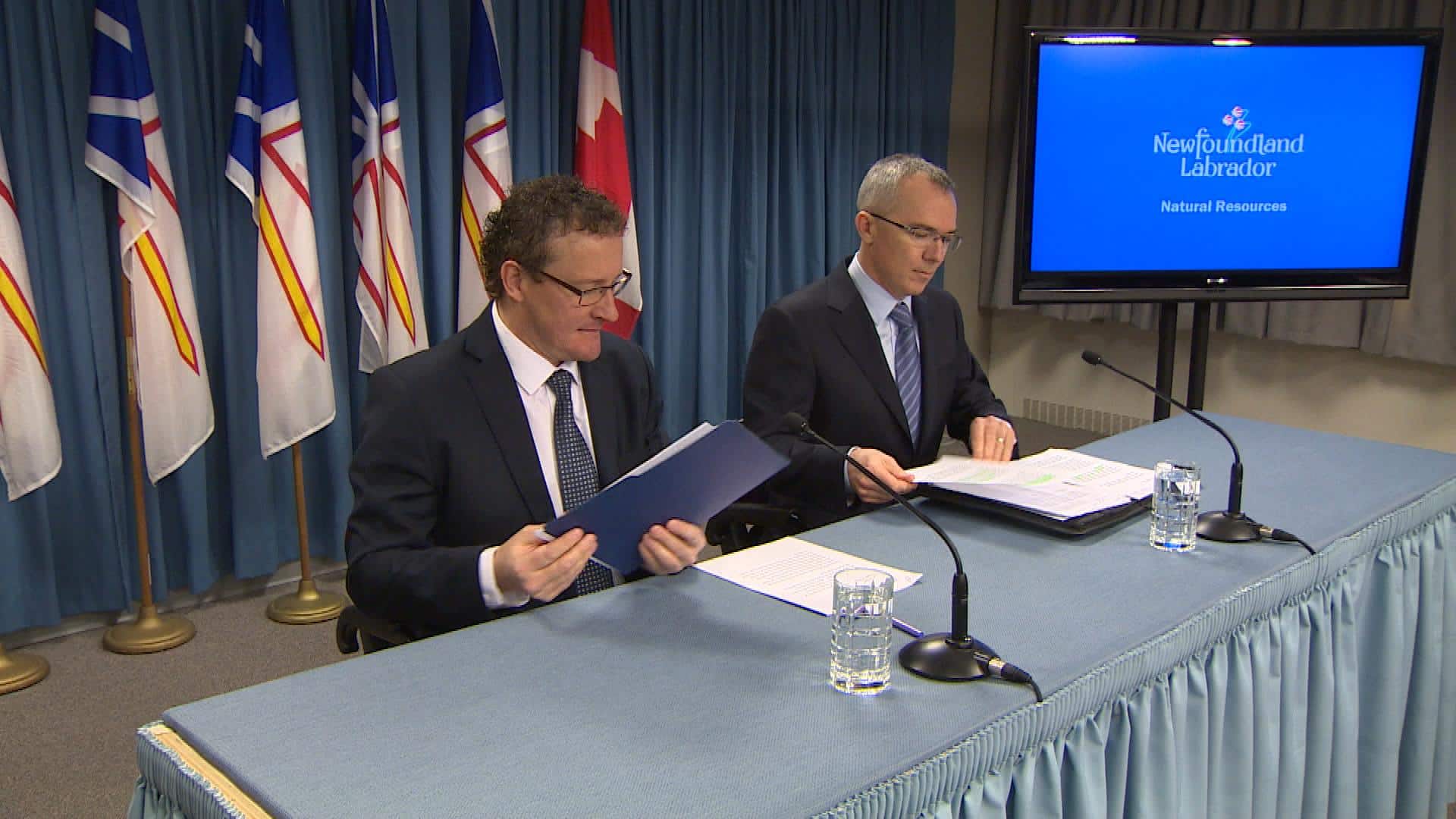 6 years ago
1:56
The company will pay $200 million over four years in compensation for the right to export an additional 94,000 tonnes of nickel concentrate from its mine on Labrador's northern coast. 1:56

Vale has won approval from the Newfoundland and Labrador government to export more nickel concentrate from its mine at Voisey's Bay, as a result of delays in commissioning its $4.25 billion processing plant in Long Harbour.

The company will pay $200 million over four years in compensation for the right to export an additional 94,000 tonnes of nickel concentrate from its mine on Labrador's northern coast to its other processing facilities in Ontario and Manitoba. Vale will contribute another $30 million to a community fund.

The exemption gives Vale flexibility in its efforts to bring its nickel processing plant in Long Harbour, in Newfoundland's Placentia Bay, up to full capacity, and to avoid any production interruptions at the Voisey's Bay mine, which is one of the Canada's most significant nickel finds.

The latest amendment to the Voisey's Bay Development Agreement was announced Tuesday morning by Natural Resources Minister Derrick Dalley and Stuart Macnaughton, Vale's vice-president of operations in Newfoundland and Labrador.

"Had the export cap not been increased, we would have been left with no choice but to stop operating in Labrador for up to 18 months and not resume normal operations at Voisey's Bay until Long Harbour was able to process larger quantities of nickel concentrate from Voisey's Bay," said Macnaughton.

By the end of next year, concentrate exports will slow significantly and the vast majority of Voisey’s Bay concentrate will be processed in Long Harbour.

The Voisey's Bay mine began operations in 2005 and employs 475 workers.

Construction of the Long Harbour nickel processing plant began in 2009, but has fallen behind schedule because of its complexity and a supercharged construction sector that has resulted in labour challenges.

Vale began limited processing in Long Harbour in late 2014 with a blend of high purity nickel matte from Indonesia and smaller amounts of Voisey's Bay ore.

Construction of the facility is ongoing, and is not expected to completed until next year. There are currently 1,500 construction workers at the site, along with roughly 500 Vale employees.

Officials say it will now be 2018 or 2019 before the processing plant is exclusively processing ore from Voisey's Bay.

"The decision to grant an additional export cap allows Vale to continue generating income to support its ongoing investments in the province," said Macnaughton.

"It allows our operations at Voisey's Bay to continue unimpeded while Long Harbour ramps up and delivers its economic benefits and revenues to government at all levels."

All exports must be returned, says minister

The exemption follows a similar amendment in March 2013, bringing the maximum amount of nickel concentrate the company can exempt from the requirement for primary processing in this province to 633,000 tonnes since the agreement was first signed in 2002.

Under the terms of the agreement, the exempted concentrate must be replaced and processed in Long Harbour in future years, said Dalley.

"The amended agreement will protect the employment of hundreds of people at Voisey's Bay. It has presented us with an opportunity to support Vale, as well as to enhance benefits for Newfoundlanders and Labradorians," he said.

Dalley said the province has benefited greatly from Vale's investments, and will continue to do so for many years to come.

"I want to ensure the people of Newfoundland and Labrador that the basic principle of the Voisey's Bay Development Agreement was always to maximize the benefits for Newfoundlanders and Labradorians. Today's agreement supports this principle," he said.

Underground mine at Voisey's being considered

Meanwhile, Macnaughton also provided an update on Vale's plans to develop an underground mine at Voisey's Bay.

He said an engineering study to determine the project's costs and development will be completed by the end of next month, and Vale's board of directors is expected to decide in June whether to move forward with the new mine.

"We're expecting to get sanction from the board, recognizing that it's a very tough fiscal environment at the moment," Macnaughton said, referring to the current slump in commodities.

An underground mine would nearly double the number of workers at Voisey's Bay, and extend the life of the mine by about 15 years.