The CBC's Zach Goudie put a GoPro underwater to see what was up — or what was under in this case. 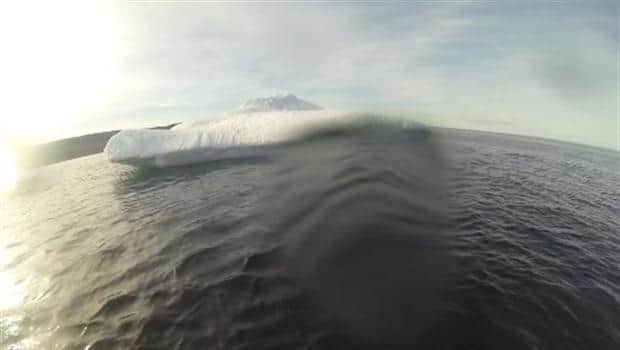 7 years agoVideo
2:04
Zach Goudie stuck a GroPro in the water to see what an iceberg looks like underneath. He was too far away to see it in detail 2:04

We're always told that 90 per cent of an iceberg is underwater, right? But how often do we actually try to check it out. The CBC's Zach Goudie put a GoPro underwater to see what was up — or what was under in this case.

Goudie went out Wednesday to Blackhead, Freshwater Bay near St, John's, to do a story on Iceberg safety. There are concerns that people were getting too close to the unpredictable chunks of ice, which can roll over in an instant without warning.

Goudie tied the GoPro to a fishing pole, and put it over the side of an Iceberg Quest tour boat that was helping him tell the story.

Watch the video to see what the GoPro saw. Goudie wishes there was more detail, but he didn't want to get closer because it wasn't safe.