A group of ambitious students and recent graduates from the University of British Columbia have taken over a small corner at the Royal Newfoundland Yacht Club.

The autonomous boat will attempt to cross the Atlantic Ocean 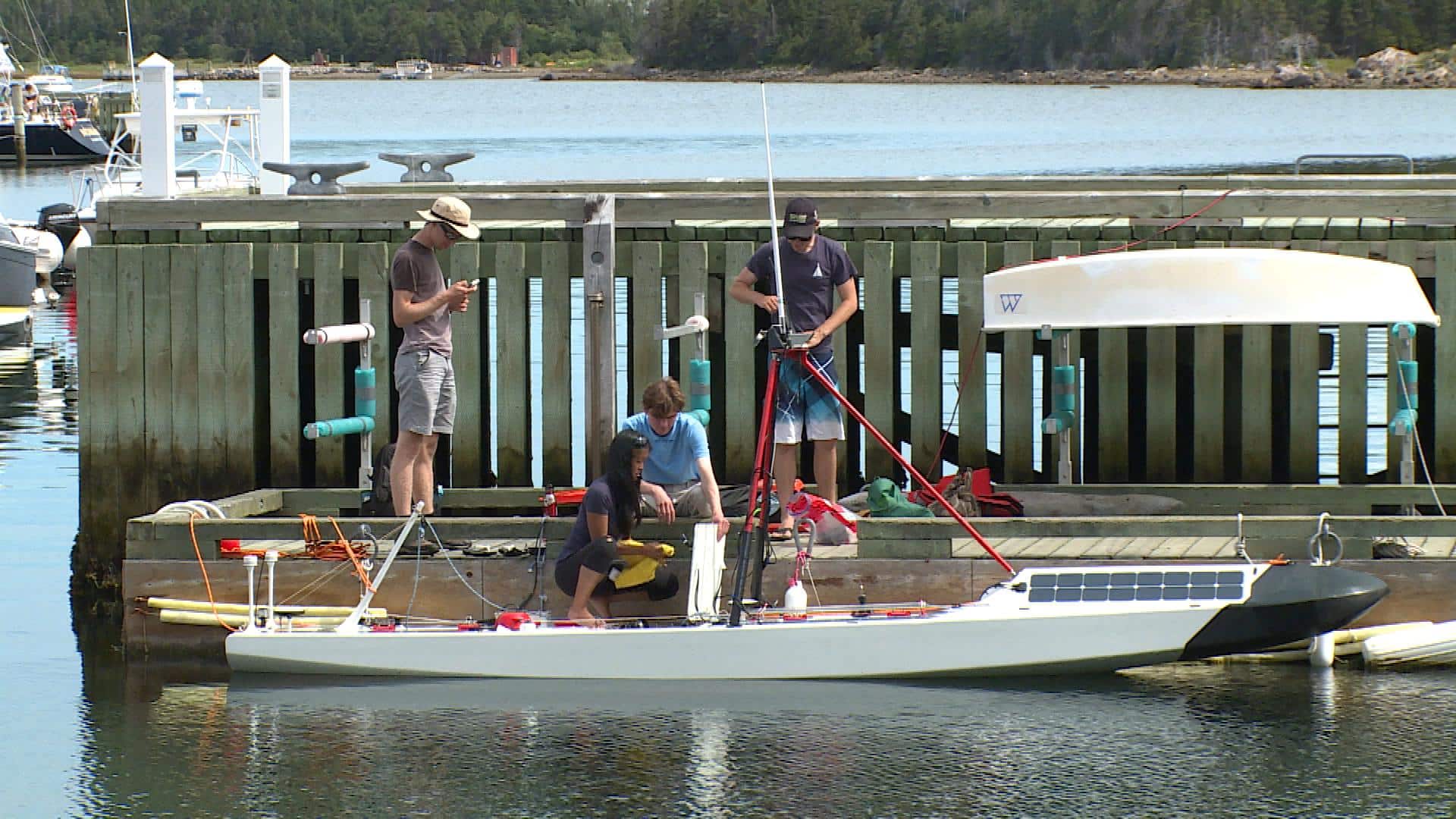 5 years ago
1:31
The UBC Sailbot Team has taken on the challenge of creating a Fully Autonomous Sailboat capable of crossing the Atlantic Ocean. 1:31

A group of ambitious students and recent graduates from the University of British Columbia have taken over a small corner at the Royal Newfoundland Yacht Club in Conception Bay South to work on their Sailbot.

The robot boat is named Ada, after Ada Lovelace, known as the world's first programmer.

But the more than five-metre-long sailboat stands out when compared with other boats docked at the club.

Covered with solar panels and filled with electrical wires and boards, it's able to sail itself.

"It makes all of its decisions on its own," second-year engineering student Cody Smith says.

It will be a little bit of a scary feeling not seeing her every day.- Vivian Cheung

"There's no control, theres no [remote control], we don't follow behind it. We just say, 'You're here and you need to go here,' and she'll do the rest. She'll take care of all the sailing."

The goal is to have the boat leave the waters off Newfoundland and make it all the way to a Ireland — something fellow researchers have tried, but never accomplished.

"This has been attempted by 18 teams in the past, I believe, but nobody has been successful so far," student Vivian Cheung said.

"So we are hoping to be the first ones to do it and break the world record for longes autonomous sail."

It has taken the university students three years to get to this point in the project, which has been financed through sponsors and donations.

Cheung has been along for most of the ride, and said all the work has been done by the students, "from conceptual design to the physical construction of it."

Despite all the hard work and long hours working on the Sailbot, being a part of the team didn't help her graduate from engineering school this past May.

"A lot of students have just forfeited their summer. There's 13 of us working on this boat, full time, this summer."

Weird to not see boat every day

Ada is undergoing last-minute testing this week and the team hopes to get the Sailbot in the water on Monday with its sights set on the Irish coast.

After years working on the boat, Cheung said it will be hard to say goodbye.

"It's kind of unreal. It hasn't really hit me yet, in terms of, we are probably saying goodbye to her in about two weeks and we won't see her for another five to six weeks," she said.

"It will be a little bit of a scary feeling not seeing her every day."