RPM Aerial Services created a custom container for a GPS tracker, and successfully lowered it onto an iceberg using a drone.

It was a tricky operation in heavy fog, but a company based in Holyrood recently used a drone to place a GPS tracker on an iceberg about two kilometres outside Petty Harbour.

Brian Lundrigan's company, RPM Aerial Services, partnered with a GPS manufacturer in Nova Scotia for the pilot project, which aimed to find a safe way to place a tracker on an iceberg without getting too close to the often unpredictable masses of floating ice.

"It was fairly challenging. The biggest difficulty was depth perception when you're a distance away from the iceberg, trying to see how close you are," said Lundrigan, who started the remotely piloted aerial service company about a year ago. 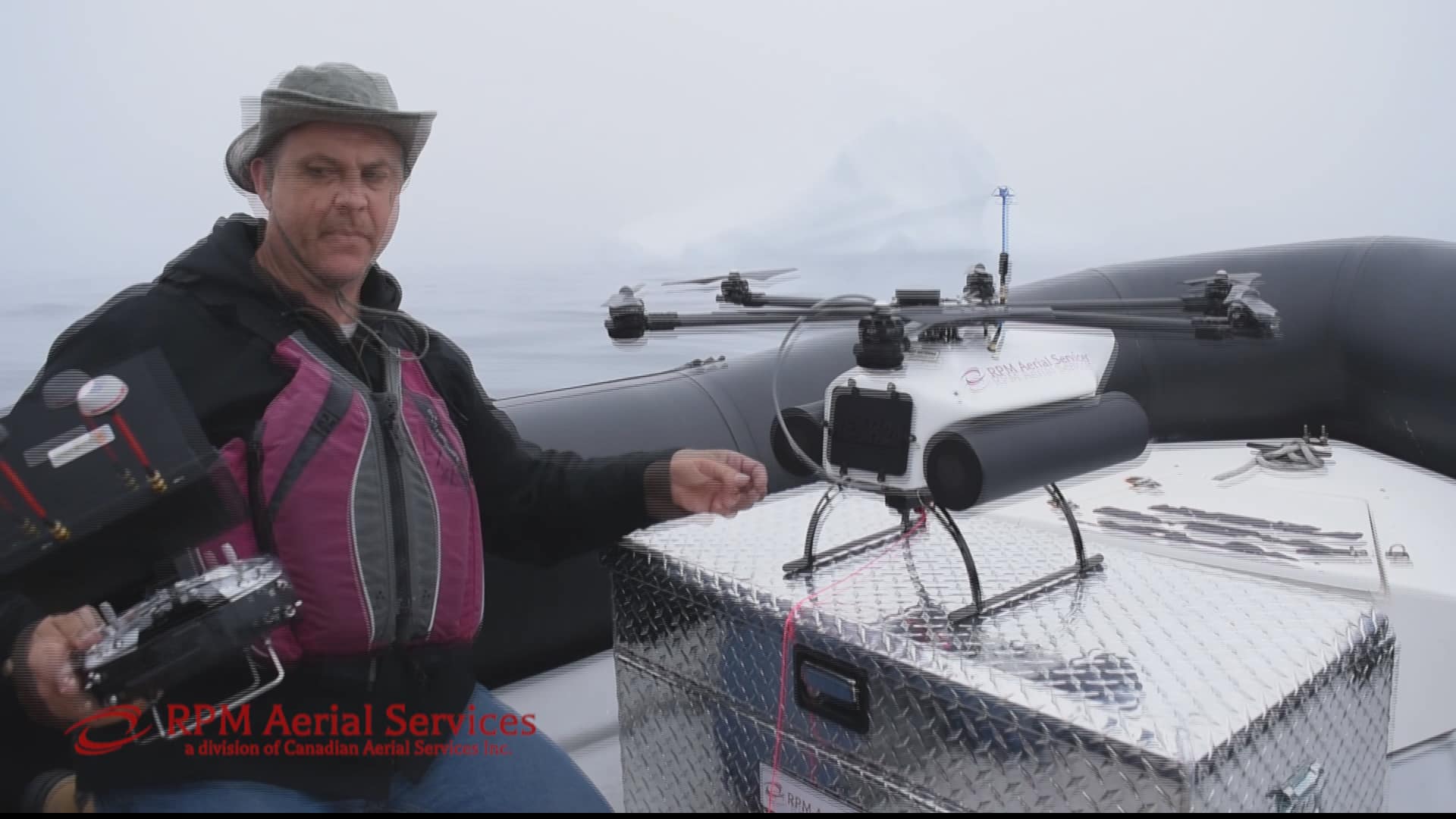 "Traditionally GPS trackers have been put on icebergs by other means. We believe UAV [unmanned aerial vehicle] technology could be used to do this cost-effectively and safely," said Lundrigan.

How it was done

He used a 3D printer to create a custom carrier for the tracking unit, which was attached by a rope to the drone.

Coming up with a way to keep the tracker on the slippery surface of ice was also part of the challenge.

So Lundrigan added spikes to the carrier, and designed it to roll so they would know when it came off the berg.

He operated the drone from a boat about 100 metres away from the iceberg, and flew it with the 800-gram tracker dangling from a 15-metre rope.

Federal regulations don't allow operators to drop anything from drones, so Lundrigan had to carefully place the tracking unit on the berg, where it stayed for 12 hours before slipping off.

"This was a demonstration project that we could do it, and not just for GPS trackers but for any technology."

Lundrigan said perfecting the process for other applications — such as attaching sensors to measure the heave, pitch and roll of icebergs — would be beneficial for the offshore oil industry.

"When an iceberg is a threat, understanding how big that iceberg is, its properties, would be very valuable," said Lundrigan.

"So maybe other sensors measuring heave, pitch and roll, being able to tell the size of the iceberg would be very important to supply vessels that have to deal with these threats."