Trudeau: 'Today, I humbly stand before you to offer a long overdue apology' 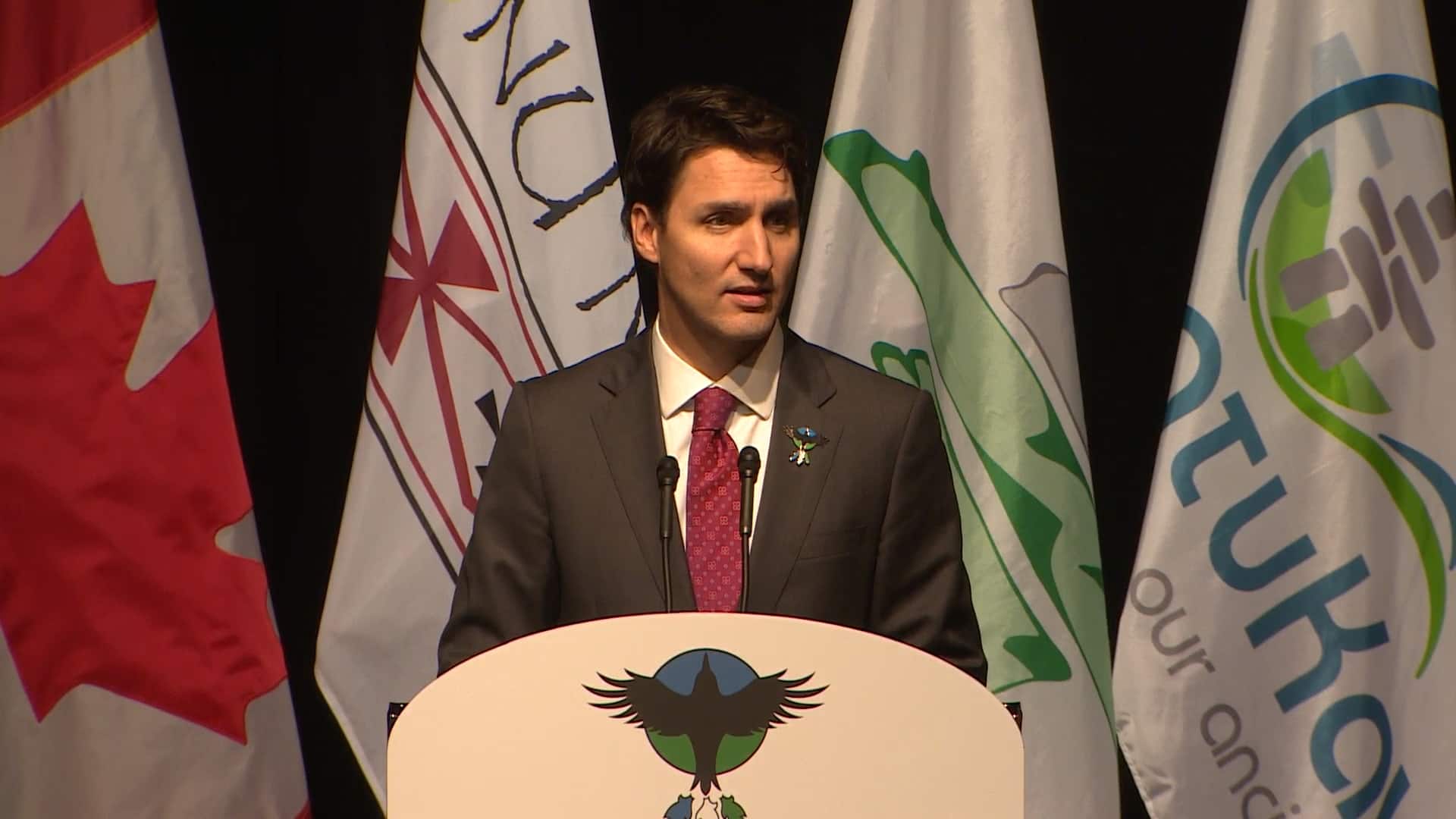 Thank you all for being here.

Before we begin, I'd like recognize that we are in the homeland of the Inuit and Innu.

We are here today to acknowledge a historic wrong.

At the turn of the 20th century, the Moravian Mission and the International Grenfell Association, with the support of the provincial government, established schools with dormitory residences for Indigenous children in Newfoundland and Labrador.

Five residential schools were built and operated with the stated purpose of providing education.

To Innu, Innuit, and NunatuKavut children, those who ran the schools promised better jobs, better opportunities and a better life.

And to their parents, they promised that their children would be cared for and provided for.

However, we know today that this colonial way of thinking led to practices that caused deep harm.

Punished for speaking their language, prohibited from practising their culture, the children were isolated from their families, uprooted from their communities and stripped of their identity.

They were made to feel irrelevant and inferior.

They were taught to be ashamed of who they were, of where they were from.

We know this because of the exceptional courage and strength of survivors, and other former students, who came forward and shared their stories.

Because of them, we now know the truth about the abuse students suffered and the trauma they endured.

Many were sorely neglected, and not properly fed, clothed or housed.

All were deprived of the love and care of their parents, families and communities.

These are the hard truths that are part of Canada's history.

These are the hard truths we must confront as a society.

Sadly, not all former students are here with us today, having passed away without being able to hear this apology.

We are sorry for not apologizing sooner. For not righting this wrong before now.

We honour their spirits and cherish their memories.

To the families, loved ones and communities impacted by the tragic legacy of these schools:

To all of you, we are sorry.

For far too many students, profound cultural loss led to poverty, family violence, substance abuse and community breakdown. It led to mental and physical health issues that have impeded their happiness and that of their family.

Far too many continue to face adversity today as a result of time spent in residential schools and for that we are sorry.

We are sorry for the misguided belief that Indigenous children could only be properly provided for, cared for or educated if they were separated from the influence of their families, traditions and cultures.

For too long, Canada has let you carry this burden alone.

In 2008, the government of Canada issued an official apology to the former students of Indian residential schools, but they failed to tell your story.

We know that the delay has caused you greater pain and suffering. The absence of an apology recognizing your experiences has been an impediment to healing and reconciliation.

Saying that we are sorry today is not enough.

It will not erase the loneliness you have felt; it will not undo the harm you have suffered.

It will not bring back the languages and traditions you have lost.

It will not take away the isolation and vulnerability you felt when separated from your families, communities and cultures.

It will not repair the hardships you endured in the years that followed as you struggled to recover from what you experienced in the schools and move forward with your lives.

But today I'm here to tell you, on behalf of the government of Canada and of all Canadians, that this burden is one you no longer have to carry alone.

That you can finally begin to heal.

The treatment of Indigenous children in residential schools is a painful chapter of Canada's history that we must confront.

Out of shame, out of denial, Canadians and their governments have turned a blind eye on this story because it runs counter to the promise of this country and the ambition of its people.

It's time for Canada to acknowledge its history for what it is: flawed, imperfect and unfinished.

It's time for us to recognize our failings in tandem with our successes, and live up to our principles we cherish and ideals we hold.

We know that it won't happen overnight.

But it is my hope that in apologizing today, in acknowledging the past and asking for forgiveness, that as a country, we will continue to advance on the path of reconciliation together.

The Newfoundland and Labrador residential schools settlement is an example of reconciliation in action, a settlement with healing and commemoration at its core.

All Canadians have much to learn not only from the hardship former students have endured, but from the incredible strength they have displayed in the face of adversity.

The bravery shown by former students, who made this settlement possible, and the resilience displayed by entire communities cannot be overstated.

I hope that you will continue to tell your stories  in your own way and in your own words as this healing and commemoration process unfolds.

Let this day mark the beginning of a new chapter in our history — one in which we vow to never forget the harm we have caused you and vow to renew our relationship.

Let this new chapter be one in which Indigenous and non-Indigenous people build the future they want together. 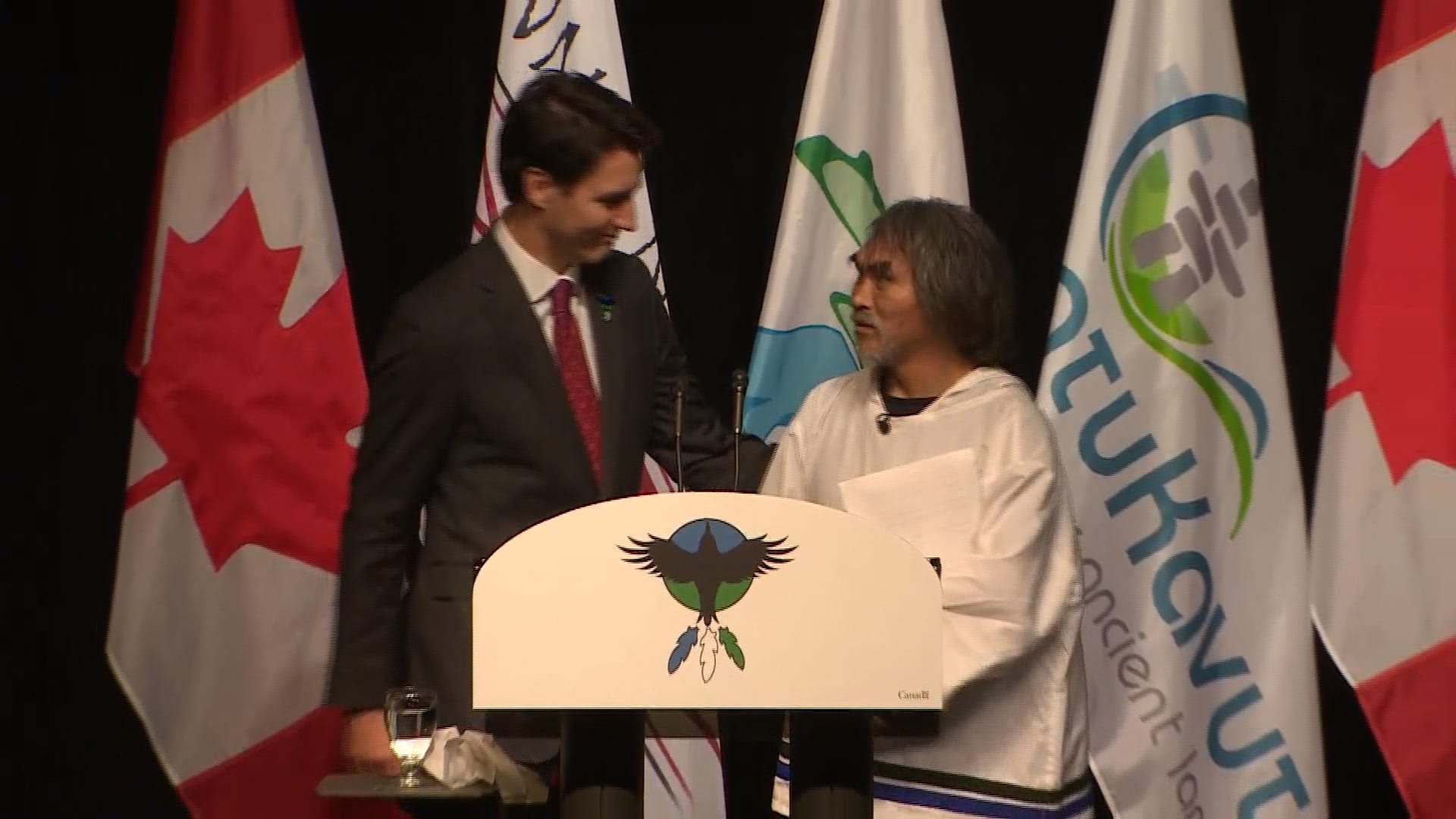 3 years agoVideo
10:34
It was a long time in the making, but this Labrador residential school survivor got the apology he's been waiting for 10:34
CBC's Journalistic Standards and Practices|About CBC News