Trolling: Why nasty commenters take delight in wrecking your day

What motivates someone to say something online that they probably would never say at the office or store? The CBC's Jane Adey took a walk under the virtual bridge, where hateful comments are far from rare.

Picture this. You're at a dinner party with friends. The host has just served the meal and everyone digs in. A couple of people pipe up and offer compliments like,

"The roast beef is delicious," or "What a nice salad, can you tell me what's in the dressing?"

But then, someone stands up at the table and yells, "This is the worst meal I've ever eaten. What a waste of a perfectly good roast. Where'd ya learn to cook, prison?" 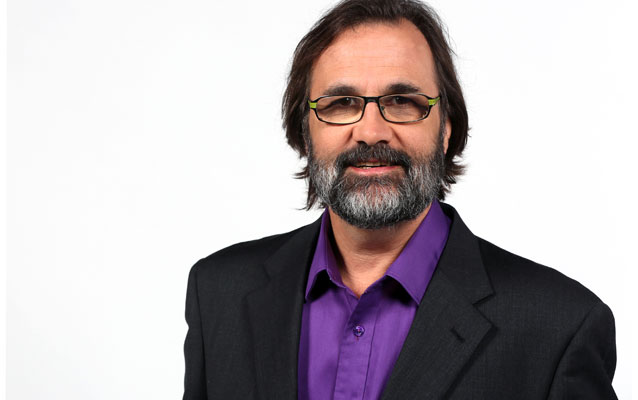 On The Go from CBC Radio Nfld. and Labrador (Highlights)36:23Trolling: The nasty side of online comments
Listen to Jane Adey's series for On The Go on why anonymous commenters unleash their spite against the rest of us .​

In the online world, that person is known as a troll. Someone who makes nasty, negative comments, it seems, just for sport.

In the context of online news stories, the troll's intention is to steer people off topic.

They want to disrupt and provoke people into an emotional response. All news organizations struggle with trolls at some level and the CBC here in Newfoundland and Labrador is not immune either.

Taking a look under the bridge

For a series for CBC Radio's On the Go (you can hear all the pieces by clicking the audio player above), I was asked to dip into this dark, under-the-bridge world and try and figure out what's behind the behaviour and generally, what people think of this online hatred.

I'll admit, I hadn't come across it very much. I had heard our web writers refer to some regular commenters who seem to have their cranky pants on all the time. They have names like "Froglips" and "Betterthanyou" and their primary goal seems to be to inflame and irritate.

It's bullying. They're just cowards. They're not showing their faces, they're not telling their names — it's just plain bullying- Student William Pennell

We thought it would be interesting to get a child's perspective on this phenomenon, since it seems to be such childish conduct. I was looking for a precocious bunch of youngsters who wouldn't shy away from a microphone.

A fellow reporter suggested an acting group at the Arts and Culture Centre and they were the perfect performers for a little troll experiment. I asked the children, who were between eight and 11, to read through a bunch of comments, written by online haters, taken from our own CBC website.

I first explained the story that prompted reaction from readers. One example was a story about a couple of women who had been driving on the Lewin Parkway, in Corner Brook, when their car was struck by a 45-kilogram boulder.

The rock had shifted and fallen during a heavy downpour.  The women weren't hurt and one of them claimed "god was with us."

"Betterthanyou" weighed in with this comment: "If there is a god, and he had nothing better to do than hang out in Corner Brook, why would he have tossed that huge rock at your car to begin with? Karma perhaps?"

Another example I outlined for the kids, was a story that ran around Christmas time. It was about the community of Salvage and a unique festive tradition, a Christmas tree made out of lobster pots.

"Froglips" offered his grinch-like opinion:  "Listen up people, do you hear there? This is the stupidest idea I ever came across. Obviously too much EI recipients in the community with too much time on their hands. Must be fisherman….and it makes me wonder."

Making the rest of us wonder

The comments made the kids I interviewed wonder, too.  To them, it didn't sound very adult-like.

"I would say grow up and act your age," said Jacob McAlister.  "They think they're funny and that they're cool but it's actually not very nice at all," said Katie Martin.  William Pennell called the trolls out. "It's bullying. They're just cowards. They're not showing their faces, they're not telling their names — it's just plain bullying."

In fact, bullies and trolls do have a lot in common according to Dr. John Suler. He is a psychologist and professor ar Rider University in New Jersey, and is best known as one of the first "cyber-psychologists" and the author of The Psychology of Cyberspace.

Suler says the online world has become a playground for the sadistic, sociopathic personality.

"They're there to inflict pain because they like that," he said. "Not all the time, but often you see people with a history of being abused. They were the victims. They were vulnerable. They were hurt and now, as a way to compensate for that, when they grow up and become adults or when they go online, they turn that feeling of passivity or vulnerability into aggression. 'I'm going to do to others what was done to me.'"

The CBC's website across the country handles 500,000 to 600,000 comments a month. Sometimes the number is as high as 30,000 comments a day. I asked Marissa Nelson, the senior director of digital media for CBC, if trolling had become a big problem for our organization.

Policing anonymity can be difficult

I remembered little William Pennell's comment when I interviewed Marissa Nelson. He called the trolls cowards for not showing their faces or revealing their names.

As a reporter, I would never be allowed to air a story without first knowing the identity of the person. Nelson says in the online world, anonymity is a difficult thing to police, because anyone can create a fake account.  "There's a difference between journalists and commenters.  The comments are not journalistic content and they are not covered by our journalistic standards and policies," said Nelson.

On CBC's Facebook page, Nelson points out that comments can be just as cruel and insensitive and in that online forum, many commenters use their actual name.

In terms of deciding what comments get through on CBC's site, Nelson said it's more of an art than a science. CBC employs a company that moderates comments. If the hate from "Froglips" and "Betterthanme" meets the standard, I can only imagine how horrible the comments are that don't measure up.

Russell Wangersky knows that level of trolling first-hand. A long-time journalist and Atlantic regional columnist with Transcontinental Media, he moderates online comments as part of his job at The Telegram.

They were the victims. They were vulnerable. They were hurt and now, as a way to compensate for that, when they grow up ... they turn that feeling of passivity or vulnerability into aggression- John Suler

"I see the trolling comments that nobody else even gets to see because they are so hideously offensive that you can't even put them on the internet, because they are just foul," he told Ramona Dearing of Radio Noon's Crosstalk.

"I mean they are brutal."

Wangersky has even taken to warning people he interviews.

"I tell them don't read the comments and if you end up reading them, don't engage. If someone comes on and says something horrendous, don't respond to it because they will just respond more brutally."

In my research for the story, I contacted a couple of people who had been trolled after stories about them aired on our CBC website.

Both were so traumatized by the experience, they declined my request for an interview.

A single encounter can be devastating

According to Wanda Cassidy, that is not an uncommon reaction. Cassidy, a professor at Simon Fraser University who studies the impact of cyberbullying, says one encounter with an online aggressor can often be enough do damage.

"We used to think that bullying had to be repeated like over and over again like in order to be a bully you had to do it many times but with cyberbullying sometimes it's just once," says Cassidy.

"What we've found in our own research is that it is really quite devastating. Mental health, physical health, level of anxiety, sleeplessness, some people not wanting to go to work, losing work days, not knowing how to stop it."

Cassidy says society as a whole needs to take this issue more seriously.

"We need to look at what laws are in place and are the laws effective enough to deal with what's happening in the cyberworld and I would suggest that they are not," says Cassidy.

The United Kingdom has something called the Malicious Communications Act. Proposed new laws could see that jail term increase from six months to two years behind bars.

Claire Hardaker isn't optimistic that it will be enough of a deterrent for trolls. She's a professor at Lancaster University who studies aggression, deception and manipulation in computer-mediated communication, including trolling and cyberbullying.

Hardaker says even with a heavier legal threat, nailing trolls or cyberbullies will continue to be challenging.

"Whilst a law change is a good thing, we also have the issues of identifying who sent the message, in the case of Twitter, say, they don't keep very much of that information so finding that individual is quite difficult. Proving that they sent it and that they meant it maliciously, that they really were going to carry out that threat or that they meant to scare somebody," said Hardaker.

She says before resorting to legal action, we all have a role to play in creating a healthier environment online.

"One of the ways that we need to explore much more than we do right now is helping people to remember and recognize that the person on the other side is a human being. I think working right from the ground up with very young children, saying be kind to people online, remember how it feels when it happens to you, all of that kind of consideration," said Hardaker.

And considering the various interviews I did for our series on trolls, it might be the very young children who could teach adults a thing or two about how to behave online.

I remember how 10-year-old Anna Winter responded to me when I asked her about troll comments on our website, and what she might say to the people spewing nastiness and negativity online.

Without hesitation, she looked at me and confidently said. "If you don't have anything nice to say, don't say anything at all."