Walking the Trail of the Caribou

Learn about the making CBC's new documentary on the Royal Newfoundland Regiment's journey through the battlefields of the Great War.

To mark the 100th anniversary of the Battle of Beaumont-Hamel this week, CBC will tell the story of the Newfoundland Regiment through a new documentary called Trail of the Caribou.

CBC Newfoundland and Labrador has been working on the project for more than a year, and now audiences are finally starting to see the film that sees hosts Mark Critch and Allan Hawco follow the steps of their own ancestors during the Great War. 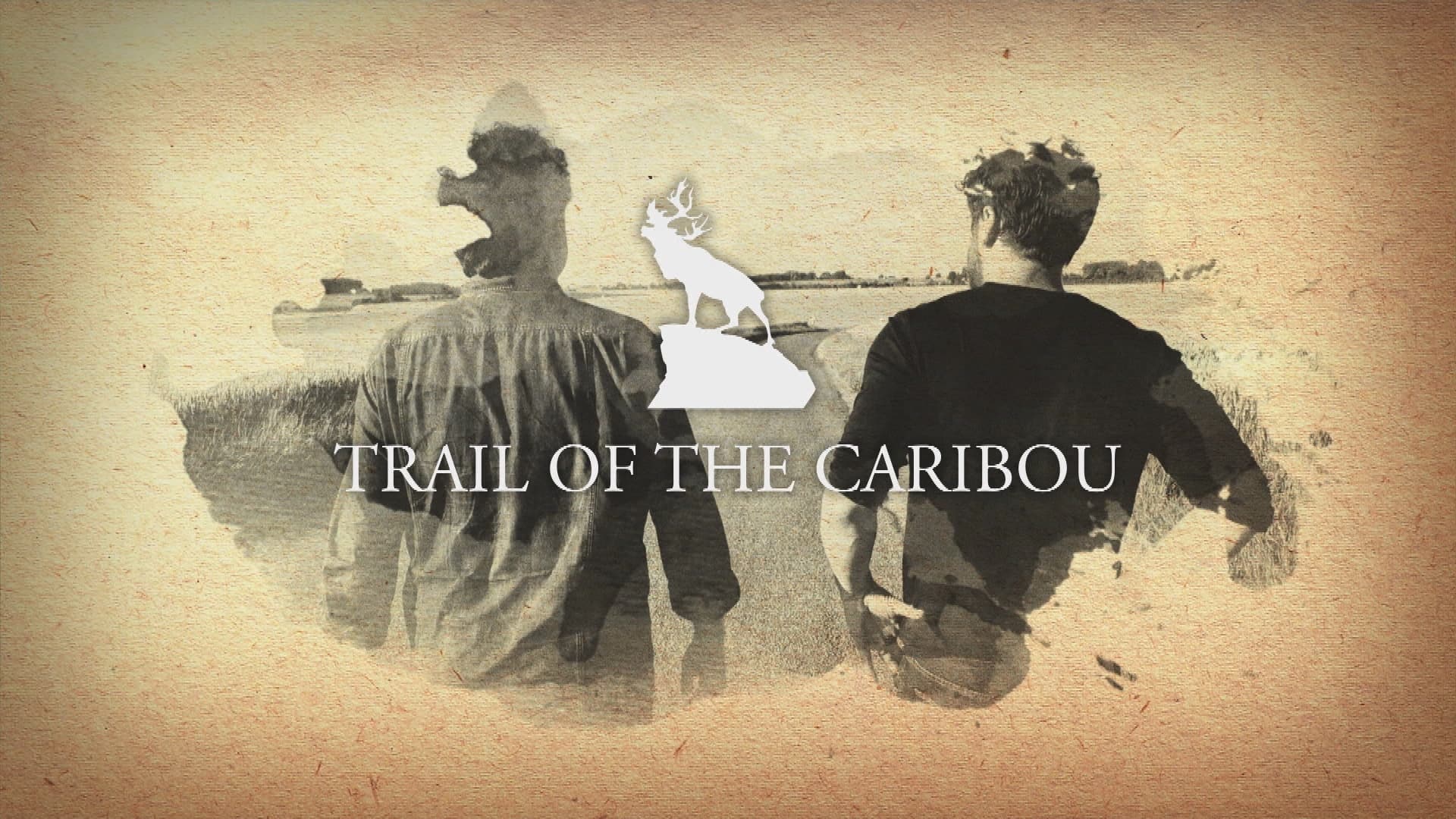 Trail of the Caribou

4 years agoVideo
2:34
In preparation for the 100th anniversary of Beaumont Hamel on July 1st, Allan Hawco and Mark Critch are telling the story of the Royal Newfoundland Regiment through a documentary called Trail of the Caribou. 2:34

Filming in the towns, fields and even actual trenches of the Regiment's battles was no easy task, and had to be handled with a degree of respect that runs contrary to the hustle and bustle of a chaotic film set.

So to find out more about finding that balance, we sat down with producer Rod Etheridge to get a sense of what it was like filming on those grounds that many Newfoundlanders and Labradorians consider sacred.

What did you set out to do when you started planning The Trail of the Caribou?

Myself and a colleague, Ted Dillon, got together about a year and a half ago, and Ted said, "The 100th anniversary of Beaumont-Hamel is coming up. Let's talk about doing a documentary." I thought, What can we do with a story we've all heard, and how can we do it differently?

I went back to Ted and said, "What if we approach it with the question, what did we lose that day?" What did Newfoundland lose 100 years ago with regards to people and potential? How many Joey Smallwoods, how many John Crosbies, how many Mark Critches, how many Danny Williams?

How was this province — back then, it was a country — affected by that one day, July 1, 1916, in Beaumont-Hamel, France?

How do we tell young people what we lost? We decided to focus on telling young people about not just Beaumont-Hamel, but every place in France and Belgium where there is a commemorative caribou telling what the regiment did during the war. Then we thought, "Well, who can best tell that story to young Newfoundlanders?" That's when we approached Allan Hawco and Mark Critch, and it turned out that they were history buffs who knew everything you could ask about the Royal Newfoundland Regiment and are so passionate about this province.

We took the idea to them, and it was Allan Hawco who said to me, "Well, if we really want to do this story justice, we should start in Gallipoli. There is no caribou there, but that is where Newfoundlanders fought first."

What sort of things did you discover along the way?

In Turkey, in Gallipoli, I didn't know that the Newfoundlanders were affected so much – not by the bullets being fired at them, but by the sickness, the dysentery that hit them because of the terrible conditions they were in. They were living in water-filled holes in the ground. No proper food, insects and bugs and rats — the disease is what took them out of action, or even killed them.

What impressed me when we went to France is just how small the area of Beaumont-Hamel really is. When you walk into what is called Newfoundland Park, and you look across to what was the Allies' front line and what was the Germans' front line, you realize that on that small piece of land, Newfoundland's history was changed forever. That threw me for a loop when I saw it.

I was also struck by how beautiful northern France is. You always hear about the green fields of France, and then you get there and see how beautiful it is and realize it's where all the bloodshed was. That was quite a realization.

Hundreds, if not thousands, of lives in Newfoundland were affected by that war. How daunting was it to choose which stories to tell?

It was tough, because there were so many incredible stories of hardship and heartbreak.

We decided to make it personal and tell the story of Allan's relative, Walter Greene, who was a war hero. During our research, we realized that Mark had a relative [J.J. Tobin, a barber in St. John's] and we learned that coincidentally, Mark's relative and Allan's relative were best friends. They sailed off together on the same ship, they fought together in Gallipoli. They fought together in France. One survived being shot more than 30 times, the other had dysentery. When we learned that story, we realized that was how we approach the documentary.

How important was it to have Allan Hawco and Mark Critch host the documentary, not just celebrities for hire but two people with actual personal connections to the story?

It was very moving, and I'll tell you a story. Alan Doyle was on tour at the time in Germany, and he joined us in Beaumont-Hamel for the ceremony on July 1, 2015, but also to walk the battlefields with us. I've always heard those guys do interviews and they always talk about Newfoundland and their passion for the place. But working with them, sometimes dealing with them practically every day, that passion for Newfoundland is really there. It's really true. I can't think of better ambassadors for Newfoundland and Labrador.

I'll give you an example. To shoot a TV documentary is really messy. There are wires and cords and cameras, and you're running everywhere. Allan Hawco would stop us and say, "Hey guys, we're in a graveyard. Let's slow down and make sure we show respect." I was so moved by him and Mark Critch, when they would stop, and despite having to make the documentary and the whole film part of the world, they would stop and say, "Hey, we have to show some respect when we're going through this military battlefield."

Parks Canada, which runs the site of Beaumont-Hamel, was really good to us. They gave us access to the trenches that no one was allowed into. The actual trench where Newfoundlanders came out and went over the top and were massacred, we filmed in that trench. But the first thing Allan said to us that day in the trench was 'hey guys, don't forget, we're on sacred ground, and let's remember that as we're shooting.'

That to me said a lot about those fellas.

What was it like dealing with some of the local people in the European communities you were filming in?

I found it fascinating. All through northern France when you said you were from Newfoundland, they knew right away where it was and why you were there. There's still a lot of respect for Newfoundland over there and I found that incredible because I was never in France before and it was a world away, but to go to a tiny place like that and realize they still hold Newfoundlanders in awe — that was very fascinating.

Now that people are finally starting to see the documentary, what has the reception been like?

It's a bit intimidating to think, "This is actually going to be played in movie theatres, this is going to be on TV right across Atlantic Canada and later in the fall across Canada." 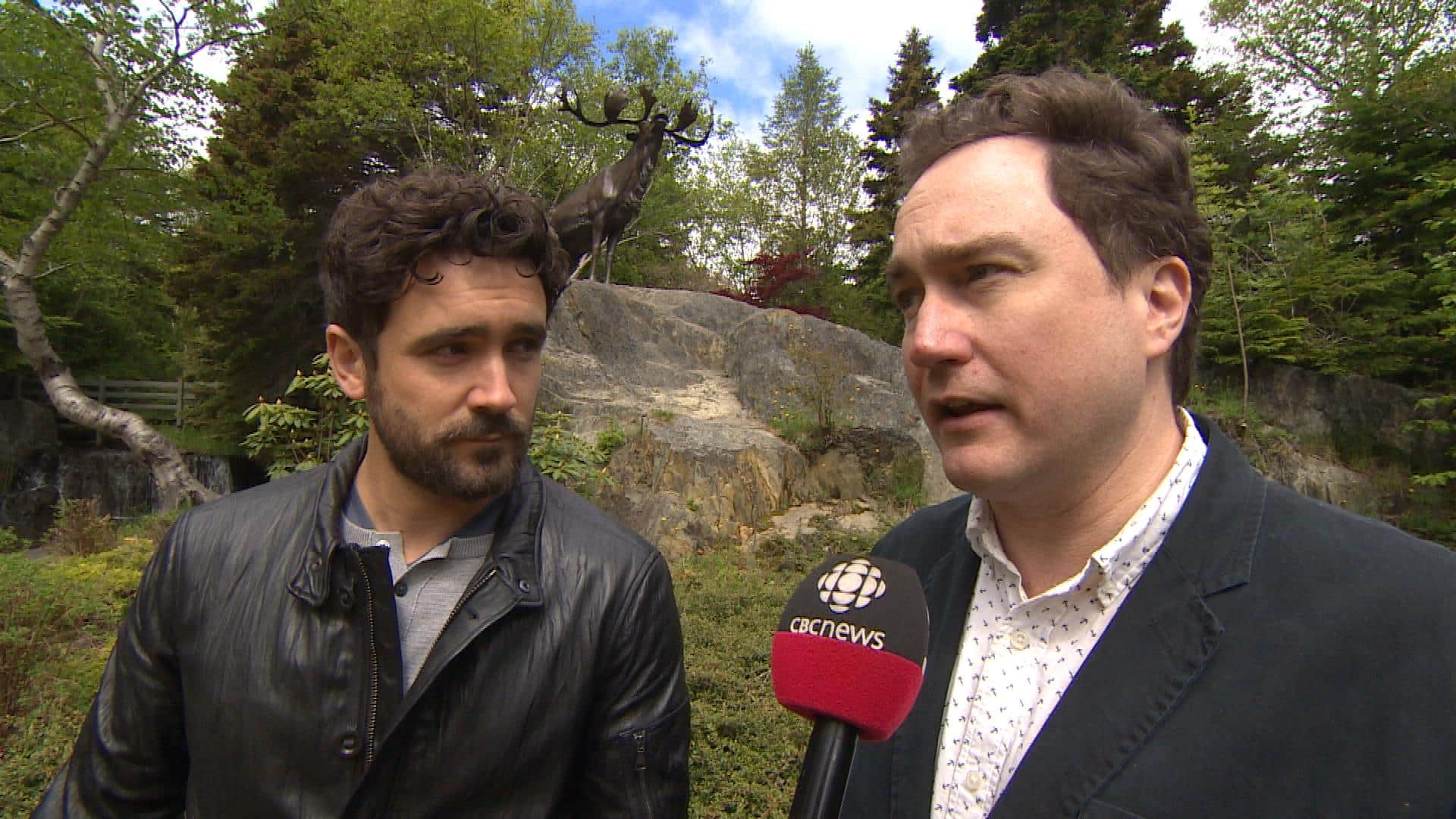 The Trail of the Caribou

5 years agoVideo
5:02
A new film about the Newfoundland Regiment's role in World War I will feature two familiar personalities from the province. Allan Hawco and Mark Critch talk to the CBC's Debbie Cooper. 5:02

It was fascinating to go film all of that and shoot 19 hours of video and then scale it down to a one-hour TV documentary. Even when I see it today, I think, wow, what a compelling story.

Click this link to learn more on Trail of the Carbiou, including information on screenings.

Geoff Bartlett is an educator and journalist in Corner Brook.