Fiery accusations over a single phone call opened question period at the House of Assembly Monday, revealing lurking suspicion from the PC Party about Liberal ties to the provincial police force.

Fiery accusations over a single phone call opened question period at the House of Assembly Monday, revealing lurking suspicion from the PC Party about Liberal ties to the Royal Newfoundland Constabulary.

The rapid-fire, Opposition-led interrogation took place one week after CBC News reported details of the breach of confidence that led to a Liberal caucus member having her cellphones seized and losing her place in cabinet.

PC Leader Ches Crosbie demanded Monday to know why the premier hadn't yet removed Tourism Minister Bernard Davis from cabinet, insinuating that Davis had phoned the RNC chief with the intention of meddling in an RCMP investigation of his fellow Liberal member, MHA Sherry Gambin-Walsh.

That investigation eventually found wrongdoing, determining that Gambin-Walsh had disclosed confidential information about an RNC promotion to one of the force's inspectors.

The RCMP did not file charges, however, noting that no one benefited from the action.

Gambin-Walsh acknowledged to CBC News last week that she made a mistake.

Davis, meanwhile, did make a call to the Royal Newfoundland Constabulary around the time the investigation went public, but no charges have been laid in regards to that call.

Davis told reporters he talked to Boland in general terms, and did not ask about the Gambin-Walsh investigation.

"That wasn't part of the discussion at all," he said outside the House of Assembly. "It was talking about, in general terms, how he was doing. Because I could hear through the media and other sources that he was having a hard time within the police force."

WATCH | Tourism Minister Bernard Davis insists he did not ask RNC Chief Joe Boland about an investigation during a conversation: 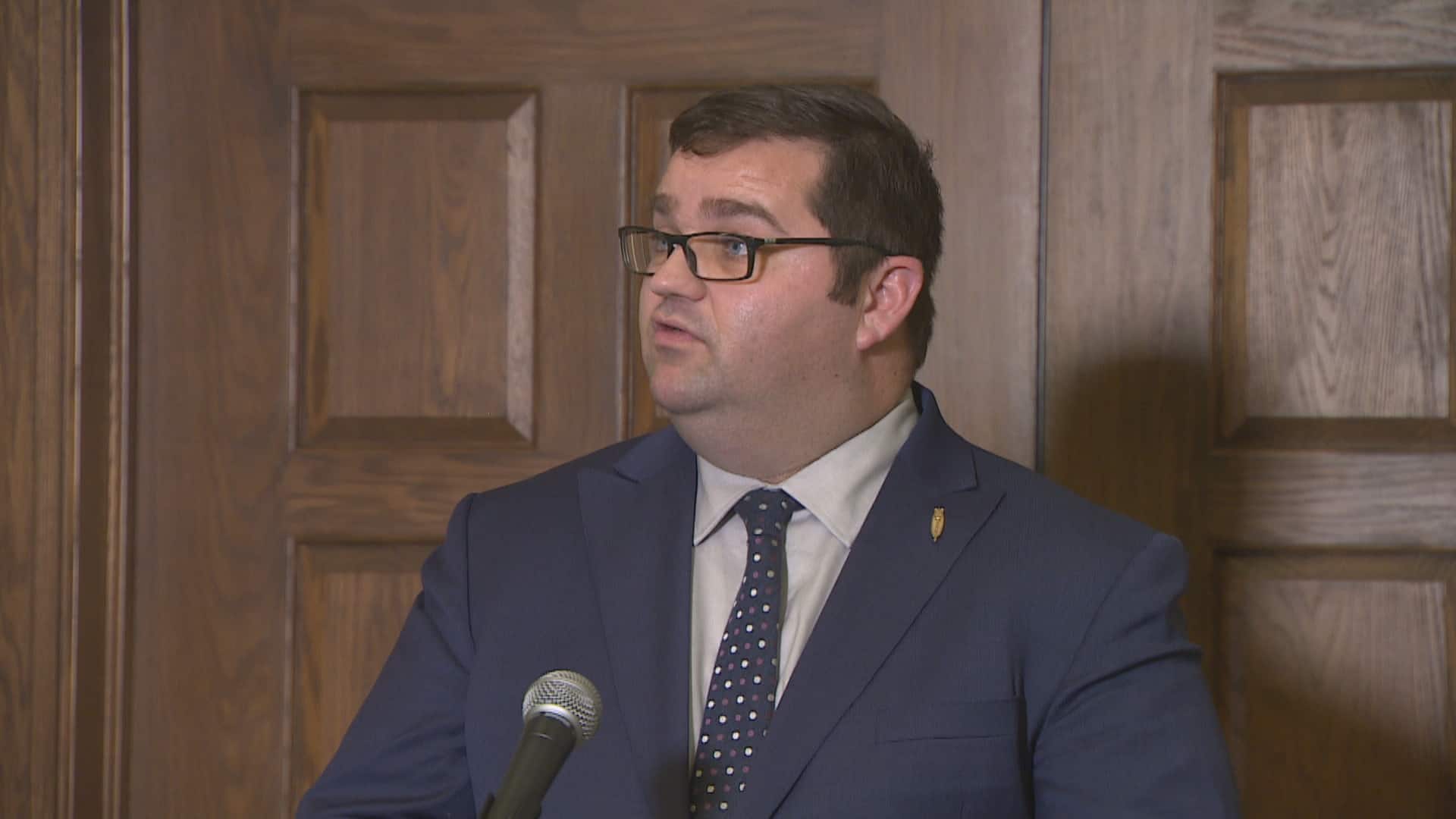 Tories call for tourism minister to be pulled from cabinet

3 months ago
1:54
Tourism Minister Bernard Davis denies he asked the chief of the Royal Newfoundland Constabulary how an investigation was going 1:54

"I was happy with the results of the investigation as they were provided," said Premier Andrew Furey, in response to Crosbie's suggestion of interference. "There's nothing further to add here."

On March 10, RNC Chief Joe Boland received a call from Davis asking how the investigation was going, according to the search warrant. Chief Boland told him he could not discuss it.

Davis on Monday acknowledged that phone call but denied that he asked about the investigation into Gambin-Walsh.

Crosbie further grilled the caucus, asking Davis when he first learned about the RCMP investigation.

"The chief reached out to me on the fifth of March, to ask me the process," Davis said. "I didn't know there was going to be an investigation until it came out publicly."

"We'll all have to remain in a state of suspended mystery as to why the chief of police would reach out to the minister of tourism," Crosbie replied.

He then asked Davis whether he believed it was appropriate to call the chief about an ongoing criminal investigation involving a colleague.

Davis again denied wrongdoing. "I didn't know there was one," he said.

"I called the chief of police on a personal matter that was dealing with how he was dealing with other things that were happening within the police force at the time, that I had heard through the grapevine.

"All I was doing was asking how a gentleman I had known for over 20 years … was dealing with it."

Davis added that long-term relationship is why Boland called him five days earlier looking for advice on how to proceed with the RCMP investigation.

Davis said he referred him to the Department of Justice at that time.

Boland declined an interview request on the matter. "Chief Boland is unable to provide further discussion as this is related to an ongoing investigation," a spokesperson told CBC News.

The RCMP did not confirm or deny an ongoing investigation of Liberal and RNC dealings. However, a spokesperson said the RCMP has received some information that is currently being assessed.

"Assessment would happen prior to any decision on initiating an investigation," the spokesperson said.

With files from Rob Antle