Over the past 13 years, the number of Newfoundland and Labrador communities with high levels of chlorination byproducts in their drinking water has nearly doubled. 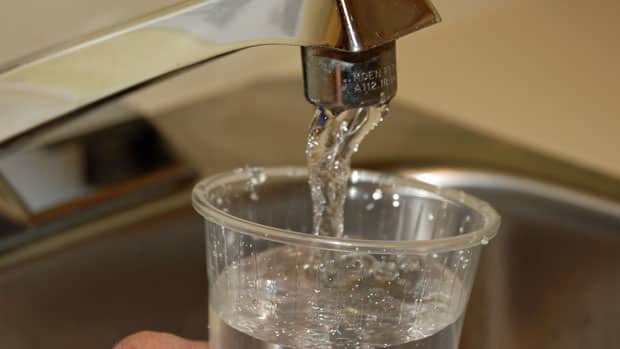 8 years agoVideo
7:47
Number of N.L. towns with high levels of chlorination byproduct has nearly doubled since 2000 7:47

Bonavista town clerk David Hiscock is frustrated. He says he has consulted with experts about the possible long-term effects of trihalomethanes, or THMs, in the local water supply.

He says he feels he is getting mixed messages.

"Why on the one hand do they say it may never cause a problem, why on the other hand would they come out and have parameters set and do the testing and tell you that you're over the [THM] limit?" Hiscock told CBC News.

"So you're frustrated and confused."

Bonavista is not the only town in the province dealing with levels of THMs and HAAs, byproducts of chlorination, that exceed federal guidelines.

In fact, over the past 13 years, the number of Newfoundland and Labrador communities with high levels of THMs in their drinking water has nearly doubled.

And more than 160 water supplies in the province currently exceed HAA guidelines.

Despite the rise in affected communities, the provincial government insists high chlorination byproduct levels are better than the alternative — problems caused by a lack of chlorination in water supplies.

And cost is an issue in finding a more permanent fix for the problem in many areas.

The issue became widely known in 1999, after CBC News filed an access-to-information request for the levels of THMs in water systems across the province.

In 2000, then Environment Minister Oliver Langdon finally released that information, revealing that 68 public water supplies in 63 communities had levels of THMs that were above Health Canada guidelines.

In the latest report, the number of water supplies with high THM levels has nearly doubled, to 128. In total, 119 communities are affected.

The issue is more strictly enforced south of the border, with regulations in place rather than guidelines.

In Newfoundland and Labrador, there are towns with levels that are up to five times higher than Health Canada's guidelines suggest.

The provincial government uses chlorine to ensure that tap water is safe to drink, killing possible disease-causing bacteria like salmonella and E. coli, and other microbes.

But problems with chlorination arise when used on surface water supplies, like ponds and rivers. Those bodies of water can collect organic material, like dead leaves and animal waste, and when that matter comes into contact with chlorine, it can react to produce disinfection byproducts.

The most common form of disinfection byproducts are THMs, which includes chloroform, a possible carcinogen.

Health Canada's website states that there are risks involved when chlorinating water.

Several studies on humans have found a link between long-term exposure to high levels of THMs and a higher risk of bladder and colon cancers. Health Canada reports that high levels of THMs have also been linked to a possible increase in miscarriages and stillbirths.

Residents don't have to directly drink the water to be possibly affected by these disinfection byproducts. According to the Centers for Disease Control and Prevention website, those who take hot showers or baths face more exposure to THMs through skin contact and inhalation than through drinking water.

Health Canada and the provincial government both say that the benefits of chlorination outweigh the possible risks associated with THMs.

"We are making sure we're addressing the most immediate danger to [residents], which is to make sure that there is nothing in the water that's going to make them sick," Environment Minister Tom Hedderson said.

"We believe that it would take a lifetime of exposure to THMs to make some significant differences to your health."

Hedderson acknowledges the province is responsible for water testing, but says it's up to the towns to relay information about THMs in local water supplies to the public.

"If an anomaly comes up with regard to any risk to the residents, we would jump on that immediately," he said.

"But with THMs, that's a long-term one, so naturally, when we release our results, that would go back to the municipalities, and it's up to them then... to put an advisory out that says, 'Here's the state of your water.' "

Many residents in Pouch Cove aren't thrilled with the quality of their local water. Some say it's not fit to drink.

THMs are not the only disinfection byproduct that's showing up in alarming amounts in water supplies in Newfoundland and Labrador.

Health Canada guidelines state that haloacetic acids — more commonly known as HAAs — should not exceed levels of 80 micrograms per litre.

But in the province's latest water reports, 148 communities covered by 163 public water systems have HAA levels above the guideline.

And there's a crossover: many of those communities with high THM levels also have high levels of HAAs.

There are several types of HAAs, but there are three in particular that could be bad for human health. TCA is a possible carcinogen, while DCA and DBA are classified a step above that, as probable carcinogens. Numerous studies have shown links between these types of HAAs and tumours in animals.

The Federal-Provincial-Territorial Committee on Drinking Water recommends that "every effort be made not only to meet the guideline, but to maintain concentrations of haloacetic acids as low as reasonably achievable."

She says the water from her taps looks like steeped tea, and when it's used for cooking, it turns salt meat black.

Like many residents, Vern Noseworthy gets his water elsewhere.

"The big majority of people from Pouch Cove get their water from the Lions Club. Some do like me: go to a relative or good friend and use the artesian well," he said.

Tobin says she takes a trip to the Lions Club every two to three days to use their well water. She fills up two five-gallon bottles with water during each visit.

But while the colour and sometimes chlorinated taste might be a turn off, it's what residents can't see that might be an even bigger concern.

In Pouch Cove, the current THM level in the province's latest report is 339.25 — more than three times higher than the national standard.

Tobin was shocked to hear this news.

"You don't know what you're drinking, and it's ridiculous," she said.

Some residents in Bonavista are more aware of the situation.

Elizabeth Zemdegs has gone over the figures in her town's water reports — Bonavista currently sits at 265.75. She says there's not a lot of information available about what that number means.

"People are very scared, because they know something's wrong," she said.

"You can buy four litres of water, and that doesn't take you very much through the day. And they're very upset about it, because it's been going on for a long, long time. And no one's giving them answers."

John Werring, the senior science and policy advisor with the David Suzuki Foundation, says the government should have done something about this issue a long time ago.

"If the government has known for over a decade of these high levels, and we know of the potential health effects to humans, I think the concern that people have should be is, 'Why isn't government acting?'

"And the longer that action is delayed, the more possibility [that] more and more people will get sick."

"It's not a problem that can't be dealt with, and it's not just specifically because we're chlorinating the water. There's nothing wrong with chlorinating water; it actually makes a lot of sense, because it does kill a lot of  organisms and bacteria that could affect humans as well. But on top of that, there are ways to deal with this, there are technological fixes," he said.

Town officials in Pouch Cove say more can be done to improve their water system, but extra money is needed to do it.

With money in short supply, there are no immediate plans in the works.

It's a fact that most Pouch Cove residents like Vern Noseworthy are aware of.

"Well, it would be really nice if you could just turn on your tap and use your water, but a small community like Pouch Cove cannot afford a big filtration system," he said.

And towns like Bonavista have discovered that those prices are astronomical.

"So we can't even afford the capital costs."

Meanwhile, the environment minister says there are things that residents can do if they're concerned about the levels in their respective areas.

"If you are in a community where there are any levels of THMs, you can put a filter system on your home water," Hedderson said.

Hedderson says residents can also purchase personal water filtration systems, in the form of a jug with charcoal filters, that are designated to remove THMs. ("NSF Standard 53" should be on the label).

"As long as the filter is certified for THMs, you can be assured that your drinking water is relatively free of them," he said.

To ensure the filters work properly, residents need to follow the directions and change the filters as required.