'I think my mom was more proud than me,' says Jacob Dicker.

When Ryan Andersen, Jacob Dicker, and their teammates stepped onto the volleyball court at Deer Lake's Elwood Regional High School on Sunday morning, they became the first athletes to ever compete as Team Indigenous at the Newfoundland and Labrador Winter Games.

On Tuesday, after a gruelling round-robin tournament and a fiercely competitive playoff run, they defeated the Central/ Gander regional team to earn a bronze medal — another first in their short history.

"I can't stop smiling for that one, I'm too proud for it," Andersen said when they arrived at Goose Bay Airport on Wednesday, with his bronze hardware draped around his neck.

"I think my mom was more proud than me," teammate Jacob Dicker said with a laugh.

I can't stop smiling for that one, I'm too proud for it.- Ryan Andersen

Competition was tough for the players, who primarily come from communities along coastal Labrador, such as Nain and Hopedale, where they have a smaller pool of athletes to choose from than more densely populated areas. 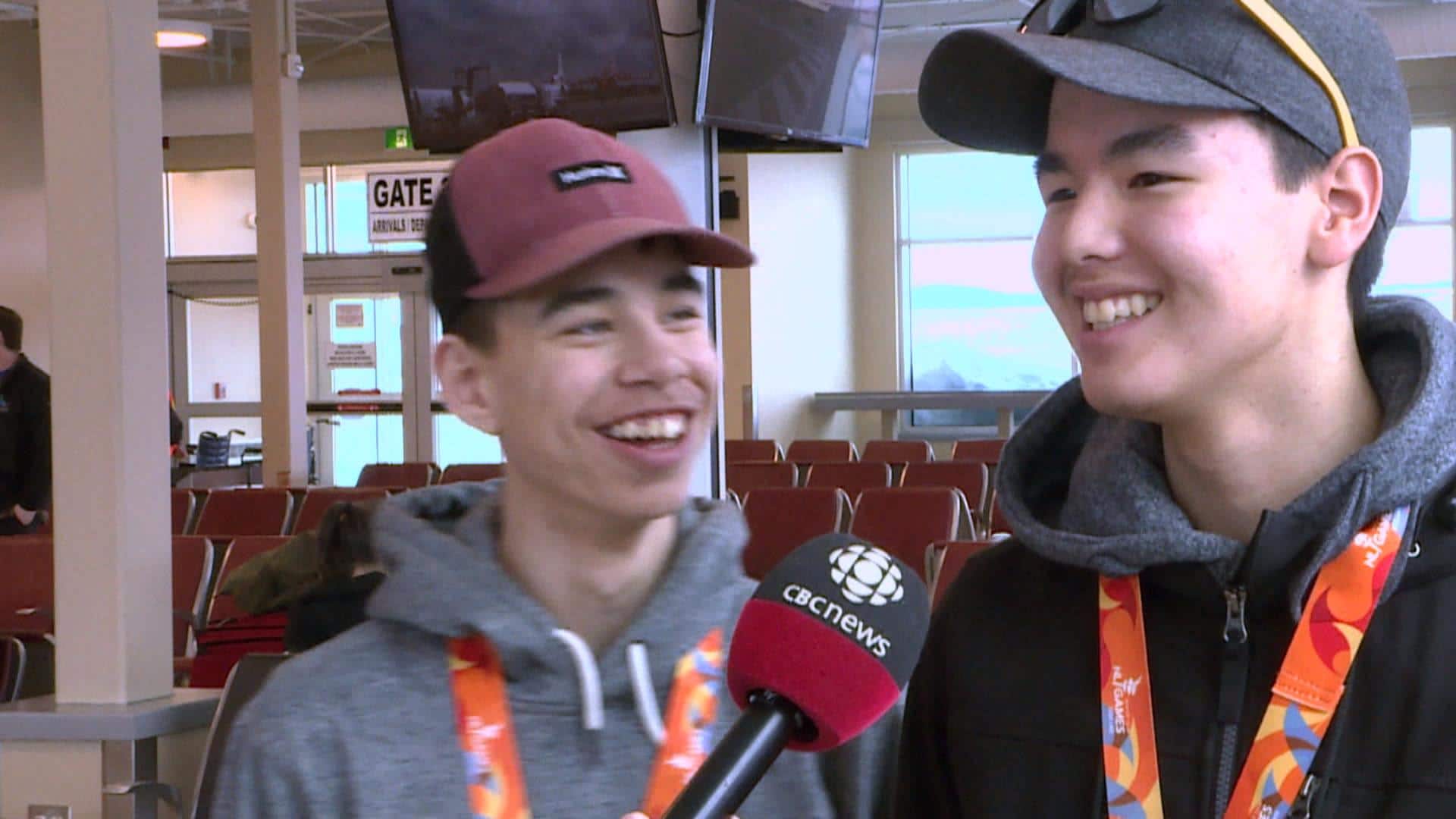 Both Andersen and Dicker admit they were intimidated upon first watching the other teams on the court.

"Once we seen Eastern and [Western] Storm playing, we thought we wouldn't do great. They were a great team and they got gold and silver overall," Andersen said.

"They were huge. They're tall. And their arms are like that long," Dicker added.

Developing teamwork on the court

In addition to the smaller population, each of the coastal communities is relatively isolated from one another. The geographic separation prior to the games meant they only had a couple of days to learn how to function as a team.

"We practiced twice overall and mostly I played with Jacob," said Andersen. "But that's one person out of all of us. When we got third, it's quite a surprise for only two practices."

Team manager Baos Mitsuk had his own reservations about the lack of practice time leading up to the games, but said he became more impressed by their teamwork each time he saw them play together.

They were underestimated, he said.

It's just so good to see them come together as a team and start playing their own game.- Baos   Mitsuk

"After each game, their performance kept getting bigger and bigger. Just more of a confidence booster for them. And it's just so good to see them come together as a team and start playing their own game."

The 2018 Winter Games mark the first time a dedicated Indigenous team has competed at the provincial level.

Mitsuk believes it's an important step toward greater recognition for the various Indigenous groups living throughout the province.

He's also proud of the positive feedback his athletes received from other teams at the games.

"Everybody was amazed with how talented they was. They didn't realize [we would] come out with that kind of talent. Our kids was very athletic. We had so much praise from other teams."