Team Gushue 'captured the hearts' of N.L., all of Canada at Brier

Scores of fans surrounded the Team Gushue curling rink Tuesday at Confederation Building, as the Brier-winning rink was honoured at a ceremony.

'This really started with a tweet,' Brad Gushue says how St. John's came to host Brier

Scores of fans surrounded the Team Gushue curling rink Tuesday at Confederation Building, as politicians toasted the team that won the 2017 Tim Hortons Brier title before a hometown crowd.

Earlier, Premier Dwight Ball toasted the team, which brought the house down at Mile One Centre Sunday night. 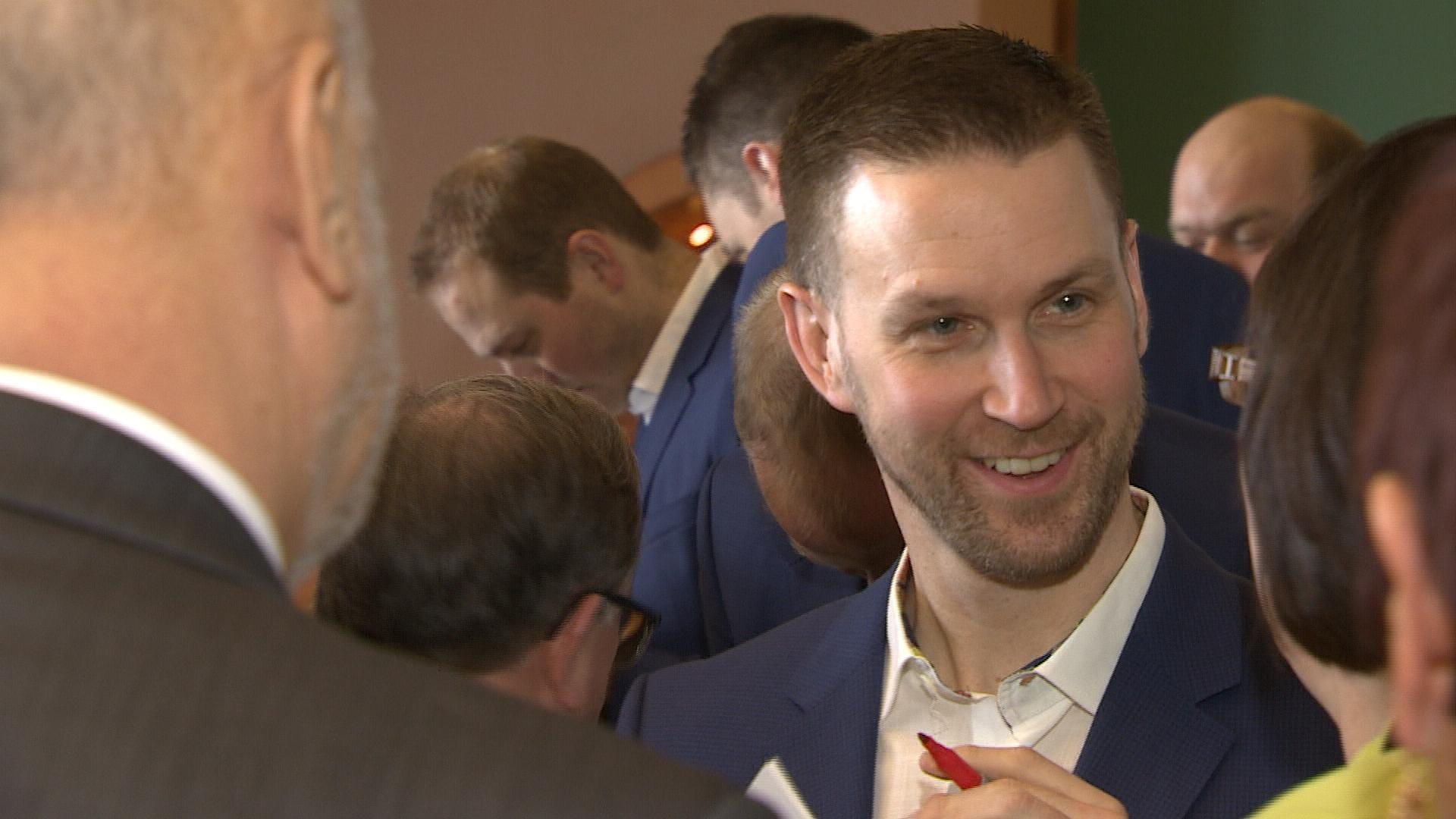 4 years ago
1:03
Brad Gushue and his Brier-winning rink were surrounded by fans at a ceremony outside the legislature 1:03

"This really all started with a tweet, I think it was three or four years ago, and I just asked, why not St. John's?" Gushue said at the celebration.

Once the idea of hosting the Brier in St. John's gained momentum, and after the local bid was successfully accepted, "then my nerves set in," said Gushue.

"The Brier was coming here and I was gonna be the face of it and we were gonna be expected to win it," said Gushue.

He added that while he is obviously biased, he thinks this was the best Brier that Canada has ever seen.

Nichols said from the moment the team walked out to compete, the support from the community was intense.

Since returning to Team Gushue, after switching to Team Manitoba, Nichols said the last two and a half years have been the best of his curling career.

"I want to thank the guys, I guess Brad for taking me back ... and then for Brett and Geoff for letting me step in at third stone."

Gallant, originally from P.E.I., said the support in St. John's has been unbelievable since he got a call from Gushue five or six years ago to curl with him.

"What an amazing event, the support was unbelievable. We've just been over the moon here for the last 48 hours," said Gallant.

"I just can't wait to represent Newfoundland and Canada at the world championships in a couple weeks."

Walker, meanwhile, said it's been an "awesome" six years curling with the team.

"The support of the curling community here and obviously all of the city and province has just been phenomenal," said Walker.

"Hopefully they can bring another national championship back to the province."

Ball said the whole province was on pins and needles all last week watching the Brier coverage, and that it was an "exceptional" week.

"This team really captured the hearts of Newfoundlanders and Labradorians, but also Canadians," Ball said.

"You will be inspirational to the young people across this province."