System flaw may leave unsafe older drivers on the road

Seniors must get a medical certificate to stay behind the wheel after age 75, but some wonder whether that is enough. 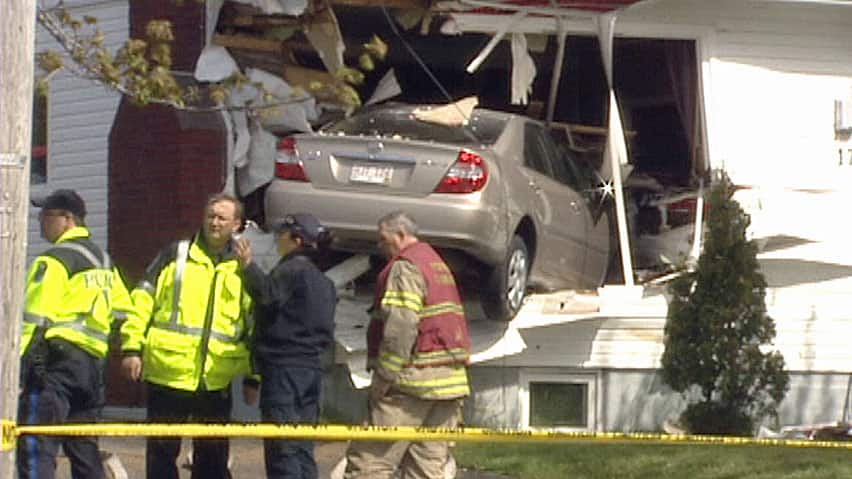 8 years agoVideo
7:31
System that assesses seniors behind the wheel appears to have flaw 7:31

Thousands of seniors in Newfoundland and Labrador lose their drivers licences for medical reasons every year.

At the age of 75 everyone in this province must have a medical certificate from a physician to stay behind the wheel.

But a CBC News investigation has found the system for finding and suspending the licences of unsafe senior drivers is flawed — leaving some behind the wheel, experts suggest.

"I'm sure there's people that shouldn't be there," Dr. Patrick O’Shea says.

As a doctor, O'Shea is required by law to report dangerous drivers to motor vehicle registration.

But he says just asking questions in his clinic may fail  to identify some of them.

"We’re concerned about people that physically look well, that feel they still should be able to drive, but are not safe on the road," he says.

"And the only way again of really picking that up is to be in the car with them."

And when he finds a problem, he faces real pressure not to report it.

"It's a very difficult, emotional issue," O’Shea says. "We've all had patients crying, begging to be allowed to drive a little bit longer."

O'Shea says the only way to address this flaw is to take a hard look at drivers when they're behind the wheel.

"The ultimate test is to get in the car with a driver-instructor, driver-examiner, and go for a drive with them," he says.

"And if you’re safe with them, then I feel much better that the functioning of that person is good."

Michelle Osmond comes face-to-face with some of the most difficult cases.

As an occupational therapist,  she takes drivers out for clinical evaluations and road tests in St. John's.

"Every day as you are driving around this city you see lots of people that shouldn't be driving," Osmond says.

She agrees the system isn't catching all the unsafe drivers.

And like Dr. O'Shea, Osmond sees the ones who want to keep driving in the face of signs that it's time to quit.

But she says that is not always the case.

Not an easy decision

Some do exit the drivers' seat gracefully, but it's rarely an easy decision.

"[It was] really, really difficult, especially when you enjoy the driving so much," Frank Cramm says.

"For me, it was not a necessity, it was a pleasure."

"You have to say to yourself, ‘Look, I can't be doing this anymore … I'm really a danger to other people.’ And if you look at it logically like that, well then you have no choice."

No plans to stop

Other seniors say there is no reason to give up their licence.

Marg Kearney is one of them. At 87, she doesn't plan to stop driving anytime soon.

Kearney's doctor has cleared her to remain on the road.

And after more than 50 accident-free years, she balks at the idea that seniors shouldn't drive.

"As long as I feel good about getting out that driveway there and going into St. John's, I'll drive the car," Kearney said. "It is my freedom."

The issue about when to stop driving is a national concern.

This year, Statistics Canada suggested many seniors continue to to drive, despite evidence that their faculties are failing.

"At Levels 5 and 6 (people who did not see well enough to read the newspaper or recognize a friend on the other side of the street, even with glasses), 19 per cent had a driver's licence," the study noted.

"Among seniors who had the most serious hearing problems ... 53 per cent had a licence, and about one-half had driven a vehicle in the previous month."

It also found that a quarter of all seniors diagnosed with a form of dementia still have valid driver’s licences.

For her part, Marg Kearney has been blessed with good health.

She hopes she'll never be one of those drivers who hangs on too long.

"I’d like to think if I ever get to the stage where I'm not a good driver and I'm a nuisance on the road, I'm just going to hand the keys to the children and say, ‘That’s it. I’m here. I can't drive anymore.’

"Because I think you owe it to everybody else around you. I think we all have an obligation not to be a bloody nuisance on the road."