Taxis are on the roads and planes were taking off Wednesday morning, but life has yet to return to normal after last week's blizzard.

You can get a taxi and even a flight, but restrictions remain 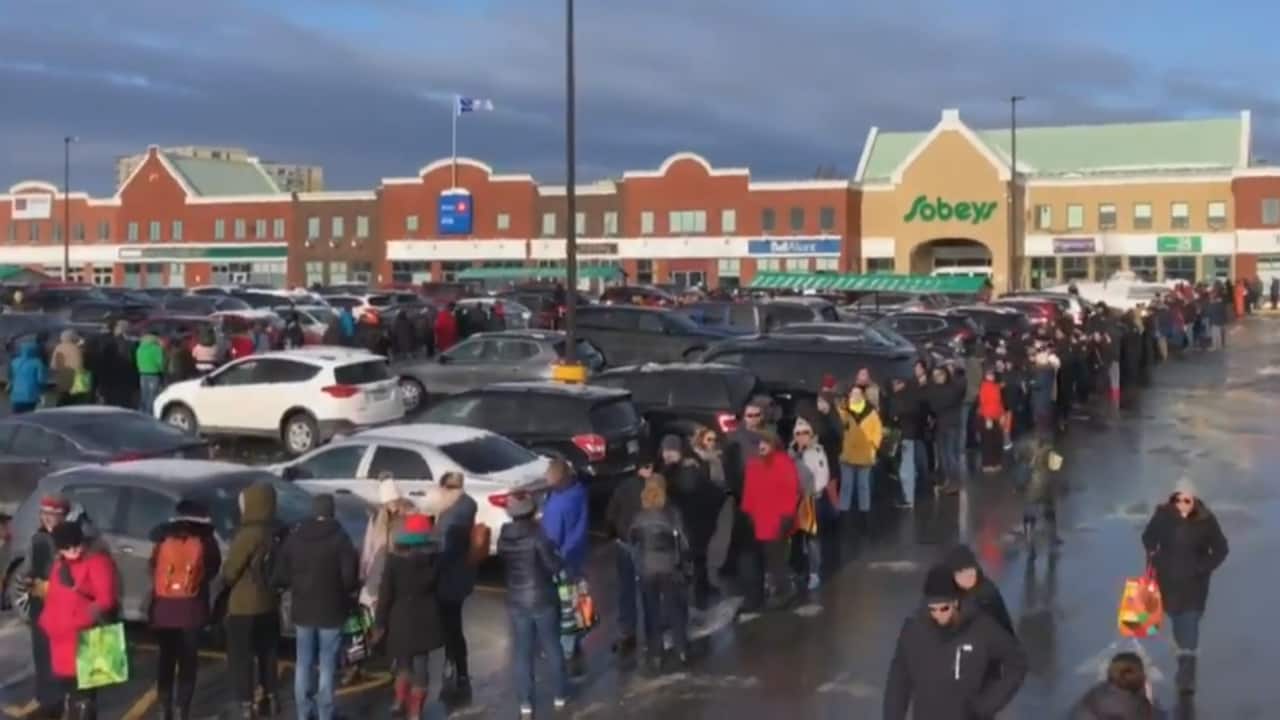 12 months agoVideo
11:59
It could be days, possibly weeks, before the St. John's region is back to normal after Friday's storm, according to Premier Dwight Ball. But some businesses are being allowed to open Tuesday for the first time since the powerful blizzard. 11:59

St. John's and surrounding communities are in Day 6 of the state of emergency caused by last Friday's blizzard, but the city has eased some restrictions to allow people broader access to food, health services and other essentials.

The city says the state of emergency will remain in effect until 6 a.m. NT on Saturday, if nothing changes. The city will confirm Friday.

For Thursday, there are no changes to travel restrictions, taxis, or pharmacies and food stores, but all medical, health and dental practitioners, as well as veterinarians, are now permitted to open as of 8 a.m. People who live in St. John's but work outside of the city are now also permitted to travel.

"There's been a lot of fantastic work done, and we're getting there, but we don't feel that the streets are at the safety level that we need to be in order to take off the state of emergency right now," St. John's Mayor Danny Breen said Wednesday evening.

"We need you off the roads. We've got a lot of heavy equipment that's moving around here ... we want to make sure that we can get this straightened out as soon as possible," he said. 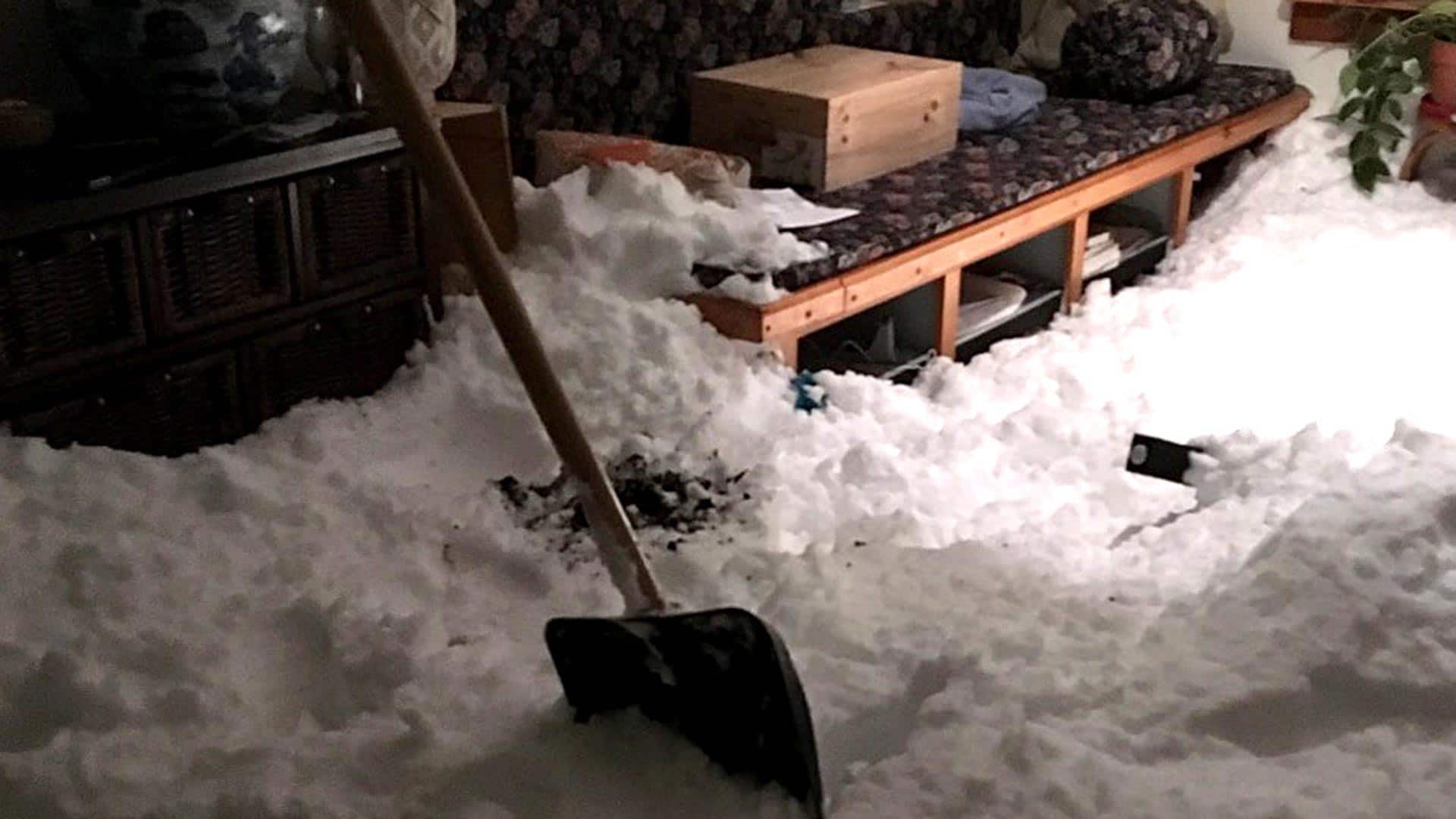 The indoor avalanche during N.L. blizzard

12 months agoVideo
1:52
At the height of Friday’s blizzard, an avalanche forced several feet of snow inside this couple’s St. John’s home. 1:52

Breen said most of the challenges in terms of traffic came from neighbouring municipalities having different regulations on their states of emergency.

Once things begin to return to normal, Breen said he wants to modernize the city's state of emergency plan.

Earlier Wednesday, St. John's International Airport opened for the first time since the record-smashing blizzard brought daily life in eastern Newfoundland to a standstill with hurricane-force winds that kept equipment parked during critical hours of the storm.

Taxis were also back on the road Wednesday, and most medical clinics have been given the go-ahead to open.

Supermarkets — the sites of frantic shopping Tuesday, as thousands of people poured through the doors to buy milk, bread and other items for the first time since last week — will be open again for an eight-hour period.

Breen said he understands that some residents are wondering why the city didn't let people know that certain stores would be open again Wednesday, potentially avoiding the long lines seen at some stores Tuesday.

"It's a good question. We didn't know they would be open today," he said.

Schools, government offices and courts will remain closed for the rest of the week, and many streets are still so choked with snow that they can't accommodate Metrobus vehicles. Breen said Metrobus managers are working on a plan to get the streets "to a point where we can get them back."

On Wednesday afternoon, Memorial University and College of the North Atlantic also made the call to remain closed until Monday.

Nearby Mount Pearl is open for business during the day, but recreational facilities remain closed. Nonetheless, Mount Pearl Mayor Dave Aker is asking people to stay home unless necessary.

"Be patient. Only go out if you have to," Aker said, adding the city is struggling to move snow out of the way and now has to remove it with dump trucks.

Military still getting requests for help

On Wednesday afternoon, Brig.-Gen. Roch Pelletier said the Canadian Armed Forces effort in Newfoundland is still receiving an influx of calls from those needing assistance.

12 months agoVideo
20:42
St. John's Mayor Danny Breen says the state of emergency will remain in effect until Saturday morning at the earliest. 20:42

Pelletier said as of Wednesday there is no timeline for military assistance to stop in Newfoundland, adding that the province is assessing daily whether the help is still needed.

"I had the chance to see quite a few troops since yesterday, we went to see troops at work this morning, and I can tell that they're very happy and excited to have the opportunity to help their own citizens here in Atlantic Canada," he said.

Provincial Minister of Municipal Affairs Derrick Bragg said the direct line set up to reach military assistance has been bogged down by non-priority calls, making it difficult for military members to reach those who are in need of priority assistance.

"I'll give you an example, earlier this morning we went and we visited a gentleman 89 years old. He's ex-military, he's got a son with a disability, he was snowed in he could not get out of his house," Bragg said.

Bragg said other people have been calling for assistance to clear their sheds, and some on vacation out of the province asking if their cars could be shovelled out.

"But I cannot stress enough, this line is set up for support for vulnerable people who need to get out of their home, who have not been out since Friday," he said.

Bragg said he reached out to the Canadian Red Cross to set up an additional line for help, and hoped to have it ready later on Wednesday, but it was not established by 8 p.m.

Eastern Health said it's still offering only emergency services at its facilities in St. John's on Thursday and Friday.

Meanwhile, if you're expecting a package in the mail, don't hold your breath. Canada Post said it's holding off on deliveries until the state of emergency is lifted, and afterward people can expect "significant delivery delays" as the agency plays catchup.

Breen said the nearly week-long state of emergency order means both businesses and the municipal budget will take a hit, calling the loss of income "significant."

Ball said his government will work with municipalities to figure out the full costs of the emergency and discuss disaster relief. "It'll take some time to get this all calculated," he said.

Ball said there's been no cost to the province for military aid.