The CBC's Kathryn King shot a timelapse of her walk to work this morning and discovered most of the sidewalks covered with snow. 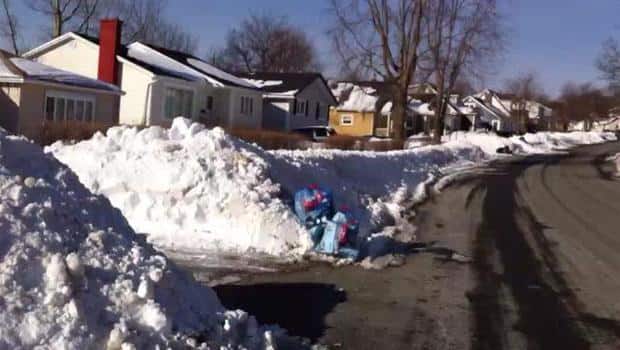 Where are the sidewalks?

7 years agoVideo
2:54
Web producer Kathryn King shot this timelapse of her walk to work at CBC. A lot of sidewalks weren't walkable until she got to MUN 2:54

The CBC's Kathryn King shot a time-lapse video of her walk to work this morning and discovered most of the sidewalks covered with snow.

King walked from downtown St. John's to the CBC on Prince Philip Parkway — a distance of roughly three kilometres.

Most of her walk was on the roadway because the sidewalks weren't cleared.

The situation changed when she came to Memorial University where the sidewalk had mostly been cleaned.

The City of St. John''s has been severely criticized for its snow-clearing practices this winter.

You can see King's walk by viewing the video above.