The Sheshatshiu suicide crisis 'didn't happen overnight.' How does the community break the cycle?

The grief and pain in the Labrador Innu community of Sheshatshiu has captured the Canadian spotlight, and in the midst of it stands Anastasia Qupee, trying to help her people through a suicide crisis.

Through it all, she has had to cope herself and deal with the weight of hindsight. Problems she has seen brewing within Sheshatshiu for many years are now bubbling to a breaking point.

"We knew, about maybe 20 years ago, that we would come to this point in our lives where we would be challenged meeting the needs of this community," said Qupee, a former grand chief of the Innu Nation who is now the social health director in Sheshatshiu.

Watch as Qupee reflects on the suicide crisis in her community: 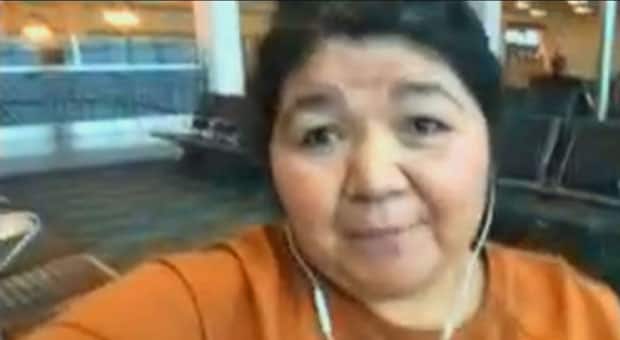 1 year agoVideo
0:32
Anastasia Qupee, a former grand chief of the Innu Nation and current social health director in Sheshatshiu, says the current suicide crisis impacts everyone she works with. 0:32

The Innu Nation reserve is no stranger to suicide, substance abuse, social upheaval and the headlines that come on the heels of such tragedies.

But the latest crisis has struck particularly deep, and is instigating a discussion of change to a degree not seen in recent years.

Chief Eugene Hart declared the crisis on Oct. 29, after 10 people between ages 12 and 18 attempted suicide. Those attempts came on the heels of a 20-year-old woman's drowning death the previous weekend, as well as the loss of 14 community members to natural causes over the last year.

The attempted suicides have racked the close-knit community, and have laid bare larger issues that Qupee said were apparent more than two decades ago — issues she and others in her community have tried to mitigate, she said.

Sheshatshiu is a young place, and its population stands in stark contrast to the larger demographics of Newfoundland and Labrador.

The province's overall population is shrinking and its median age is the oldest in Canada, at 46. But the median age in Sheshatshiu is 21, and about a quarter of its population is under 19, according to the 2016 Statistics Canada census.

Qupee recalled seeing that demographic spike beginning to unfold about 20 years ago as birth rates surged, including babies born to teenagers. Qupee and others wanted a plan in place to help those children, preventive and constructive measures to give them tools to success, in part by training people already in the community into the needed fields, like education.

We knew we were gonna hit this wall at some point in the coming years, and here we are.- Anastasia Qupee

"More than 20 years ago, we sat around with government, we brought in our proposals to build our capacity in this community, to build infrastructure," she said.

But when it came to funding so that more Innu could be trained in social work, she said, their requests for federal money were turned down.

"We knew we were gonna hit this wall at some point in the coming years, and here we are."

That refusal alone didn't lead to the current crisis; no one factor did. But it added into a complex web of social issues, like the disproportionate number of Sheshatshiu children in the child-protection system and living off-reserve, that have contributed to the cyclical nature of the community's issues and make the current crisis feel sadly familiar.

But the reserve's myriad challenges share a common denominator, said Jack Penashue, a former director of health in Sheshatshiu: the deep trauma stemming from the forced settlement of the once-nomadic Innu into the permanent housing in the 1960s.

At 52, Penashue is among the first Innu born in a hospital. He can testify to how tangible the trauma of that social upheaval remains in the community, to the point that as a youth himself, he said, he also attempted suicide in an effort to numb his circumstances.

And as he sees the same helplessness playing out in another generation, Penashue said it's time to see that as a symptom of the underlying trauma and work to forge a stronger community with an emphasis on Innu self-determination.

"We can't just be focusing on the negative part of it."

In their roles with the Innu Nation, Penashue and Qupee have both advocated to government for change and more Innu-led solutions. And there have been success stories along the way: the Innu took over the K-12 school system in 2009 and had its largest-ever graduating class last year.

"We see the growth. We see the children enjoying being out in the land," said Qupee.

"That's the difference, in how we run our education. It's more open, and we have elders' involvement, and to me, that's the way things should be."

Our strength is our resources. Our country, our lives, our culture.- Jack Penashue

But making those changes has required a wearying amount of advocacy, she said, to provincial and federal governments.

"Our strength is our resources. Our country, our lives, our culture … living the way our grandfathers and our forefathers have lived," he said.

"That is the answer, but government doesn't understand that.… It doesn't fit in the terms of the models and approaches of Western therapy."

That struggle between Western and Indigenous ways of knowledge and healing is all too familiar to Tianna Butler.

Butler occupies a unique space, as both a member of the Qalipu Mi'kmaq First Nation and the western representative for the Newfoundland and Labrador chapter of the Canadian Mental Health Association.

Recently, she said, she has started to see movement on the institutional side to instigate change, and open itself up.

A little more than a year ago, Western Health approached her and about 30 other western Newfoundland Indigenous community members to offer a course called Feather Carriers, a mental-health training program created by and for Indigenous people.

"I think that it implies that Western Health is listening to what the community is saying and has been asking for," Butler said.

"That Western model, medical model approach, it definitely serves its purpose and has its place, but there are other roads to healing."

The sessions, which took place over a year, emphasized strengthening community ties, she said, and taking the overarching ideas and moulding them to fit real-world situations.

"The expectation was that we as a community here on the west coast would then take that framework, and make it our own, so it would work for our people," she said.

The program could have value in Sheshatshiu, Butler said, although how it could work would naturally be different for the Innu as they would sculpt it to fit their needs.

"I think it could definitely help, in my personal experience and opinion. And I would love to see a conversation started."

Conversations with authorities are top of mind for Qupee, as she wants to increase the ability for youth to reconnect with their culture, and give stability to the community's future generations that has often eluded attempts to do so.

While as a reserve, much of Sheshatshiu's government dealings are tied to the federal level, Premier Dwight Ball has pledged to have open channels of communication and assist where possible, although he echoed Qupee in saying that "there is no overnight solution" in Sheshatshiu.

But there are steps forward, and models to follow. In the last year, a group home for children in protective care has opened in Sheshatshiu, and an emergency foster home is in the final stages of completion. Both emphasize Innu culture and traditions in a way that has been absent from previous protection models.

And while its school system struggles to recruit Innu teachers, the Innu Nation could look to other Indigenous communities for inspiration.

In May, 10 students graduated from the Inuit bachelor of education program, a one-off degree organized between the Nunatsiavut government and Memorial University that infused Inuit culture into teaching certification.

In Sheshatshiu, any progress will no doubt come slowly, but Qupee is undaunted.

"There's a lot of good work happening in our community," she said.

"There's still a lot of work that we need to do. But in order for that to happen, we need to do it as a community, and as people."

With files from Jacob Barker and On The Go