A tribute to the scores of men who lost their lives in separate disasters during a 1914 storm was officially unveiled Thursday in the Newfoundland outport of Elliston. 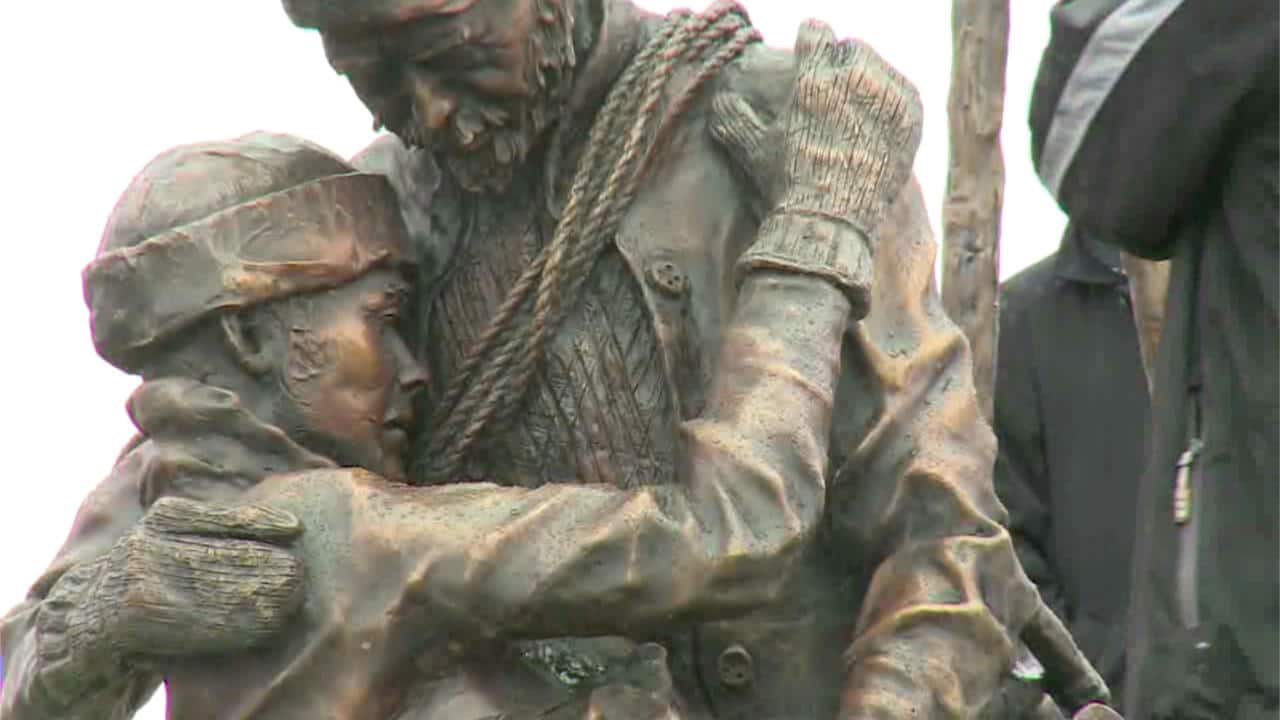 A tribute to the scores of men who lost their lives in two separate disasters during a 1914 storm was officially unveiled Thursday in the Newfoundland outport of Elliston.

The Sealers Memorial — a project that was six years in the making — honours the crew of the SS Newfoundland who froze to death in March 1914 when poor communications led them to be stranded in a blizzard, as well as the crew of the SS Southern Cross, which sank in the same storm. In all, 251 sealers died.

A crowd of hundreds stood by solemnly to see the unveiling of two separate memorials: a slab of rock engraved with the names of all the sealers, and a bronze statue depicting the huddled figures of Reuben and Albert John Crewe, a father and son who froze to death in a grim embrace.

"It's very sad to think of the story," said Morgan MacDonald, the sculptor who created the emotion-packed statue.

"Because it's a real story, it's not fiction - it's part of Newfoundland history."

The Home From the Sea memorial site also includes an interpretative centre and a walking path, and is intended to be a permanent honour to not just those who died in the disasters, but generations of fishermen who have taken part in the seal hunt.

"This has been great - fantastic. More than what I ever expected," he said, seeing his family's history turned into art.

"I heard many stories from our table, but never expected to see a gathering like this. It's just wonderful."

"It is a bit overwhelming, to see all the people here for the unveiling of the statues," she said.

"It's kind of emotional."