What are you at? This is it: Sandy Robertson's fantastical wood carvings

Retired forestry scientist's life is all about trees 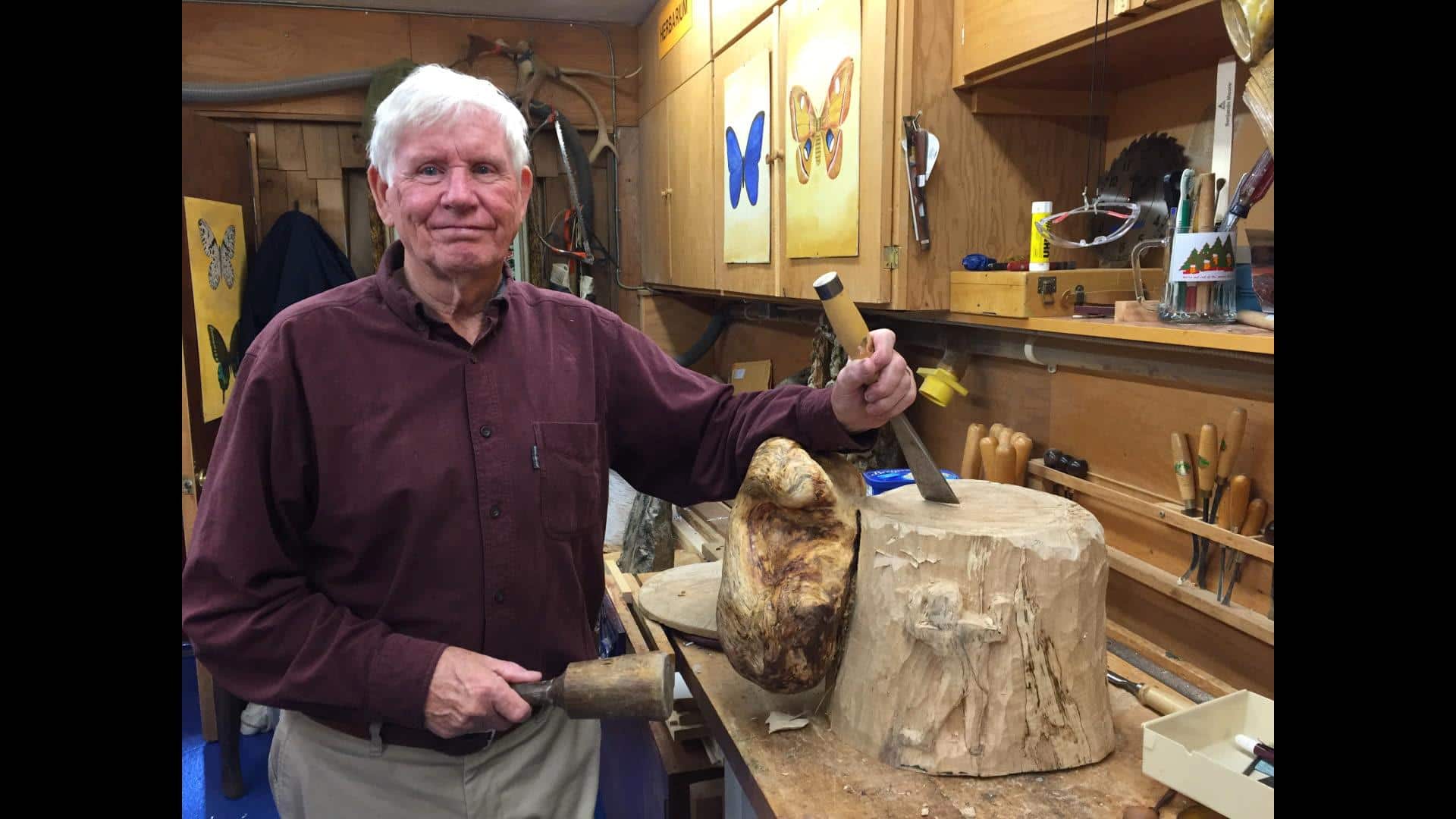 What are you at? This is it: Alexander Robertson's otherworldly wooden carvings

4 years ago
1:44
Alexander "Sandy" Robertson makes fantastical wood carvings out of tree trunks salvaged from his own backyard in St. John's. 1:44

Alexander "Sandy" Robertson's life has been all about trees.

"The point is enjoy the carving," said Robertson.

"It teaches me to think."

Drawing from his heritage

When Robertson isn't carving intricate scenes in wood, he's busy writing articles for a forestry journal in Scotland, tending to his woodland garden, and playing the bagpipes.

He said playing the bagpipes helps him with his carving projects.

If you're going at this [carving] and you run into a problem," said Robertson, "There's nothing better to clear the air and get thinking again than blasting away at the pipes. "

"And then you come back [to the carving] and 'Ah! I know exactly what to do with that thing.'"

Do you have an interesting weekend project or hobby? Tell us what YOU are at. Email wam@cbc.ca or tweet @CBCWam.