The story of a driverless snowmobile causing traffic problems on a western Newfoundland highway this week was confusing to many people, but no one was as flummoxed as the machine's owner.

Nothing seems to be wrong with the machine, except a broken windshield, after highway cruise

The story of a driverless snowmobile causing traffic problems on a western Newfoundland highway this week was confusing to many people, but no one was as flummoxed as the machine's owner.

Nelson Rubia of St. Jude's, near Deer Lake, said he had taken the snowmobile out for a ride to make sure it was running smoothly after some repairs.

"My son went out before I did and he went, he was gone for a while and come back and everything was working good, and when I took it everything went … it just wanted to go, I guess," Rubia told CBC News.

Rubia said he was on his way home, crossing the Trans-Canada Highway and went over one of the snowbanks. 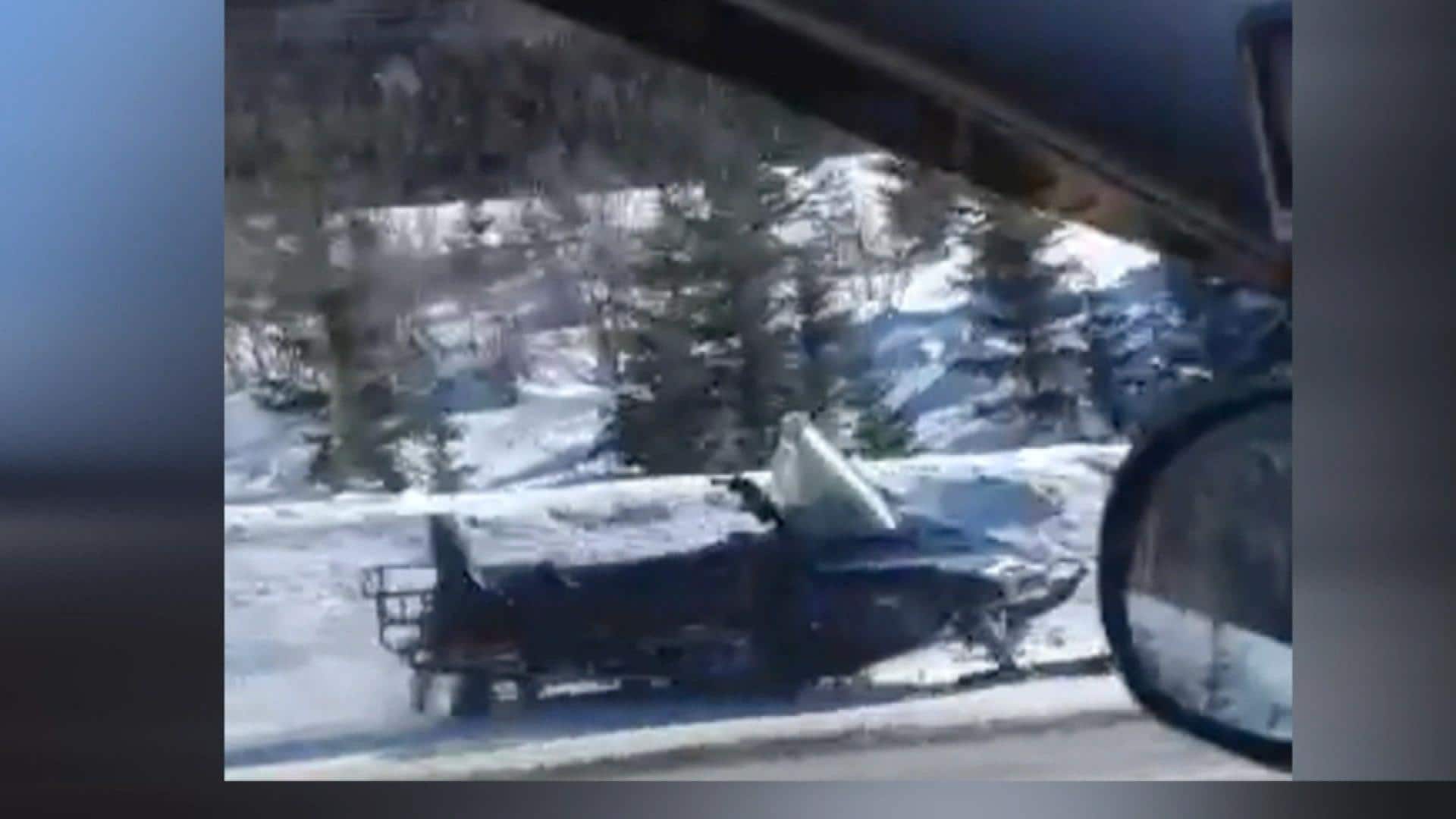 It was a bit of a jump, and when he came down he landed in the snow — and the snowmobile just continued on its way without him.

He wasn't hurt, but didn't know what to think.

"I was hoping she would stop in a couple hundred yards or something, but she just couldn't leave the road the banks of snow were too high."

A couple was driving by and witnessed Rubia's snowmobiling taking off on its own, and stopped to pick him up to try and pursue the snowmobile.

Rubia said the machine, which he uses to haul wood, was equipped with a kill switch, a safety tether meant to shut the snowmobile down if the rider falls off, but everything happened so fast and he was focused on keeping the machine under control and didn't think of it.

He said he's just grateful no one was hurt, and everyone can get a laugh out of it.

When we finally got the Ski-Doo to come to a stop and everything was over, to tell you the truth the laughing hasn't stopped yet- Nelson Rubia

"It's just one of those things that happen and I'm so glad nobody got hurt out of it. When we finally got the Ski-Doo to come to a stop and everything was over, to tell you the truth the laughing hasn't stopped yet," said Rubia.

"Every time I see somebody and they look at me, they start laughing and then they start asking me about what happened."

But all the attention the story has received? He could do without it.

"To tell you the truth, I'd rather be out in the woods than out here now. Out there where there's no phones — I've been phoned so many times with people asking me about it."

Rubia said he's taken the snowmobile for another test drive and it seems to run fine, but they can't figure out what happened to send the machine on its own brief adventure.