The Newfoundland and Labrador government hired an outside contractor to remove dozens of signs calling for Premier Dwight Ball's resignation, a cabinet minister said Monday. 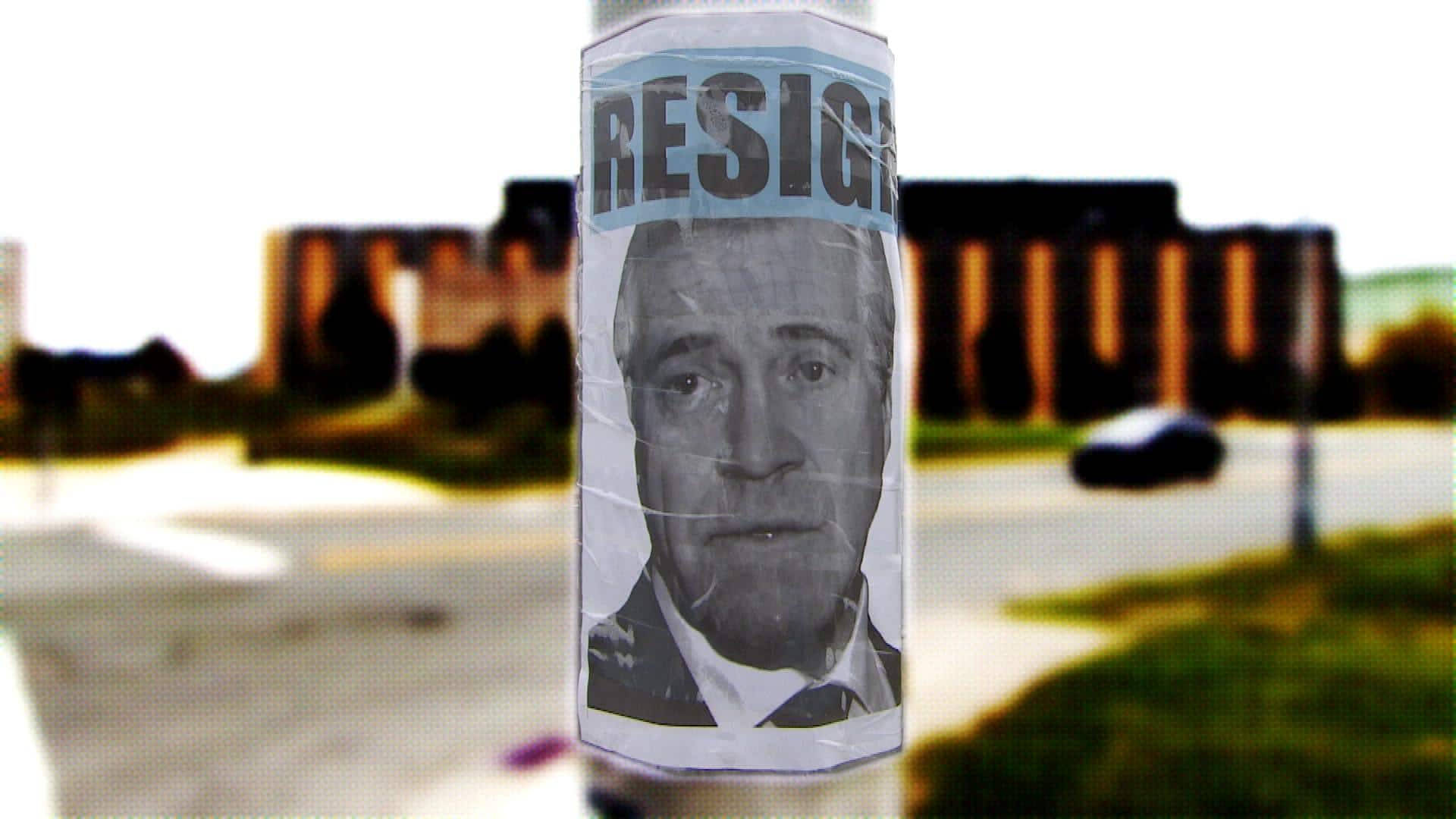 4 years ago
3:25
Posters were put up on light posts around Confederation Building in St. John's over the weekend. 3:25

Hawkins, who is minister of Transportation and Works, said in question period that his department removed the signs in the Prince Philip Drive area in St. John's as an "operational decision," at an estimated cost of $200.

"There had been signs that had been previously put around the [Parkway] area in the past that been removed," Hawkins said. "So this is not different."

Ball said during question period that no one from the Premier's Office was involved, But the premier would not take questions from reporters on Monday.

Hawkins also claimed that he did not make the decision himself. He said the decision was made by unelected officials, who based their decision on prior government practices.

"If that decision had reached my level, understanding the political environment which we're in...the decision to remove those signs would have been different," Hawkins added.

About 240 posters put up on weekend

Adam Pitcher and about 15 volunteers set out Saturday night to post 240 posters along the road leading to Confederation Building, calling for Premier Dwight Ball's immediate resignation.

By Monday morning those posters appeared to be mostly removed, and people wearing bright orange vests were seen ripping them down in the early morning hours.

Pitcher said his understanding of the City of St. John's bylaws is that he didn't need a permit to tack his posters on the light poles.

Pitcher said their removal won't deter his efforts to get the Liberal government to change its tune on the budget.

"This week is going to be full of very strange and unique actions against this government, absolutely," he told CBC's St. John's Morning Show.

"If they want to declare a class war on Newfoundland and Labrador, then we're prepared to fight. They might have the money, but we have the numbers."

Pitcher said government doesn't appear to be listening to what people — not just protesters — have to say about the budget.

"It doesn't seem like they understand the full impact of what this budget means for people. For instance, it's hard to believe that there are people in government that support what equates essentially to a cultural and economic genocide in this province," he said.

They might have the money, but we have the numbers.- Adam Pitcher

"The forced resettlement of rural communities, driving away the working-class taxpayer aged 18 to 55 who can afford to leave — bankrupting those who can't."

Pitcher didn't say if he plans to post more posters, to replace the ones that were taken down.