A new survey by wildlife officials in two provinces shows an astonishing decline in the population of what had been a major caribou herd. 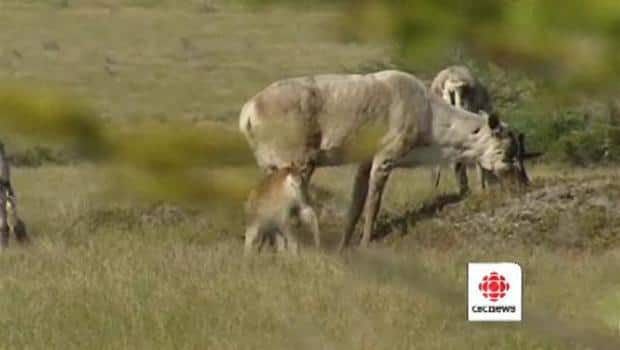 A new survey by wildlife officials in two provinces shows an astonishing decline in the population of what had been a major caribou herd.

The George River herd, which migrates between Quebec and Labrador, now has a population of about 27,600 animals, according to a census completed in July.

"Predators play a role, we know disease plays a role, but these are minor factors. It could be a total tsunami, if you will, of variables that are coming against them right now," said Terry French, Newfoundland and Labrador's minister of environment and conservation.

Wildlife biologists have not been able to explain why the numbers have dropped so far, so fast, but they expect even worse news in the months ahead.

The herd is expected to drop below 25,000 animals by this October, because more adults are dying than calves are surviving.

Hunting of the herd has been severely restricted over the years. French said discussions are continuing with aboriginal groups about banning the hunt altogether.

"We are certainly looking at a total allowable harvest — you know, set a number of the amount of animals that can be taken. Whether that number will be zero is yet to be seen," he said.

French also said concerns that the herd could be wiped out are real.