Hollywood to Witless Bay: The double life of the Puffin Man

When he wasn't rubbing shoulders with Hollywood stars, Juergen Schau was enjoying a totally different type of night life — searching for stranded chicks as the co-founder of the Puffin Patrol.

These days, Schau has traded the red carpet tuxedos for a bright yellow safety vest, and the gloves, flashlights, nets and cages he uses to rescue disoriented puffin chicks, known as "pufflings," that make their way to communities near the Witless Bay Ecological Reserve — home to North America's largest colony of Atlantic puffins.

However, not too many people in Witless Bay — a small town along the southern shore of the Avalon Peninsula —realize the friendly and enthusiastic Puffin Man who visits every summer from Berlin led a very different life outside Newfoundland and Labrador.

"You are quite close to the world of the rich and the famous, so it was great. I survived 11 years in this business of sharks and whales," he said, referring to the movers and shakers of the movie industry.

Julia, J-Lo and the Terminator

Schau spent time with some of the biggest stars in Hollywood, from having a drink at a bar with Julia Roberts, walking the red carpet with Jennifer Lopez, showing Jack Nicholson around Munich or attending Oktoberfest with Arnold Schwarzenegger.

"Can you imagine a tent with 12,000 people, and then Arnold Schwarzenegger, the Terminator, and me … wonderful." 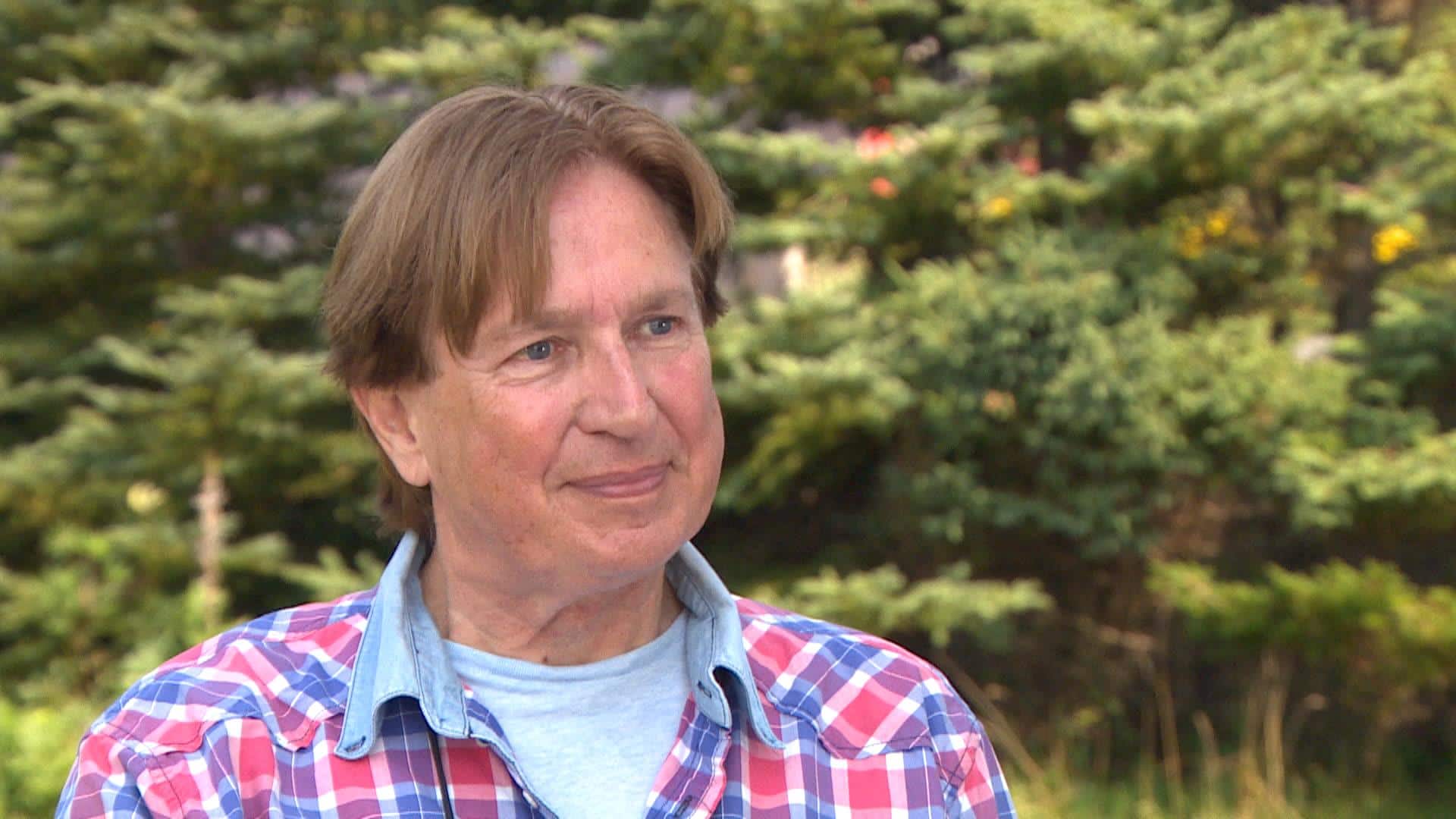 From Hollywood to Witless Bay

4 years ago
2:41
Juergen Schau used to walk the red carpet with A-list celebrities. Now, he helps save lost puffins in Newfoundland. 2:41

But the peace he needed to balance that star-studded life came from an unlikely place far from home — a small house on the edge of the ocean in Newfoundland.

Schau and his wife Elfie Schau travelled the world to go whale watching, and when she saw an article about Newfoundland and Labrador in a German newspaper, they looked it up on the map and decided to book a couple of tickets.

The couple fell in love with the province on that first visit 20 years ago, and made the impulsive decision to buy a house before returning home to Germany.

It seems we touched maybe a piece of the people's heart with this little bird. I didn't expect it.- Juergen Schau

"We have seen a lot of places around the world, and this is really unique. As always, a lot of people who live here do not get what a precious thing it is."

That was the start of a legacy that has saved thousands of baby puffins over the past 11 years.

On that first visit to Witless Bay, the couple noticed a dead seabird on the road and wondered how it ended up there.

Pufflings venturing out for the first time from the ecological reserve just offshore mistake the bright lights of the community for the moon.

When you see the smile in the morning when we release the birds, then it's happiness.- Juergen Schau

The night-blind chicks fly toward street lamps and headlights, ending up stranded or run over by vehicles.

So Juergen and Elfie bought a net and flashlight and began roaming the streets of the town, collecting pufflings and releasing them the next morning.

"I thought it would be a good idea to involve the children of the neighbourhood, and I told them, 'From now on, I call you Puffin Patrol, and you are in charge with me to go save the little birds,'" said Schau.

Since then, the group has grown to 55 permanent volunteers from the area and others who travel long distances to help out.

Global visitors get into Puffin Patrol

Alexia Williams has been traveling with her mother from Philadelphia to Witless Bay for the past six years just to participate in the Puffin Patrol.

"I love saving the puffins. It's really good because I feel like I'm doing something that's good for the environment ... I just love doing it, it's a big passion of mine," said the 14-year-old.

Visitors come from all over Canada and the U.S to participate, with tourists from Indonesia taking in the puffling release Thurday morning.

Last year, the group rescued and released less than 100 birds during Puffin Patrol season, which goes from the beginning of August to Labour Day, when most chicks are out of the nest.

This has been a record year so far, with 751 pufflings collected and released from Aug. 13 to 24.

It has become a community effort that still takes Juergen Schau by surprise.

"The community is working so wonderful.  Quietly, nicely, professionally doing it. I am very happy about the community and our helpers," said Schau.

"It seems we touched maybe a piece of the people's heart with this little bird. I didn't expect it."

While the bright lights and dazzling parties of the Hollywood life are seductive, there are some things money just can't buy.

"When you see the smile in the morning when we release the birds, then it's happiness. This is the best smile you can have without paying any money for that."