Journey through post-traumatic stress: A story of 2 officers

Dave O'Dea was getting ready to go out one night in 2008, brushing his teeth, when he just broke down. 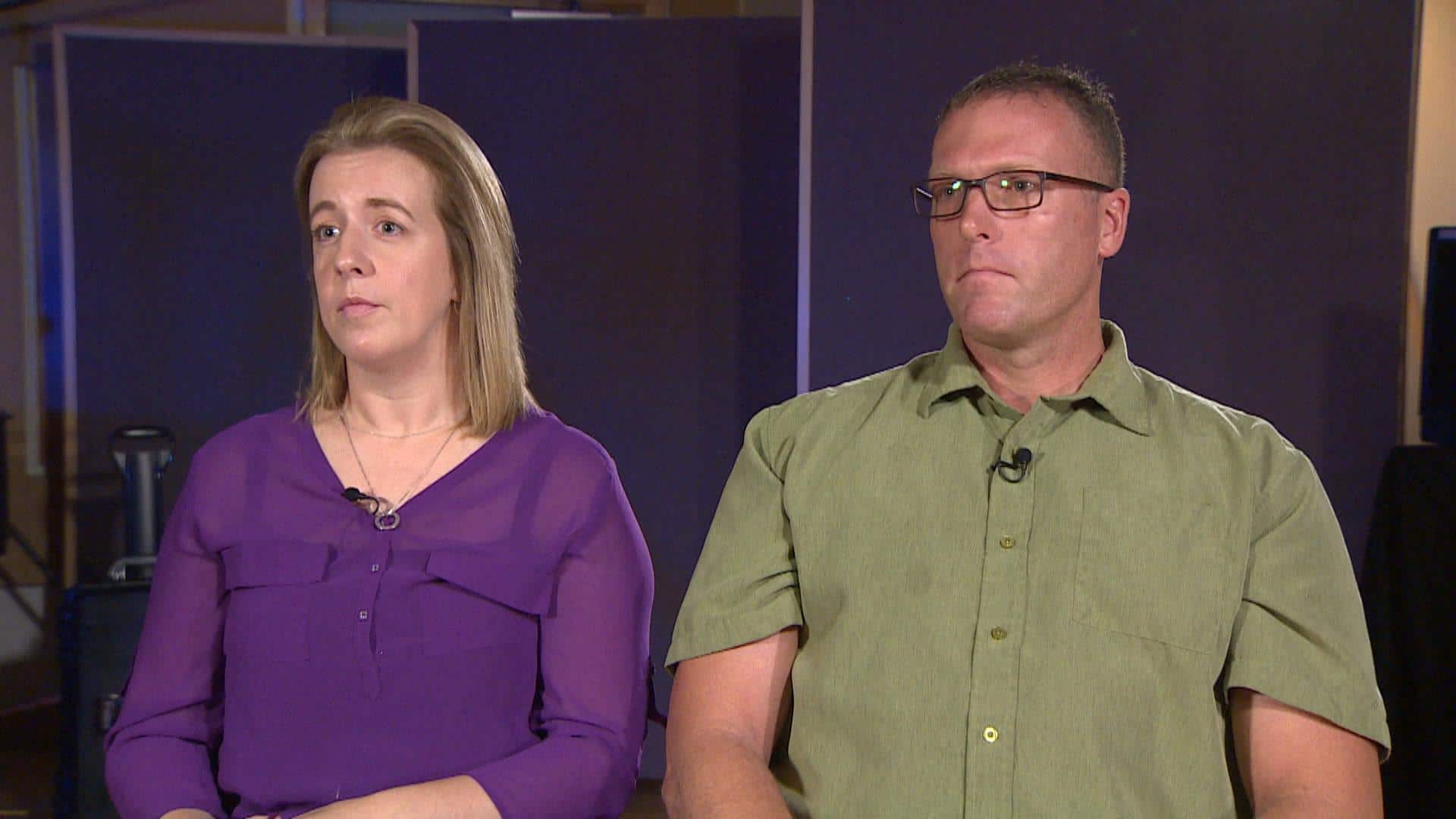 Taking off the uniform: Officers tell their PTSD stories

Dave O'Dea was getting ready to go out one night in 2011 — just brushing his teeth — when he finally broke down in tears.

It happened three years after the correctional officer began suffering bouts of anxiety and depression.

On this night, there was no apparent reason for his breakdown. He just fell apart.

"I've had inmates mention my child, where I live and 'I'm coming when I get out and I'm going to kill you and your family,'" O'Dea told CBC News.

"I've spent weeks on my couch all night long basically watching TV and watching out the window and that leaves you at home in a state of mind where you're prepared to defend your home, your family, and you're willing to kill someone."

O'Dea retired with a disability from his career as a correctional officer at Her Majesty's Penitentiary this year after 14 years of service.

Around the same time O'Dea was suffering, a young Royal Newfoundland Constabulary officer was also starting to realize something was wrong.

Aboud began to drink more, isolated herself from family and friends, and stopped doing the things she loved.

You're always told to be 10-foot tall and bullet proof and not to let things bother you. I just stuffed it all in and just eventually just exploded in 2015.- Const. Kelsey Aboud

She can't pick one incident that triggered post-traumatic stress disorder (PTSD) — it's the result of an accumulation of events, having held many serious portfolios during her career.

"Working on street patrol, I was first responder to many fatalities, a lot of death, a lot of child abuse, sexual assaults, which were very traumatic," Aboud said.

She added that police officers can be vicariously traumatized by hearing about other people's suffering.

"I worked in an investigative interview unit and I was always interviewing people who were suffering traumatic incidents — the C.B.S. shooting being one of them, the double homicide," she said.

"All of that builds up and your resilience gets lower until you finally crash."

Aboud felt even more pressure to have a tough exterior because she was a young female officer, having joined the force at the age of 19.

"You're always told to be 10-foot tall and bullet proof and not to let things bother you. I just stuffed it all in and just eventually just exploded in 2015."

Is enough being done?

Aboud and O'Dea were inspired to speak publicly about their PTSD and what they say is a lack of support, in the wake of RCMP Corporal Trevor O'Keefe's death.

O'Keefe, who also had PTSD, killed himself on Sept. 11.

Both O'Dea and Aboud say stigma still exists and played a role in their fear of coming forward to their employers.

"As it spreads through the workplace everyone talks," O'Dea said. "I felt I had the reputation for being the crazy guy, the unstable guy. That stigma comes with it.

"I felt the department didn't want you then."

O'Dea said he felt the Department of Justice and Public Safety wanted to push him out, instead of finding ways to help.

I felt I had the reputation for being the crazy guy, the unstable guy. That stigma comes with it.- Dave O'Dea

He wanted an accommodation to allow him to get away from the front lines, but O'Dea said he was blocked from seeing internal job postings. He's filed a human rights complaint.

"It's just a shame that these employment opportunities and careers destroy people and the support is not there," he said, adding that all agencies and groups should work together to help people with PTSD.

As for Aboud, she would like to go back to work but doesn't know if an appropriate accommodation is available.

After attending a PTSD program at Homewood Health Centre in Guelph she's been learning coping mechanisms and is staying active. But she admits she has a long road ahead.

"I can't stress enough how important it is for an officer to reach out. I wish I did when I was feeling it but I felt weak and unfortunately it led me down a wrong path."

"Now people are more open. Stigma is a barrier to seeking help and if we reduce stigma we'll know people will get help."

A program called Road to Mental Readiness was adopted by the RNC two years ago, O'Reilly said, adding there are members who do talks about PTSD with groups outside the organization.

Officers also have access to the employee assistance program (EAP).

Aboud said she could count on one hand how many debriefings there were in her career, adding she remembers one instance where she was the only person to show up to a group debriefing. She'd like for them to be mandatory.

O'Reilly said in certain cases they are mandatory, depending on the severity of the event officers witnessed.

"When we talk about a traumatic event — a death of a person or child, a suicide, something graphic like a fatal car accident, officer-involved shooting, or any other event we deem traumatic — we'll organize a debriefing for the officers involved," O'Reilly said.

O'Reilly said officers are walked through the effects of traumatic stress and are told to get further help if they still recall the disturbing event in 48 to 72 hours.

Asked what happens to officers who currently have PTSD, O'Reilly said the force works with health professionals to find an accommodation if they can.

Meanwhile, the Department of Justice and Public Safety says correctional officers do have access to the Employee Assistance Program (EAP).

If officers need more help, the department said it could fund more services.

The department said it works with an integrated disability manager to devise a plan to get officers back to work, if possible.

Asked if sick leave is an issue at its correctional institutions, the department said "attendance is an issue that is regularly being addressed.

"Adult Custody is managing this issue by increased communication, implementing additional resources, increased training, and by creating, implementing and evaluating a wellness and mental health strategy."