A record-breaking snowstorm gave us a glimpse of how things could be different in St. John's, writes Paris Marx. 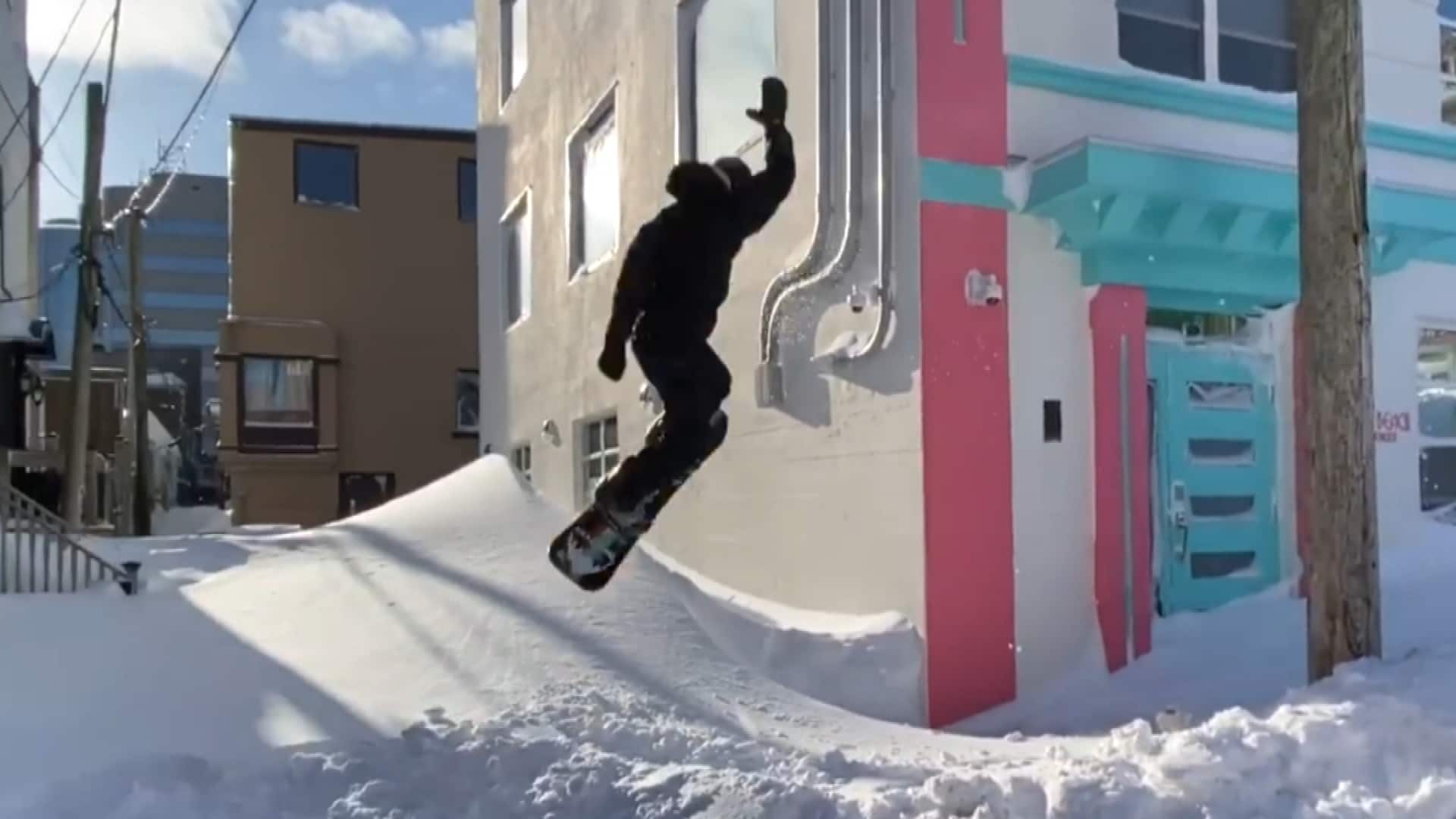 Snowboards and street parties: Making the most out of an epic storm

1 year ago
2:26
Newfoundlanders are facing a full day of shovelling after Friday's record-setting blizzard, but some St. John's residents aren't letting that stand in the way of a good time. 2:26

In the St. John's metro area, winter is synonymous with seasonal depression and months of shovelling out your car. If you don't have one, it can be even worse — nine people were hit by cars in the first half of January. For most people, winter is to be survived, not enjoyed.

But our record-breaking snowstorm gave us a glimpse of how things could be different.

With cars off the road and our usual obligations suspended, the communal spirit that Newfoundlanders and Labradorians pride themselves on came out in full force.

Instead of just grumbling about the snow, digging out the car, and heading in out of it, people bonded with their neighbours over the towering snowbanks and pitched in to dig out anyone needing help. In some cases, it was the first time they'd gotten to know people they'd been living next to for years.

People went out walking, snowshoeing, skiing, and even snowboarding on downtown's notoriously hilly streets. People were laughing, having fun, and even hosting block parties in streets that would usually be the exclusive domain of cars and trucks.

With the state of emergency lifted, should we just go back to the drudgery we're used to, or learn from this experience to make the city better and more livable?

We proudly champion our communal ethos that came out of the past hardship of outport life — the community spirit, the wealth of musical and cultural talent, and the generosity that re-emerges when other people need a helping hand.

But all too often, those impulses get suppressed in the hustle and bustle of everyday life. Physically separated from one another in our cars, trucks, and homes that are so far apart it's hard to walk anywhere, we lose that personal connection — even to people who live right next door.

Yet as soon as we were forced out of our cars, those bonds re-emerged, as they always do. 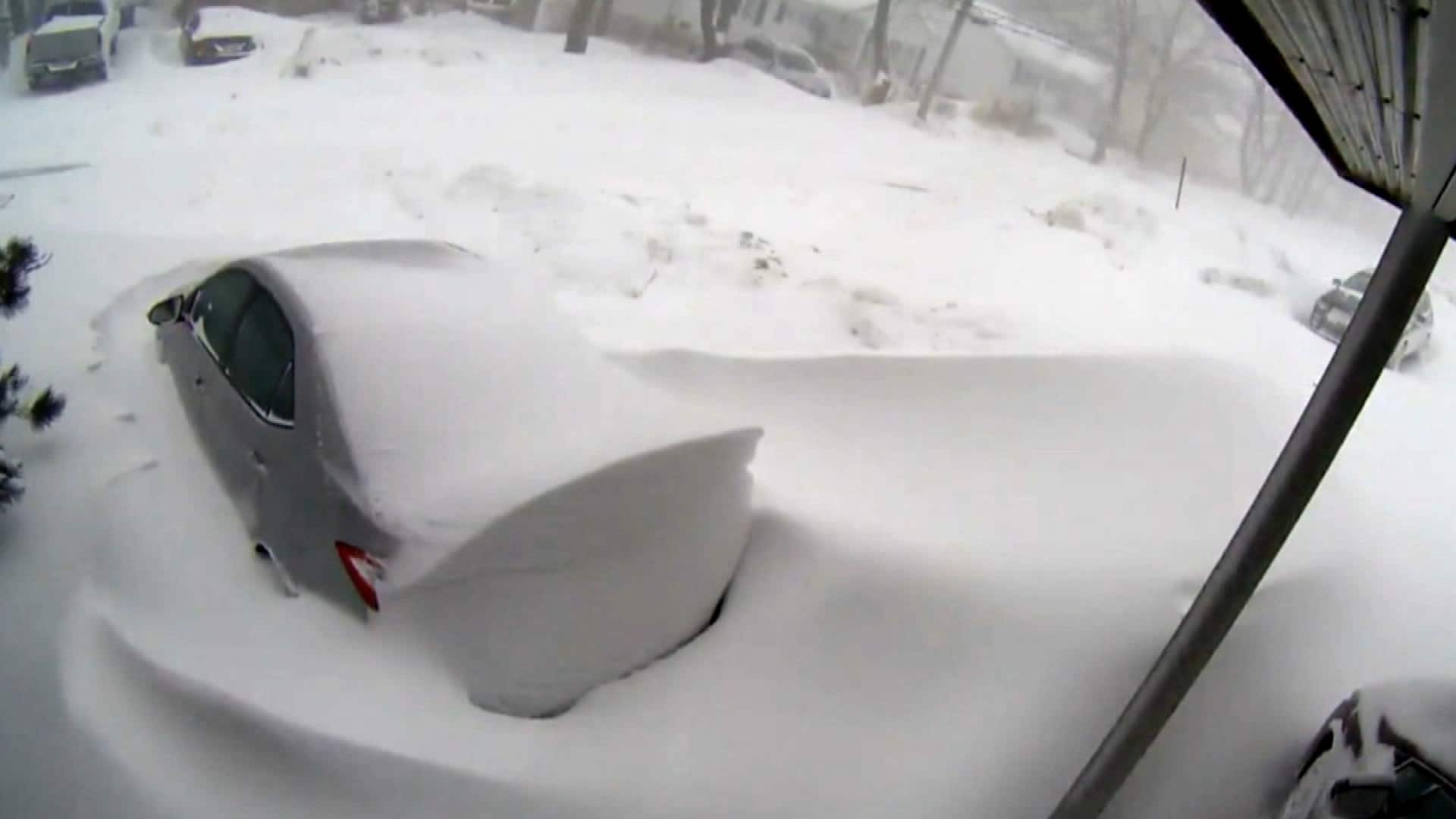 1 year ago
0:18
The unprecedented snowfall in St. John's buried countless cars overnight, including this one. 0:18

That spirit is never lost; it's just smothered by the way the city has been built.

In a small community, it's fine for everyone to have a house on its own plot of land, but in a city people have to live closer together or the community spirit gets lost in the sprawl.

For me, some of the most moving images from the snowstorm's aftermath were those of people walking around downtown with hardly a car in sight. It brought to mind how the streets of St. John's used to look when they were shared by pedestrians, cyclists, early model automobiles, and even streetcars — before it was all given over to cars in the years after World War II.

St. John's city council is moving in the right direction, but not fast enough. It's encouraging development within the city instead of more sprawl, and wants a mix of residential and commercial buildings so it's easier to get places without having to drive — though I suspect Galway will be looked back on as a bad planning decision.

Metrobus will also be arriving more often on its main routes, but it needs support from the provincial government to expand and better serve the entire metro area.

It missed an opportunity to run free buses during the state of emergency to show how well they could run without cars in the way, making the case for bus priority or dedicated lanes, although it is making up for it by offering free rides until Feb. 7.

But the state of emergency shows residents also need more spaces where they don't risk being hit by cars.

With all the parking garages, on-street parking could be removed in parts of downtown to let restaurants and coffee shops add decks for customers to sit outside.

Parts of Water Street could be made pedestrian-only, like on Montreal's Saint-Catherine Street in the summer, and more awnings installed so you don't get soaked walking around on rainy days. Scandinavian cities even keep it going into the winter, with blankets draped over the outside chairs.

St. John's also lacks a downtown central library. To promote local culture, it could house a recording and media studio like Halifax's new library — called "a beacon for our city" — and a small, independent cinema like at Auckland's central library to host Memorial University's Cinema Series, the Women's Film Festival, and other events to boost our film industry.

Beyond downtown, that could mean bungalow courts or townhouses close to shops, workplaces, and key Metrobus routes.

Malls around North America have also been adding housing and connecting with their surrounding communities — a missed opportunity for the recent Avalon Mall redesign. Mount Pearl and Paradise should even considering importing the British High Street model instead of building more strip malls, in the same way they adopted roundabouts.

I don't want this to come across as an attack on drivers. It makes sense that most people drive when the metro area is designed to make it hard for people to get around in any other way.

Most people wanting better transit and more community spaces still have to drive sometimes too; we just think it's time residents have better alternatives.

And that's exactly what the young people the province is trying to attract and retain want in a city.

It can be hard to imagine a different way of organizing society when we live in it every single day. In that way, the snowstorm was a gift. By taking us out of our usual reality, it showed us how different the city could be if we just had a bit more time and space to get to know one another.

Who knows — maybe in 10 years snowboarding down Holloway Street will be seen as normal, and shovelling out your car a memory of another time.