Heavy rainfall in eastern Newfoundland lead to a number of flights cancelled in and out of the St. John's airport. 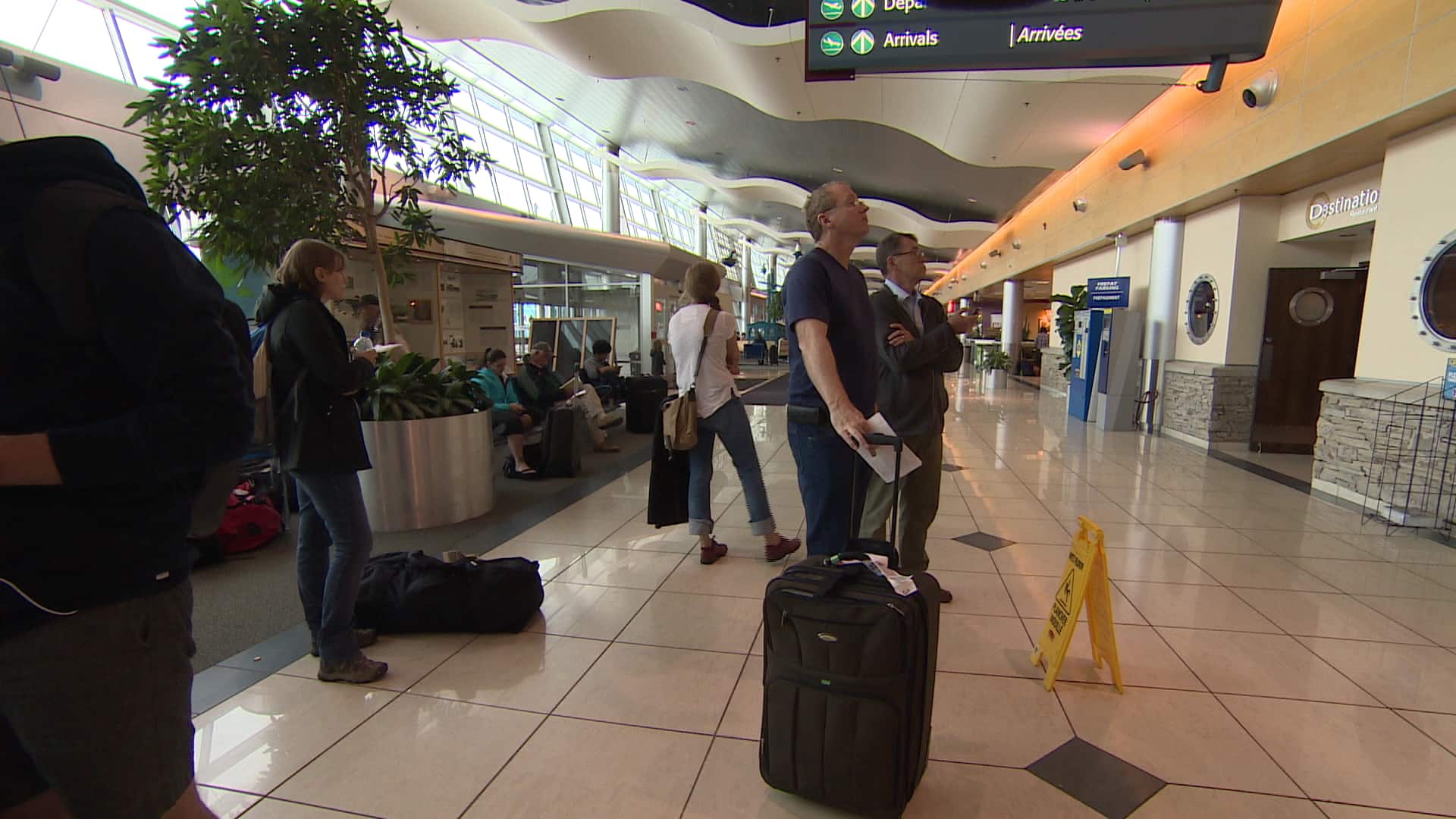 Fog and rain made for another messy day at St. John's International Airport Wednesday, as several flights in and out of St. John's were cancelled.

Stranded passengers were bused to Gander in order to fly out of the province. Many people who had to wait several hours to get on a bus were worried about whether a flight would be available once they arrived.

"I'm not impressed by Air Canada and the lack of communication," said David Abrams, a frustrated passenger.

"They should have just cancelled all the flights, put everyone up overnight, and then leave tomorrow."

Air Canada handing out crackers and pretzels to passengers waiting for the bus to Gander. <a href="https://twitter.com/hashtag/cbcnl?src=hash">#cbcnl</a> <a href="http://t.co/BfMdLJpfc6">pic.twitter.com/BfMdLJpfc6</a>

Some people who flew from Gander to St. John's had to backtrack to Gander.

However, passengers like Mark Richardson were not bothered by the change in plans.

"This means we get to see more of Newfoundland than we expected, and what's wrong with that?" he said.

Several flights to St. John's were also diverted to Gander. Some passengers spent almost $400 for a taxi from Gander to the capital city.

Due to construction this summer, the airport's primary runway is closed and the secondary runway has lower capabilities during low-visibility weather.

As part of a major upgrade, the airport authority is installing a new runway system, which it says will allow 700 more flights to operate on schedule in 2016, regardless of fog.

Passengers telling me they expected bus to arrive an hour ago. Patience is wearing thin. <a href="https://twitter.com/hashtag/cbcnl?src=hash">#cbcnl</a> <a href="http://t.co/KQISTddF7L">pic.twitter.com/KQISTddF7L</a>

Rainfall totals from Wednesday morning ranged from 10 to 20 mm.