An on-duty RNC officer fatally shot a man around 11:30 p.m. Tuesday. The two officers involved will be put on leave, according to RNC Chief Joe Boland.

Two officers involved have been out on leave, says RNC chief

The Ontario Provincial Police have been called in to investigate an incident in which an on-duty Royal Newfoundland Constabulary officer shot and killed a man in a house in Corner Brook on Tuesday night.

The Alberta Serious Incident Response Team will conduct an independent, external review of the OPP's investigation, according to a statement sent Wednesday by the provincial government's Department of Justice and Public Safety.

"I ask the community to have faith in our abilities and to have patience as we work with the OPP and ASIRT to find answers following this tragic event," said RNC Chief Joe Boland.

"It is critical for the officer, the family of the victim and the community that a fair, transparent and thorough investigation takes place."

He said the two officers involved have been placed on leave and will be assigned to administrative duties when they return to work while the investigation is ongoing.

"Placing an officer on leave or administrative duty should not be taken as a sign that the police service believes that the officers did anything wrong," he said. 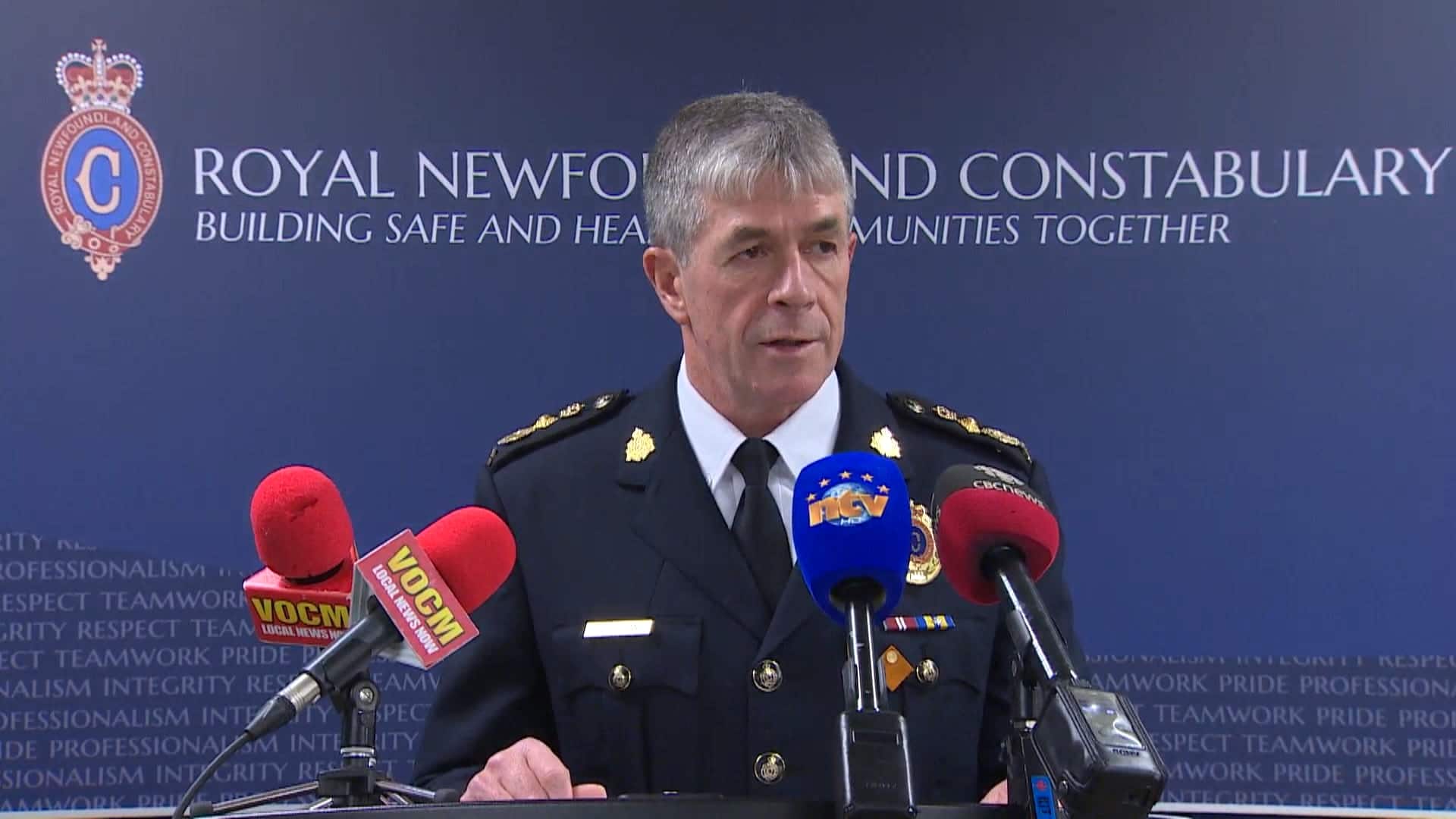 2 years ago
3:16
The police chief speaks to media, after a man was shot and killed by an on-duty officer in Corner Brook Tuesday night. 3:16

Boland said the RNC would also be completing its own internal review of the incident, and the province's chief medical examiner would be conducting an autopsy tomorrow in St. John's.

"I would like to offer my sincere condolences to the family of the man who was involved in this tragic incident," he said, adding that psychological support for all officers involved will be provided.

The department of justice said it cannot comment further on the incident and added that it expects to hire a provincial serious-incident response team director "in the near future."

The shooting happened around 11:30 p.m. at a home on Carriage Lane.

This resulted in one of the officers discharging his sidearm, said the chief. 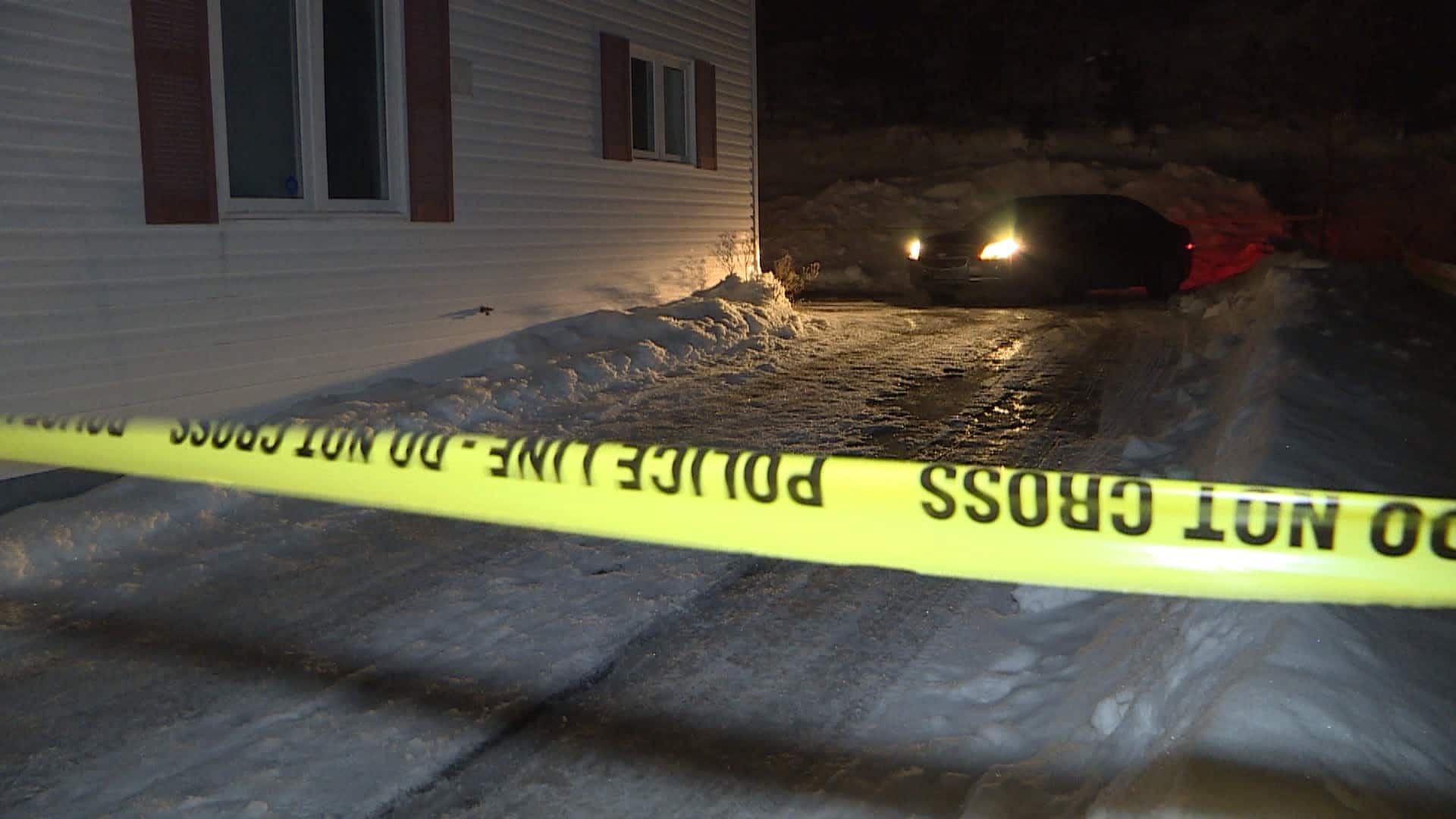 2 years ago
0:28
A man was shot and killed after RNC were called to a Corner Brook home on what they say was a criminal complaint in the early hours of Wednesday morning. 0:28

The man was taken to Western Memorial Regional Hospital in Corner Brook where he was pronounced dead, he said.

According to a woman who was inside the residence on Wednesday morning, the house is a rental and had the same tenants for about a year and a half.

The RNC remained on scene into Wednesday morning, with police tape blocking the driveway and the back of the house.

There have been several fatal shootings at the hands of the police in Newfoundland and Labrador.

In April 2015, RNC officer Joe Smyth shot and killed Don Dunphy in his home in Mitchells Brook, in an encounter that Smyth said escalated soon after he arrived at Dunphy's home.

A subsequent judicial inquiry found Smyth used "appropriate force" while acting in his own defence, as he believed his life was at risk.

Two other shootings both occurred in 2000.

In August 2000, RCMP officers shot Norman Reid to death in Little Catalina after he lunged at an officer with an axe over his head. Reid, who suffered from schizophrenia, was shot five times.

In October 2000, Darryl Power was shot dead at his mother's home in Corner Brook when RNC officers responded to a distress call. Police fired three shots after Power ran outside the apartment's door with a knife in his hand.

A subsequent inquiry determined Power, who suffered from depression and panic attacks, died through "suicide by cop."

The Reid and Power cases played an influential role in changing how police are trained to deal with cases in which mental illness is a factor.

In March 1996, Nicholas Benteau was shot and killed by two RCMP officers at Benteau's father's home in Point May. A subsequent inquiry underscored how RCMP officers are trained to shoot at the centre of the body, rather than shoot to maim.