An American pilot who is attempting to set a record-breaking round-the-world flight touched down in St. John's this week. Robert DeLaurentis, also known as the Zen Pilot, hopes to circumnavigate the globe in 90 days. 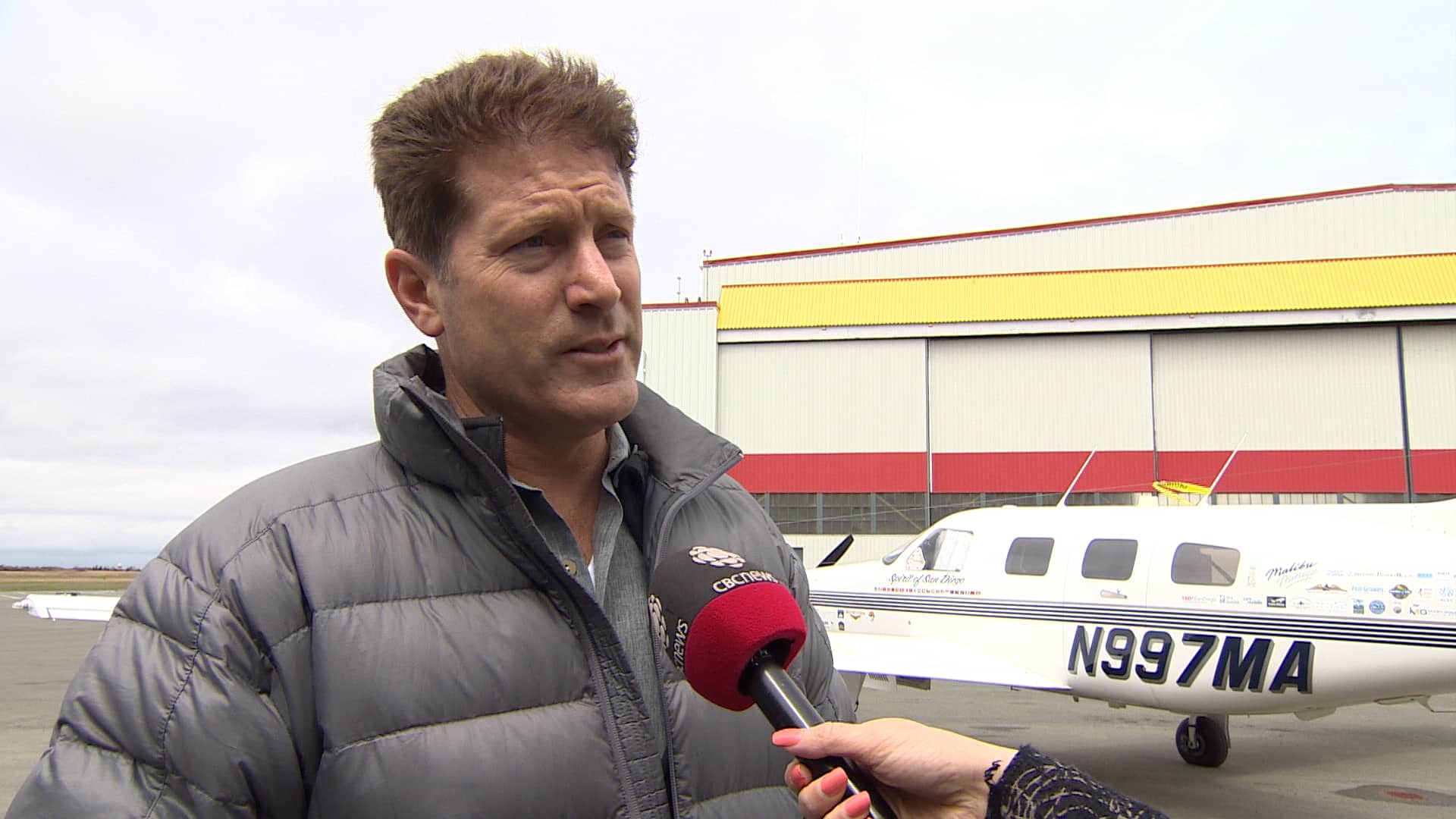 5 years ago
2:50
Pilot Robert DeLaurentis is living his dream flying around the globe. He's promoting some of the most advanced aviation technology while hoping to inspire others to dream big and pursue their passions. 2:50

There are many different ways to raise money for a scholarship fund or an elementary school.

Flying around the world is not the first idea that springs to mind, but that's exactly what Robert DeLaurentis, a successful businessman and aviation enthusiast from of San Diego, California, is doing.

He took off from Lindbergh Field in San Diego on May 17 in his state-of-the-art aircraft "Spirit of San Diego" for a 90-day, 22-country around-the-world adventure.

He touched down in St. John's this week aboard his 1997 Piper Malibu Mirage airplane, which has been highly modified with the latest in aviation technology, making the plane faster and safer than ever before.

Soaring with the Zen Pilot

DeLaurentis is known as the "Zen Pilot," and is the creator of a program called "Flying Though Life," which aims to help people grow their business and relationships with applied spirituality.

He plans to write a book about his adventure.

In this lifetime I'd like to do all that I want, and this has been something that's been on my mind for a long time.- Robert DeLaurentis

He's only been flying for about six years, but developed a passion for flight at a very early age.

After growing his apartment rental real estate business into a very successful enterprise, DeLaurentis said the time was right to undertake his dream of flying around the world.

"In this lifetime I'd like to do all that I want, and this has been something that's been on my mind for a long time," he told Here & Now during an interview at St. John's airport.

One of his motivations is to raise money for the Aircraft Owners and Pilots Association (AOPA) scholarship fund, and the Lindbergh Schweitzer Elementary School in San Diego.

The flight will also showcase some of the latest aviation technology, much the same as Charles Lindbergh did on his famed non-stop transatlantic solo flight aboard the Spirit of St. Louis in May 1927.

Lindbergh flew over St. John's on his way.

DeLaurentis compares flying an airplane to playing the best video games, and encourages people to experience the excitement and joy of flying.

"Sometimes it pays to dream impossibly big," he said.

Such an adventure is not without its risks and challenges.

DeLaurentis will wear an immersion suit during flight, and the plane is also equipped with a survival raft and other emergency equipment.

He hopes the equipment used in his plane will make it less expensive and safer for aspiring pilots to fly.

"I would challenge any person who likes their video games to come flying sometime and have a different kind of experience," he said.