From Atlantis to the Atlantic? Aquaman director scouting Petty Harbour

James Wan, director of the upcoming Aquaman film, was visiting Newfoundland and Labrador this week scouting locations for some upcoming projects.

Aquaman set to hit the big screen in 2018

Petty Harbour is one of the oldest settlements in Newfoundland — but it's nowhere near as old as the mythical Atlantis.

Still, could the fishing village play host to Aquaman and other Atlantean characters in 2018?

James Wan, director of the upcoming Aquaman film, was visiting Newfoundland and Labrador this week scouting locations for some upcoming projects.

He posted a photo of Petty Harbour on Instagram Thursday night.

"If casting is half of your directing, then location is half your photography," he wrote.

A few fans remarked on social media that the scene would make a good Amnesty Bay — Aquaman's, a.k.a. Tom Curry's, adoptive home.

<a href="https://twitter.com/creepypuppet">@creepypuppet</a> Amnesty Bay, I take it?

<a href="https://twitter.com/creepypuppet">@creepypuppet</a> it looks nice. 😊

A few hours later, Wan shared a photo of a highway with the caption "Road to nowhere. #locationscouting."

Wan is working on Aquaman with actor Jason Momoa, who is no stranger to Newfoundland and Labrador.

Momoa is starring in Frontier, partially shot in the province. Last week, Momoa made a trip to Jack Axes in St. John's, downed some beer, and hit some targets.

Momoa will play Aquaman in the film, scheduled to hit the big screen in 2018.

According to Wan, who's directed or produced the Saw films and the Fast & Furious franchise, Aquaman promises to be action-packed.

"The spirit that I'm going for is like a classic sort of swashbuckling action adventure, sort of high seas adventure story," he reportedly told Entertainment Tonight. 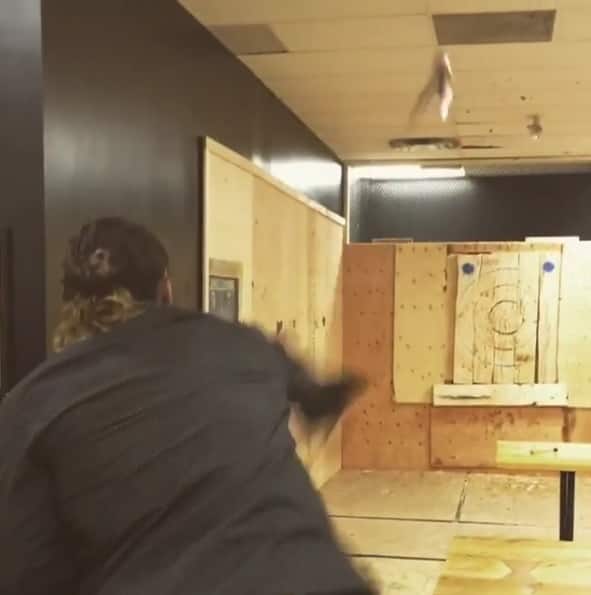