Eastern Health is warning the public after 15 people overdosed in the last two weeks.

Lab testing underway to determine if fentanyl was involved 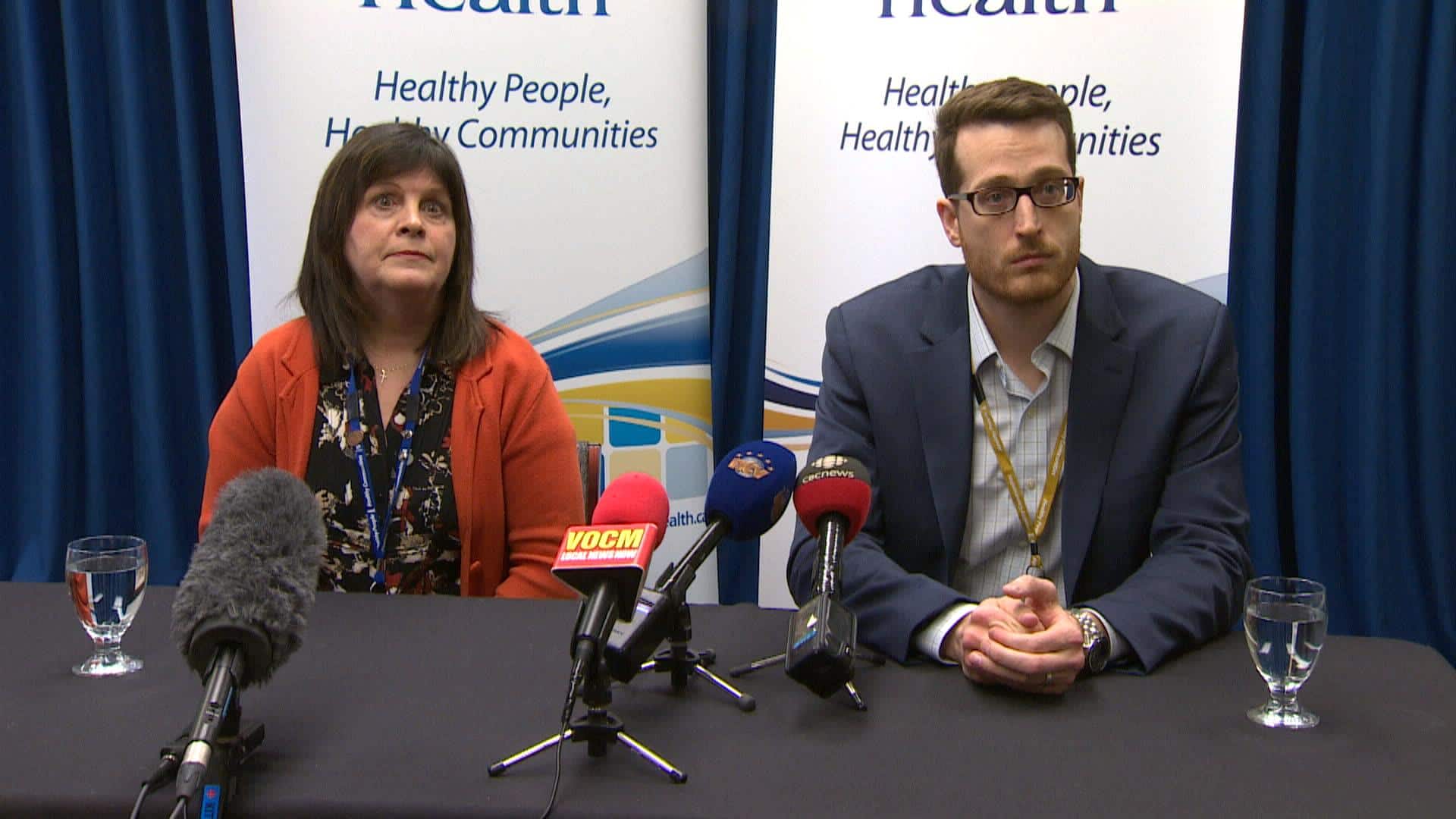 3 years ago
2:25
Eastern Health held a news conference Thursday in the wake of 15 overdoses, including one death, in the metro area in two weeks 2:25

Eastern Health is warning the public after 15 people on Newfoundland's Avalon Peninsula overdosed in the last two weeks. One young person has died.

The health authority held a press conference on Thursday, urging the public to be on high alert and to use extreme caution if consuming illicit drugs.

Sample drugs taken from a recent overdose have been sent for laboratory testing to determine if fentanyl was present in the drugs being consumed.

Patients reported they believed they were taking heroin prior to overdosing. However, Metcalfe said other similar cases involved different opioids.

Some were picked up by ambulance, while others were dropped off at the emergency department. The last noted overdose was on Thursday morning.

In most cases, the drugs were reportedly snorted, smoked or injected. Officials say one person used a Naloxone kit that was available in the community.

Health Minister John Haggie applauded the actions of paramedics, who he says have been equipped to deal with such overdoses.

But Haggie said this cluster of overdoses is "inevitable, given what had been happening across the rest of the country."

"We've tried our best to be as prepared as we can for it and I think the important thing from my point of view is that the paramedics and Eastern Health were ready ... as ready as anyone can be," he said.

Other health authorities and addictions groups have been notified, but the northeast Avalon is the only region where a cluster of overdoses has occurred.

"What's different about this group is patients are giving very similar stories with respect to what they've used and they seem to be all accidental overdoses which is a bit out of the ordinary for our population here in the city," Metcalfe said.

Meanwhile, the Royal Newfoundland Constabulary (RNC) has also come out warning the public of the dangers of taking street drugs.

"Common street drugs such as cocaine, heroin and counterfeit Percocet pills may contain fentanyl and could lead to death," an RNC news release said.

Fentanyl, which has swept the country over the last year, ​is about 100 times stronger than morphine and 20-50 times more toxic than heroin, the RNC said.

Members of the Combined Forces Special Enforcement Unit are investigating the overdoses, and are seeking any information on drug trafficking in the St. John's area.

Symptoms of an opioid overdose, include: