Shootings at the National War Memorial and on Parliament Hill in downtown Ottawa on Wednesday prompted tighter security measures in many government offices, but most government buildings in Newfoundland and Labrador — including CFB 5 Wing Goose Bay — remained open. 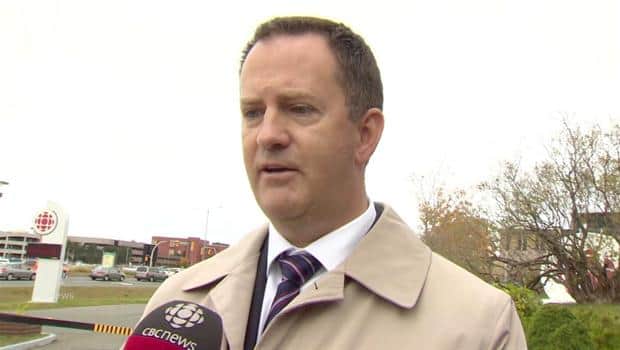 Shootings at the National War Memorial and on Parliament Hill in downtown Ottawa on Wednesday prompted tighter security measures in many government offices, but most government buildings in Newfoundland and Labrador — including CFB 5 Wing Goose Bay — remained open.

The airport and base in Happy Valley-Goose Bay have had no changes to daily operations, and remain open. Flights continued to come and go at the civilian airport located on the base.

A spokesperson said there will be "precautionary measures" implemented at 5 Wing, but wouldn't say what those would entail or when they would be in effect. There are still no changes for public access to the base, and more updates are expected on Thursday morning.

There were no changes to a NORAD exercise scheduled in Happy Valley-Goose Bay, according to spokesperson Alexandre Cadieux.

Cadieux said security measures are determined by the Department of National Defence, and NORAD continues to evaluate its procedures, but there have so far been no necessary changes.

There is currently a NORAD exercise going on at the military base, but there have been no updates on that operation.

Members with the Canadian Armed Forces in Quebec were ordered earlier on Wednesday not to wear their uniform in public places, unless they are on official active duty.

Meanwhile, the Surgeon Lieutenant-Commander W. Anthony Paddon Canadian Forces building in St. John's was closed to the public late Wednesday afternoon. Some other military bases in Canada were locked down following the shooting.

There was an increased security presence at the Confederation Building, in co-ordination with the Royal Newfoundland Constabulary.

A spokesperson with St. John's International Airport said security measures have not changed following the shooting incidents on Wednesday, but noted that "increased vigilance" was issued at the airport last week, after the threat level in Canada was increased.

Increased security was present at the Sir Humphrey Gilbert federal building in downtown St. John's, with only the Duckworth St. entrance open to the public, with visitors signing in.

Several local constituency offices for Newfoundland and Labrador MPs were later closed in the province, following the shooting.