We've gotten ourselves into a mess. Oil, developed properly, can get us out of it | CBC News Loaded
Nfld. & Labrador·Opinion

We've gotten ourselves into a mess. Oil, developed properly, can get us out of it

Newfoundland and Labrador is in a financially dark place but can rely on the offshore oil industry to light the way out, writes Mark Collett in a column for CBC Opinion.

Can we have it both ways with oil development? The answer (still) is yes

This column is an opinion by Mark Collett, chief operating officer with Crosbie Group Ltd.

What a difference (almost) two years can make.

In September 2019, hoping to provoke discussion about what the offshore oil and gas industry has done for Newfoundland and Labrador, I submitted an opinion column to CBC. Subsequently, I was invited to speak with Ted Blades on On The Go. (You can hear the interview below.)

I did so as I was frustrated as to why some were opposed to further developing an industry that has given so much, and debate had become polarized between our need for a lower carbon world and chasing the billions of dollars in oil value sitting under the sea‚ value that could free us of the impending financial disaster sitting in front of all of us.

I argued that there is no need for this conflict — we can, in fact, have it both ways.

The fact is, as I said at that time, oil will be with us for decades to come.

Yes, eventually less of it will be required, which is good for all of us. In the meantime, while demand is strong, the right thing to do is have the demand met by countries that have sound environmental stewardship and world-leading human rights records. If we don't, we will be left out of the economic gains, while Russia and Saudi Arabia will continue to cash in. The result? We're still broke, and the world gets its oil anyway.

Fast-forward 21 months. Twenty-one months which saw the dismal fiscal situation in our province get much, much worse. Facing financial ruin, we tapped the minds of some of our most experienced leaders who produced The Big Reset.

Moya Greene has not pulled any punches. It's clear to her, as it has been to so many for so long, that there's a way out of this mess – raise taxes, create more efficient government, reduce spending, sell assets.

And develop our oil, soon.

The cure isn't worse than the disease. The fact is we have no choice.

We have a path out of a financial mess

We got ourselves into this mess, and now we have to get ourselves out of it, unless we want to hand that responsibility over to the federal government. I don't think anybody truly wants to do that.

There is a way to ease the pain, though. Our offshore oil and gas industry can quite literally help save the day. While we will all still have to take our share of the medicine, I challenge anyone to show me an industry that can put more money into the provincial treasury than the responsible development of our offshore oil and gas resources.

I applaud the success stories we have seen in the technology sector of late. It is wonderful to see, and I am heartened by the tremendous collaborative problem solving taking place, here and around the world, between the technology, environmental and energy sectors.

For perspective though, it would probably take about 30 stories the size of the Verafin success to generate the revenue of one offshore project, when considering royalties and income tax. We need all sectors to flourish but we can't recover, as quickly as we need to, without further developing our offshore.

To provide context to the impact of our offshore, Noia (Newfoundland and Labrador Oil & Gas Industries Association) commissioned an economist to study what the industry has provided and what economic value remains.

Two key findings, among many, stand out. Looking back, the economist identified that average weekly earnings in the province in 1998, the first full year of Hibernia production, was 13% below the national average. In 2017, average weekly earnings were six per cent above the national average. Looking forward, the economist's model used the objectives of the province's Advance 2030 framework, which includes bringing our oil output to just 650,000 barrels per day.

LISTEN | From September 2019, On The Go's Ted Blades speaks with Mark Collett and Charlene Johnson about increasing N.L. oil production: 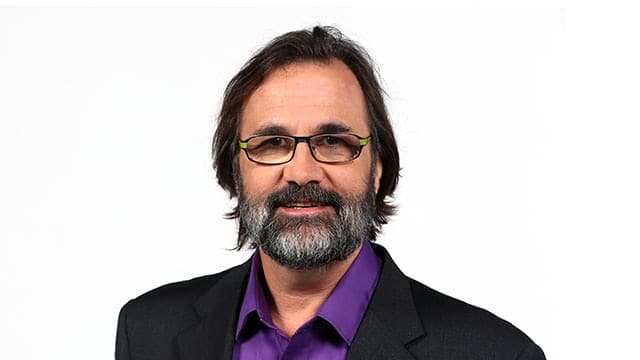 On The Go20:41NOIA Chair and CEO Say Oil's Not Going Away Anytime Soon
Against the backdrop of climate changes marches around the world, Mark Collett and Charlene Johnson tout the benefits of increasing NL oil production.

If our Advance 2030 targets are reached, the model estimated that between 2018 and 2045 the total royalty and tax revenue for Newfoundland and Labrador will be over $100 billion (in 2018 dollars).

It's pretty clear why Greene feels that developing our offshore oil and gas resources is critical to securing our future.

A popular comparison for our offshore oil and gas industry is Norway. Norway has perfected using the capital generated by its offshore to save for the future, through its sovereign fund, and pay for the transition to a green economy.

For our region though, perhaps a more fitting comparison is further south, in Guyana, a small (about 750,000 people) South American country where many Newfoundland and Labrador companies are now seeking opportunities.

Guyana's first significant offshore oil discovery occurred in 2015 and just four years later, in 2019, production commenced. Daily production is expected to exceed a million barrels per day by 2027. It's also worth noting that Guyana's economy has seen its share of troubles through the collapse of primary industries in recent decades, and much emigration as citizens seek employment in more developed parts of the world, including Brooklyn and southern Ontario.

Sound familiar? Since oil has been discovered, Guyana has been experiencing world leading growth rates (the IDB estimates Guyana will average GDP growth of 17.1 per cent for the period 2021-2026) as well as government policy focused on skills and capacity development and diversification in the economic base.

Guyana is preparing for the eventual curtailment of production decades from now and is getting its house in order in the meantime. Oil is making that possible.

It's achievable — and it's necessary

The bottom line is our province's target of 650,000 barrels per day by 2030 is achievable. It is also necessary.

Naysayers say it's wrong to further develop our offshore. I believe they overlook important facts about the lack of immediately viable alternatives, and they fail to accept that our oil has a competitive advantage – low carbon at extraction – over many other jurisdictions. While the biggest carbon impact occurs further down the value chain, achieving low carbon at any point in the process is a good thing.

Naysayers also neglect to acknowledge that the companies producing our oil do so responsibly, while continuously investing in technologies to ensure we are always improving. Naysayers just say it's wrong.

I say there is nothing more right than to pursue the responsible development of our offshore oil and gas industry to pay our debt, to save for the future, and to fund our transition to a green economy.

Globally, there's plenty of demand left for oil, and we are ideally positioned to meet that demand. Our region has some of the best prospectivity for oil and gas on the planet. We have a mature supply chain which is amongst the most stable and experienced anywhere.

Last year, regulatory changes helped establish a regional environmental assessment which applies to a significant portion of the prospected areas off our shores and should reduce the time it will take to move a project from discovery to production, responsibly. And, we have commitments made by essential stakeholders who all want to achieve net zero by 2050. We should all be happy with a scenario like that.

It has been said that it is during our darkest moments that we must focus to see the light.

The promise of our offshore provides some light.

Mark Collett is chief operating officer with Crosbie Group Ltd., and a former chair of the Noia board of directors.