Fire officials are once again raising the alarm about illegal parking in fire lanes, and are mystified that drivers who do it don't seem to understand the risks they're taking. 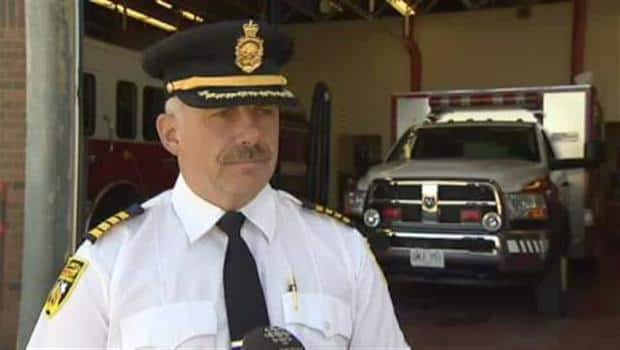 7 years ago
4:28
Businesses are starting to put pylons in fire lanes to stop people from parking in them 4:28

Fire officials are once again raising the alarm about illegal parking in fire lanes, and are mystified that drivers who do it don't seem to understand the risks they're taking.

"People really need to stay out of the fire lanes. They're there for a purpose. It's safety for people," said Jerry Peach, deputy chief of the St. John's Regional Fire Department.

Some businesses, including outlets of the Newfoundland and Labrador Liquor Corp., have resorted to placing pylons in front of their doors to deter parking.

But finding instances of illegal parking is not hard.

"I was in a hurry to get my dinner. I was hungry," said Ed Pynn, whom CBC News caught in the act outside a Sobeys supermarket in Mount Pearl.

Asked what would happen if there was a fire, Pynn replied, "They'd just have to move my truck."

But Peach said firefighters do not have time to wait for a tow.

"Let's just suggest that a fire truck or an engine or a ladder all of a sudden comes around the corner with its lights and siren flashing," he said.

"So now you have all of those people who are standing and stopping in the fire lane, they're all trying to get out of our way, so now we have even more confusion."

Enforcement of parking is difficult when private property is involved.

Peach said drivers should know that it's fine to stop and drop off a passenger, but motorists need to move along while keeping speeds in parking lots to a minimum.