No more plastic bags for shoppers on Fogo Island

Fogo Island is trying to go green by banning plastic bags in stores and encouraging people to bring in their own reusable bags. 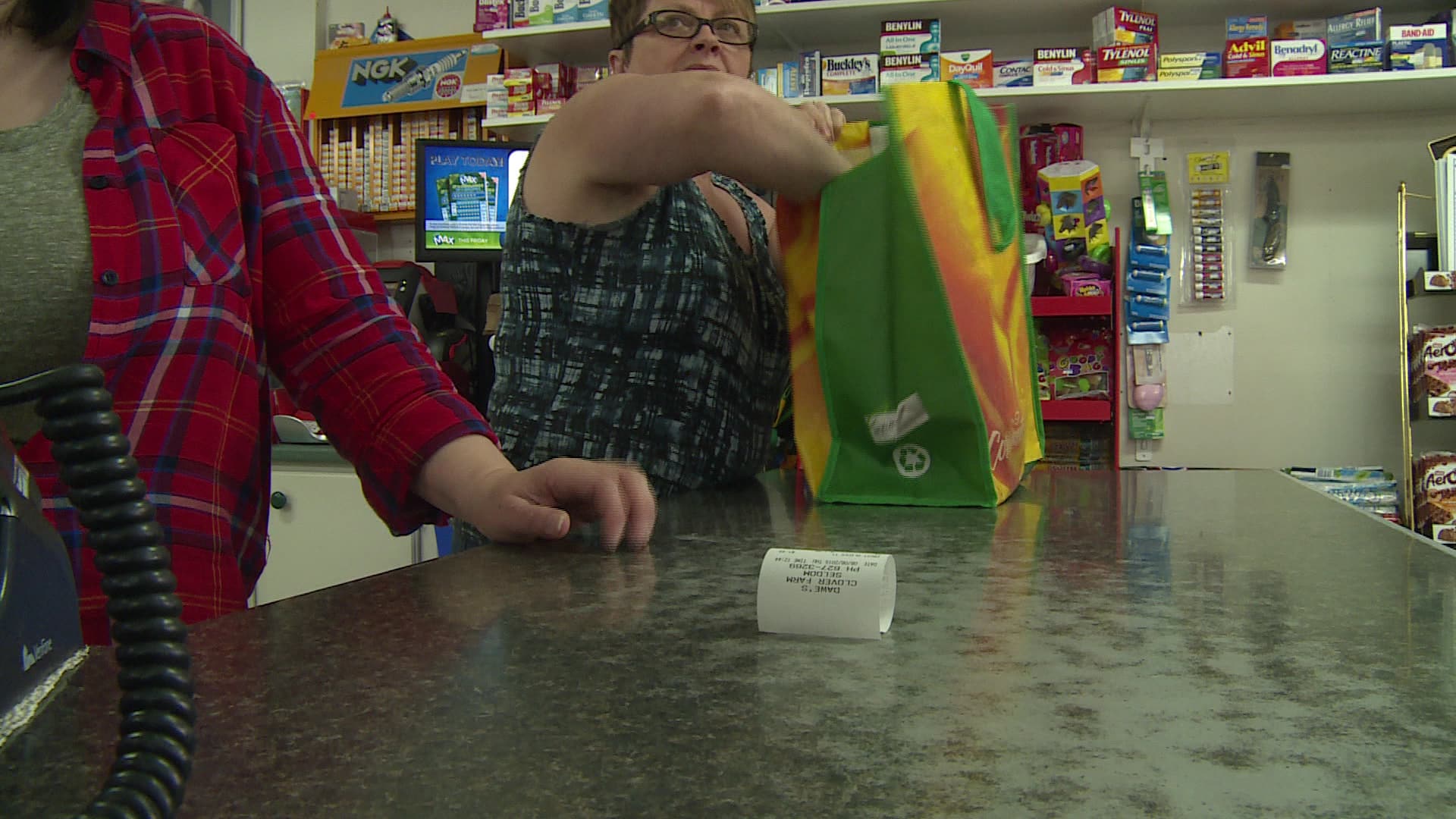 5 years ago
1:53
Customers will now have to bring in reusable bags to buy their groceries at shops on Fogo Island, after the region banned plastic bags. 1:53

Fogo Island is trying to make the region more green by banning plastic bags in all of its stores.

As of Aug. 1, customers will no longer be provided with plastic, though brown paper bags are available if needed. People are being encouraged to carry reusable bags instead.

Gary Dawe, owner of Dawe's Clover Farm Supermarket in Seldom, said his shop originally got rid of the plastic bag option in October.

His was the first store to join in on a pilot project to ban plastic bags altogether on the island. That initiative, he said, was met with mixed reviews.

However, he said some still aren't sold on the idea.

"Some think I'm crazy to be at it, that it's never going to work and I say well, you've got to try it somewhere if you want to get those plastic bags out of the environment," said Dawe.

"It's just as well for me to start as the next person."

According to Dawe, there were roughly one million bags being used each year on Fogo Island before the ban was put in place.

"If a place the size of Fogo Island is using about a million bags, you can only just imagine how many is being used in all of Newfoundland," he said.

Earlier this year, Makkovik and Postville brought in similar bans on plastic bags. Nain was the province's first community to ban plastic bags, back in 2009.

Dawe hopes the ban will catch on, and encourages other store owners across the province to implement something similar.