'Like Armageddon': N.L.ers in Fort McMurray describe their wildfire escapes

Newfoundlanders and Labradorians caught in Tuesday's evacuation of the city are sharing their harrowing stories. 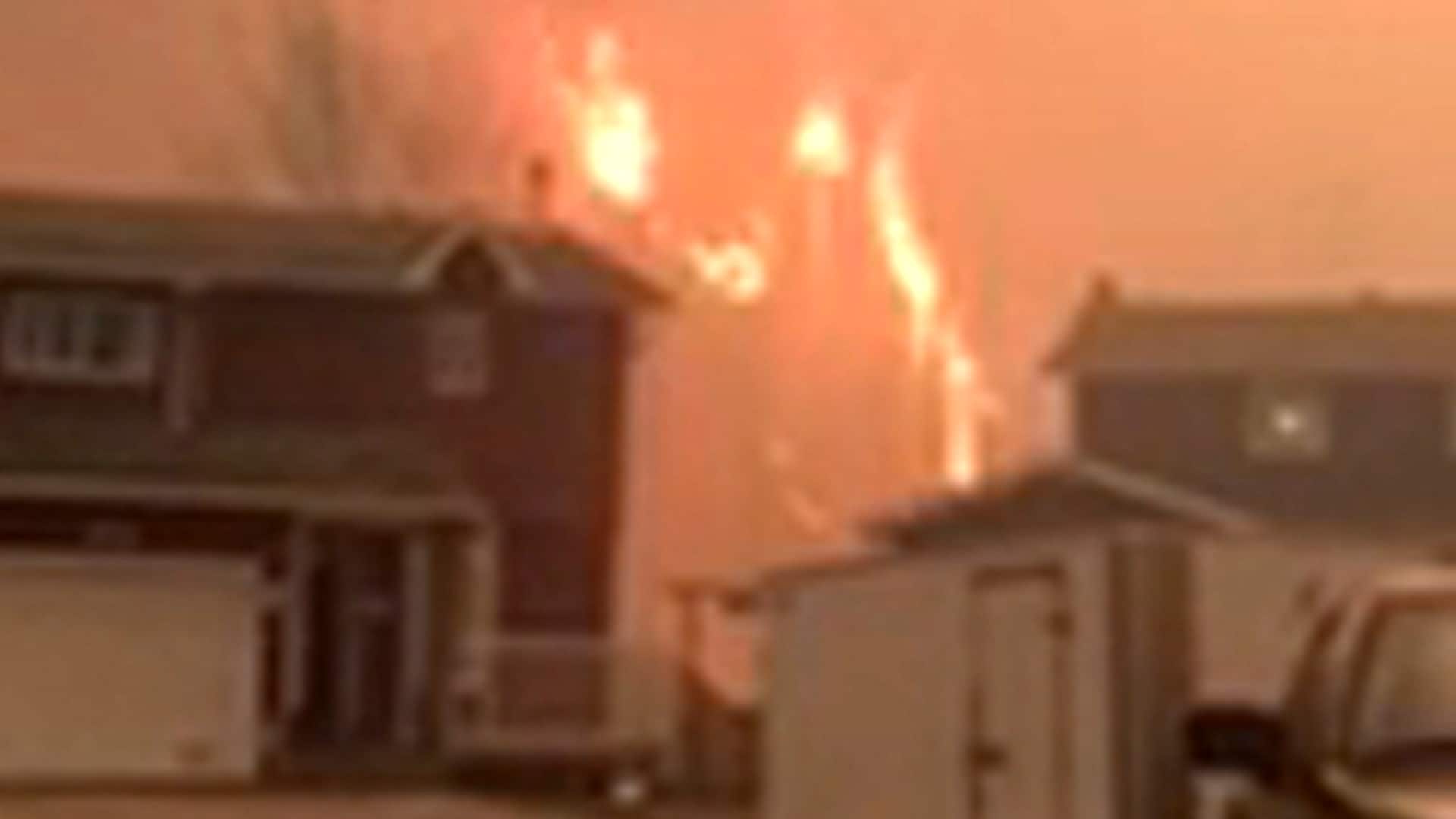 Among the more than 80,000 people forced to leave behind everything they own in Tuesday's evacuation of Fort McMurray were thousands of Newfoundlanders and Labradorians, many of them now coming forward with their harrowing stories of escape from the devastating wildfire.

"It was smoky. It wasn't quite black black, but it was very apocalyptic looking. Very scary. There was pine needles raining from the sky, there was flankers falling," Amy Goodwin, originally from Wabush, recalled of her family's trek to safety.

Goodwin was one of the lucky ones in Fort McMurray — she had time to pack up some family belongings and their dog, before meeting her two kids and husband downtown to head north to the safety of the Suncor camp.

The family made it, but the stench of the destruction lingers with her.

"Smells like a lot of money being burned, and a lot of dreams down the toilet," she said.

Jenelle Ropson, from Pollard's Point, said in the course of half an hour, the flames swept towards her neighbourhood of Grayling Terrace, putting her home in danger.

"I honestly can't describe it, I've never seen anything like that before in my life. It was just complete darkness, the sun was just barely shining through," she told CBC News.

Smells like a lot of money being burned, and a lot of dreams down the toilet.   - Amy Goodwin

She and her boyfriend, their truck low on gas, tried desperately to fill up.

"It was complete chaos. all the gas stations started running out of gas. And there was one left, and people were just driving down the opposite side of the road, over the meridian, it was just complete pandemonium, like Armageddon," she said.

Their truck broke down just after the fill-up, leaving them stranded on the side of the road, waiting for a friend to pick them up. Even at that low point, Ropson said the people of Fort McMurray pulled together to help her out.

"As much as it was everybody for themselves, get out, get out, it truly is amazing how people were still stopping, [asking] 'are you ok', trying to toss bottles out their windows, 'here, take a water.'"

Separated from loved ones

While Ropson and her boyfriend together made it to the safety of a Syncrude camp, Mel Hillier of Grand Bank was among those families separated in the chaos of evacuation.

Hillier had three of his four young children with him as they packed up to also head north, but his 13-year-old daughter was not. When he missed the time window to pick her up at school, she was packed onto a bus and sent north with other students.

Cellphone coverage was down, and Hillier was frantic.

"It was quite scary. You know in the back of your mind, of course she's safe, they evacuated her. But the uncertainty of not knowing," he said.

"Thank god for social media. I was making posts on Facebook, and through a friends-of-friends type of thing, a mutual friend of mine seen her at the camp he was already at and got in touch with us."

The family is now reunited, but Foss said the effects of their escape are only beginning to show in his children.

"I think they're a bit traumatized… they were crying a lot the first day."

Similarly, Blake Crossley from Corner Brook said his two sons, 11 and 14, have now seen things he never wanted them to.

The Crossleys initially headed north when the alert to evacuate the city came blaring across their television, but aware of the lack of communities ahead, they decided to turn around, drive through town and try to make it down Highway 63.

He was unprepared for what lay ahead.

"I saw hotels on fire, I saw people's homes on fire. I have two kids... and I just kept saying, just close your eyes. But they wanted to see it," he said.

"It's like somebody took a bomb and decided to blow the place up. It's just pure destruction. And it just shows you what the force of fire can do."

Doug Norman, who moved to Fort McMurray from Gander 10 years ago, gives credit to the camps for being organized and welcoming to the evacuees.

After what was usually a half hour drive north to Syncrude turned into a seven-hour slog, he and his family arrived in camp to find workers welcoming them with open arms.

"There were people everywhere, but they allowed everyone to bring your pets and everything else and your family, and they gave you a quiet little room," he said.

A knock on the door the next morning signaled another evacuation, as the company organized charter busses for those who didn't have the means to make it south on their own.

But the drive south meant reality began sinking in.

"To think that everything you worked hard for is all gone up in smoke. And the only thing you have left is the few pairs of clothes you have thrown in the back of the truck. That was a hard moment," he said.

Norman, and everyone who escaped and told their story to the CBC, said among the panic and devastation, there is a sense of community that no fire can extinguish.

"The whole community is going through the same thing. To me it makes it a bit easier because you know everyone is looking out for each other," said Norman.

"It's not just one random house that burned down. It's the whole community that's suffering."

Blake Crossley doesn't know for sure what his family lost, but he said that didn't matter in the grand scheme of things.

Like many, Amy Goodwin said her city isn't lost, thanks to a certain East Coast tenacity.