The Haunting of… the Carbonear house: Strange sightings and spooky happenings

Chris Brennan and Larry Mullett bought a property in the small town in Conception Bay North, sight unseen — and later, noticed some weird occurrences that they couldn't explain.

Homeowners describe instances that 'made us question our sanity at times'

It's the strangest thing: it's a bright turquoise house, about 45 metres from the main road, right in the heart of downtown Carbonear — but it's still difficult to spot.

The two-storey building is located in a laneway, on a hill, that's backed by a field. There is a giant tree looming in the front yard, hiding the house from the public's view.

"People that live downtown still don't recognize our house," said Chris Brennan, one of the owners.

"It's almost as [if] it's in this creepy bubble … that it just doesn't get noticed."

Brennan and his husband, Larry Mullett, bought the house, sight unseen, while they were living in Australia four years ago.

The house had been on the market for a while, but the pair didn't question why; they thought they had found a fantastic property for their move back home to Newfoundland.

Then they saw their new abode for the first time.

"There was kind of an immediate unease about the house," Brennan said.

At the time, the property was overgrown, surrounded by bushes. All the colour was washed out of the house's clapboards and the adjacent shed, which they later painted.

Watch: See the third episode of  our "The Haunting Of..." series: 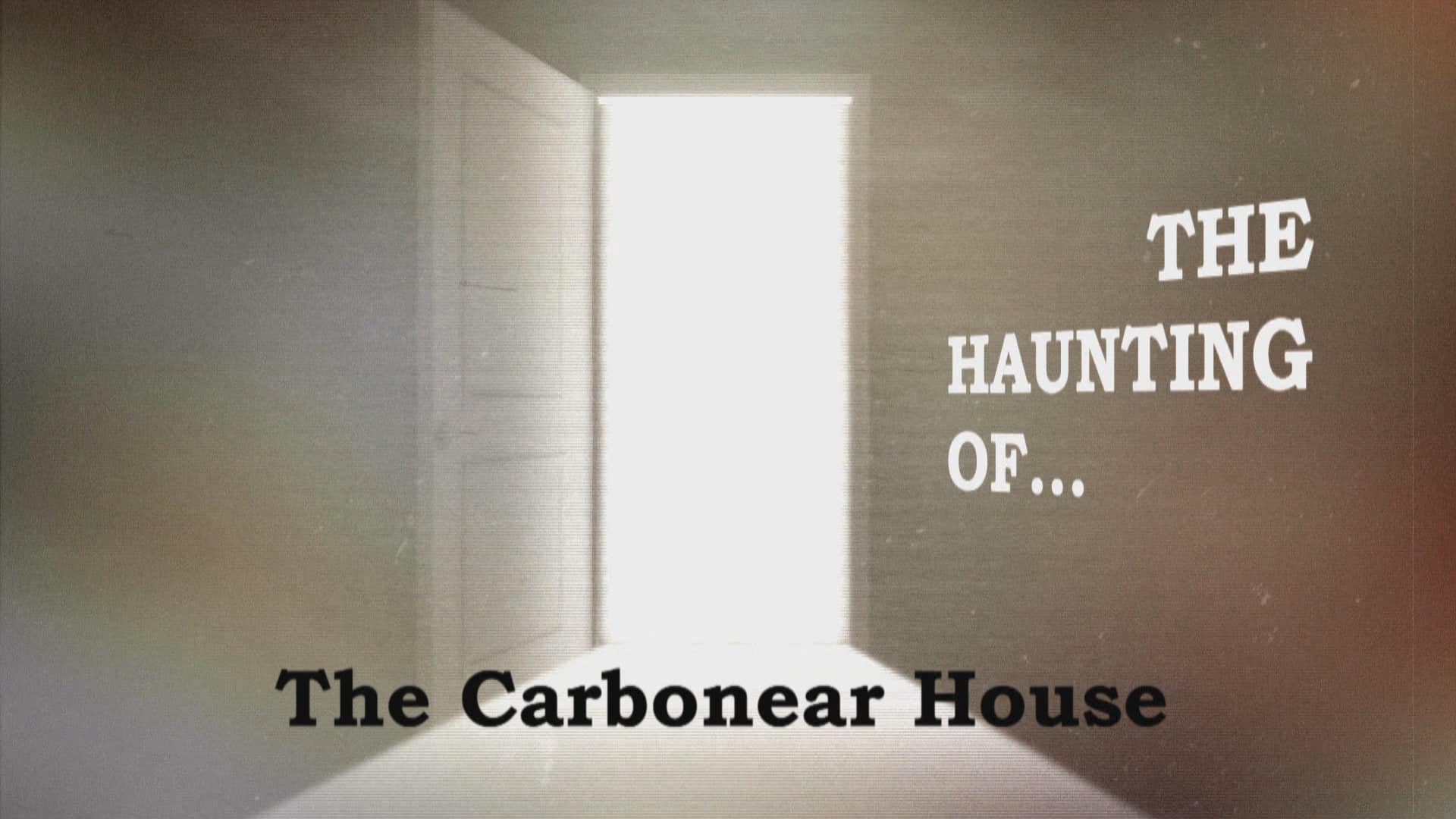 The Haunting of... the Carbonear House

28 days agoVideo
3:38
In this final instalment of CBC NL's spooky series, Chris Brennan and Larry Mullett share stories about unexplained experiences in their home in the Conception Bay North town. 3:38

The feelings of unease didn't subside when they walked inside.

"I kind of got a bit of an eerie feeling," said Mullett.

"There [were] dead bees all over the house," he said.

"It had crow feathers and palm crosses put along the ceiling, tucked into the ceiling, across … both floors, which wouldn't have been put there on their own."

Brennan and Mullett then got to cleaning it up, and started to settle in.

They began meeting the locals, and that's when they started learning about the house's tormented history.

That spurred the couple to delve into researching local records about their house.

One day, when Mullett started clearing the overgrown brush behind the shed, he discovered a small piece of concrete sticking out of the ground.

"I started digging, and then we weren't quite sure what it was. But the first thing we found were bones," said Mullett. "Luckily, they were animal bones."

Brennan added, "We kept joking it was a grave, because it looked like a grave at the starting point."

Mullett and Brennan kept digging, and discovered the structure was actually a root cellar that had been filled in.

"For having never been in a root cellar ever, it looked like a small — like a tomb, a mausoleum, kind of thing, which just added to the drama," Brennan said.

"And this was all … during Halloween, which made it even creepier."

Using a mesh filter to sift through the dirt, they unearthed a treasure trove of artifacts: old nails, small toy cars, a stubby beer bottle, a brass doorknob and a blue cosmetics bottle.

"We've kept them in the living room of the house for people to see when they visit," Mullett said.

The couple had been living in the house for about a year, renovating it from top to bottom, when some strange things started happening.

"There's been a number of instances that are a bit weird and that really made us question our sanity at times," Brennan said.

One evening, Brennan and Mullett were outside in the yard, building a fire.

Brennan looked up toward the house and saw their friends, who were in the kitchen on the ground floor. But he also saw something strange on the second storey.

"In the guest bedroom, there was a white-like object, in the shape of a person, that moved across the window, in a completely pitch-dark room," he said.

All the lights were off upstairs. No cars were going by. Brennan said there was absolutely nothing that could explain what he was seeing.

"The shape of it and also the colour of it, it reminded me of if Larry were in the window wearing his — he has a white, knitted, almost like [a] captain's-like sweater," Brennan said.

But, he said, he just shrugged it off.

Then, the following morning, one of their friends walked into the hallway.

"She heard someone walking down the stairs, and she went to the stairwell — and she saw Larry, who often wears a white sweater, and saw him turn around the corner," Brennan said.

The friend heard Mullett walk into the kitchen, and start to make breakfast.

She went downstairs to see him — but when she got to the kitchen, it was empty.

Mullett was still upstairs in bed.

The strange occurrences didn't end there.

During that year of renovations, Brennan and Mullett were in and out of the shed every single day.

As the renovations were winding down, Mullett went to the shed's attic, and found a piece of paper in the middle of the floor that hadn't been there before.

On it, a dark poem was scrawled, and at the bottom, the writer added two lines: "There still remains under my invisible tree, a gift for you!"

"The shed's locked … so I knew that it was only myself and Chris who had access to it," said Mullett. "It's all a bit spooky."

Brennan added, "We still have no idea how it got there."

After that final week in the house, the couple moved out and started on their next journey to Ireland.

But the weird happenings in the Carbonear house continued.

Brennan and Mullett rented out the property through Airbnb, and upon checkout, some guests would share stories of some strange occurrences, especially in the guest bedroom.

"[It] may be the scariest, because most of the stories and most of the happenings have happened in that room," said Brennan.

"So that's the warning that we have given to people who have stayed."

Some guests said they awoke in the middle of the night to a pair of red eyes in the window, staring back at them.

Another guest said their belongings kept being moved.

Brennan and Mullett are still searching for more pieces of the puzzle that is their Carbonear home.

"We're still open to adding to the history of the house. It's definitely been interesting," Brennan said.

Mullett said they're also learning more about the industry of haunted tourism.

"People that travel just for these types of stories — and especially around … the end of October, when things are typically quiet in [the] travel season," he said.

Meanwhile, Brennan said anyone with questions about the darker history of his house or the small Conception Bay North town should experience the stories first-hand.

"The best way to find out is to come and ask the locals yourself," he said.

"It's their story to tell, and they definitely have no problem telling it!"