From a tiny N.L. outport to a sprawling Vietnamese city, here's how this woman is enduring COVID

In the second segment of our Far From Home series, Sabrina Pinksen shares what it's like to live in a densely populated Southeast Asian country that has managed to keep COVID-19 relatively at bay.

A woman from a small town near the Baie Verte Peninsula says life in Vietnam is largely COVID-free.

Sabrina Pinksen, who is originally from Wild Cove, lived in South Korea before moving to Hanoi at the end of 2017 — a city of about 10 million people, in a country of 90 million that's geographically smaller than Newfoundland and Labrador, she notes.

Despite the vast difference in population, both of Pinksen's homes have one thing in common: their low infection rates.

"I don't even think about COVID, going out into my daily life," Pinksen said.

As of Wednesday, Vietnam has had 1,351 cases and 35 deaths since the pandemic began, according to the World Health Organization. That includes a handful of positive cases this week — and the first locally transmitted case in nearly three months.

"We have a very porous border with China.... They closed the borders almost immediately [at the start of the pandemic]," Pinksen said, noting that Vietnam went into a countrywide lockdown for three weeks in April.

She says the country has been extremely proactive in its handling of the pandemic.

"They really focused on community transmission and contact tracing, and stuff like that. There were tests available for anyone who thought they might need one," she said.

"This is a massive tourist destination. So everyone that was still coming into the country … they were brought into government quarantine camps that were erected all around the country. And that went on for quite a while."

A second wave struck in July, in the city of Da Nang, in the central part of Vietnam — and Pinksen happened to be there on vacation.

"I think there were … 50,000 people [from Hanoi] that were in Da Nang during that outbreak, and everyone that came back to Hanoi, 50,000 of them, they had us tested in a matter of a couple of weeks," she said.

When it comes to daily life in Hanoi, Pinksen said, it's like COVID-19 doesn't exist.

"This is a mask-wearing country anyway. So even before COVID, a lot of people would wear masks," she said.

Living away when a pandemic strikes

"It was scary being a foreigner in a country that's not your own and not really knowing what is going on," she said.

"[But] it never really got that bad here during the first wave."

WATCH: See the second episode of our Far From Home series: 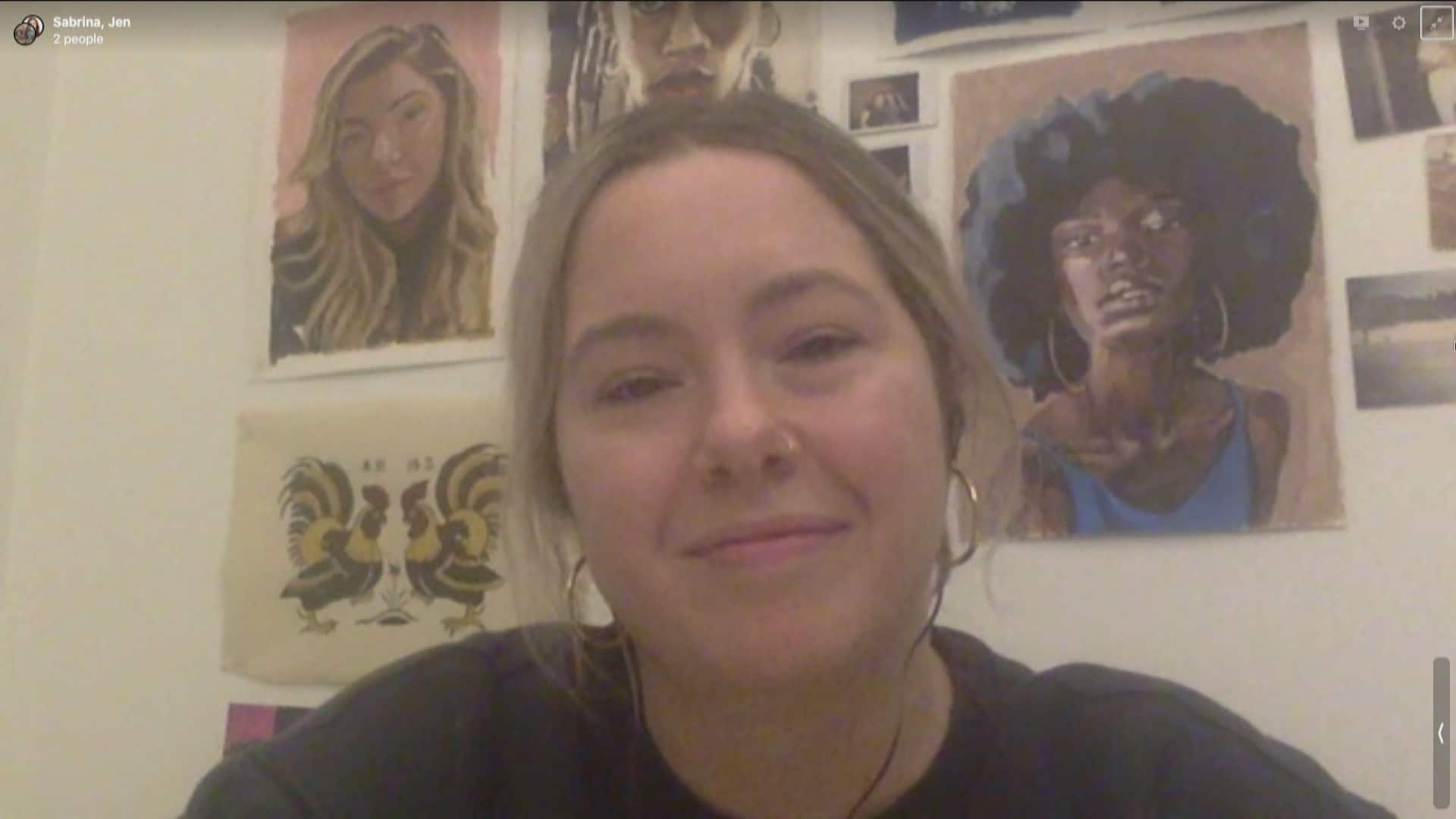 2 months agoVideo
6:04
In the second segment of CBC N.L.'s "Far From Home" series, Sabrina Pinksen speaks with the CBC's Jen White about what it's like to live in a densely-populated country that has managed to keep COVID-19 at bay. 6:04

Pinksen initially tried to get back to Newfoundland and Labrador, but her plans didn't pan out. She called the Canadian Embassy, which put her in touch with a travel agency.

"[The travel agent] said, 'Well, we're going into lockdown tonight. So it's going to be a lot more difficult to leave. And there's a flight leaving tomorrow, but it's full. Give me your contact information, and I'll put you on a list,'" she recalled.

"But my passport was at Immigration waiting for a visa extension, so I couldn't get on a plane [at the time] if I wanted to.… So I accepted that I wasn't going anywhere."

The pandemic has had a positive effect on her work life.

Pinksen is employed as an online ESL teacher for a Chinese company. Since people are spending more time at home, her skills are more in demand.

"Meanwhile, all of my friends here were out of work, so I was the only one with a steady job, which is strange."

Pinksen said she had hoped to be home for the holidays, but that's not going to happen this year.

"I'd like to return in the spring. But … if the situation is the same in the rest of Canada, I don't know why I would trade in the freedom that I have right now to come home," she said.

Pinksen said she will see what the situation is like in six months, but, in the meantime, she's dealing with homesickness.

"[It's been about] 15 months since I've been home, and I usually come home every year. So I definitely missed it this summer," she said.

"I speak to my parents usually once a week, and I get concerned — my dad has COPD, and my nan is 92, so I definitely get concerned. But I'm very grateful that everything in Newfoundland is OK right now."

Far From Home is an ongoing series about Newfoundlanders and Labradorians who are living in other parts of the world during the COVID-19 pandemic.