Trading lockdown in Dublin for isolation and Christmas in N.L.

In the first part of CBC N.L.'s Far From Home series, Larry Mullett and Chris Brennan talk about how they are breaking free from their studio apartment and Ireland's strict restrictions to come home to the province for the holidays.

Two Newfoundlanders have broken free from their studio apartment and Ireland's strict COVID-19 restrictions to come home for the holidays.

Larry Mullett, who's originally from Burin, and his husband, Chris Brennan, from Mount Pearl, have lived in Ireland for the past three and a half years. But things became more challenging after the COVID-19 pandemic struck.

"We've largely been in lockdown since March," said Brennan earlier this month from their home in Dublin.

The country went back to Level 5 — its highest alert level — on Oct. 21, for six weeks.

The strict restrictions were an attempt to keep the rising COVID-19 numbers at bay, and to potentially allow more relaxed rules during the Christmas holidays.

Around the time that the restrictions were implemented, the country was counting about 1,000 new cases each day.

"Essential shops are the only things that are open," Brennan said.

"Restaurants are closed, except for takeaway. You can only go five kilometres from your house. You can't have friends over. You can't visit anybody. So it kind of limits a lot of opportunities to do much of anything."

Aside from going for walks around the neighbourhood, Brennan said, there was not much else to do outside.

Daily rates in Ireland have declined to about 200 to 300 cases per day, and the Irish government plans to ease Level 5 restrictions in multiple stages, starting Dec. 2.

One service industry in particular in Ireland has been hit hard by the restrictions.

A few days before St. Patrick's Day, the pubs closed — and haven't reopened.

"It was a sad way to start isolation," said Mullett.

"Ireland without pubs is like Disneyland without Mickey Mouse. It is a big part of the culture here," he said.

"It's a big part of the opportunity to be able to go and meet your friends and keep your social circle going around the city. So it's been quite hard to just try and… stay inside."

Grocery shopping at the Irish equivalent of Needs

When the lockdown started in March, Mullett said grocery shopping in Dublin was "a bit of madness."

"People were stocking up on essentials. There were lineups around the block, especially for more low-cost grocery stores. It was just insane," he recalled.

"You kind of had to pace yourself or time yourself when you went to the grocery store, and you made sure to pick up as much as you could."

Then, the pair decided to shop at smaller stores, to ensure there were fewer crowds.

"So basically, we shopped at … a Needs Convenience store equivalent for two months," said Brennan, until the rules became more relaxed, and they felt comfortable enough to shop at their regular grocery store.

Mullett said it cost a little more but they felt it was worth it for the feeling of the safety.

Since the two live in a small space, their work lives took over their entire apartment.

They both work in international markets, so Mullett said, they are on Zoom or Skype calls constantly — with one person at the kitchen table, and the other set up in the bathroom.

"We would try to work [out] our schedules so that … if we had an important client meeting, that the other one would reschedule," he said.

"In the end, we bought a little gazebo tent — it's like a two-metre-by-two-metre tent, and we put it in our [little] courtyard [that's] about the same size of the tent, in the front of the apartment."

Brennan added, "I tend to still use the bathroom because it's warmer. And this is where Zoom backgrounds come really in handy!"

Approved travel over the summer

Luckily, they did manage to get in some travel for a break.

Mullett and Brennan went to southern Italy, around the Amalfi Coast, for a week in August — when Ireland was allowing residents to travel to approved countries on a "green list."

"The green list consisted of any country in Europe only that had a lower COVID rate than Ireland did, and then you wouldn't have to quarantine when you came back," said Brennan.

He said Italy was strict in following the rules with masks, hand sanitizer, and using a temperature gun to check for COVID-related symptoms.

"So we were able to … be outside all the time, avoid the crowds, but it [was] still kind of … [busy and felt like] we had a vacation," Brennan said.

The Irish government has since removed all countries from the green list.

"We [had] booked again for Italy in October, for a week — and the week before, the flights got cancelled," said Brennan.

Mullett said while they have lived outside of Canada for the past decade, they're always a little homesick — but this year was especially hard.

"The whole reason why we chose to move to Dublin is so we could travel to Europe, and for the past year, we haven't been able to do [much of] that," he said.

WATCH: See the first episode of our "Far From Home" series: 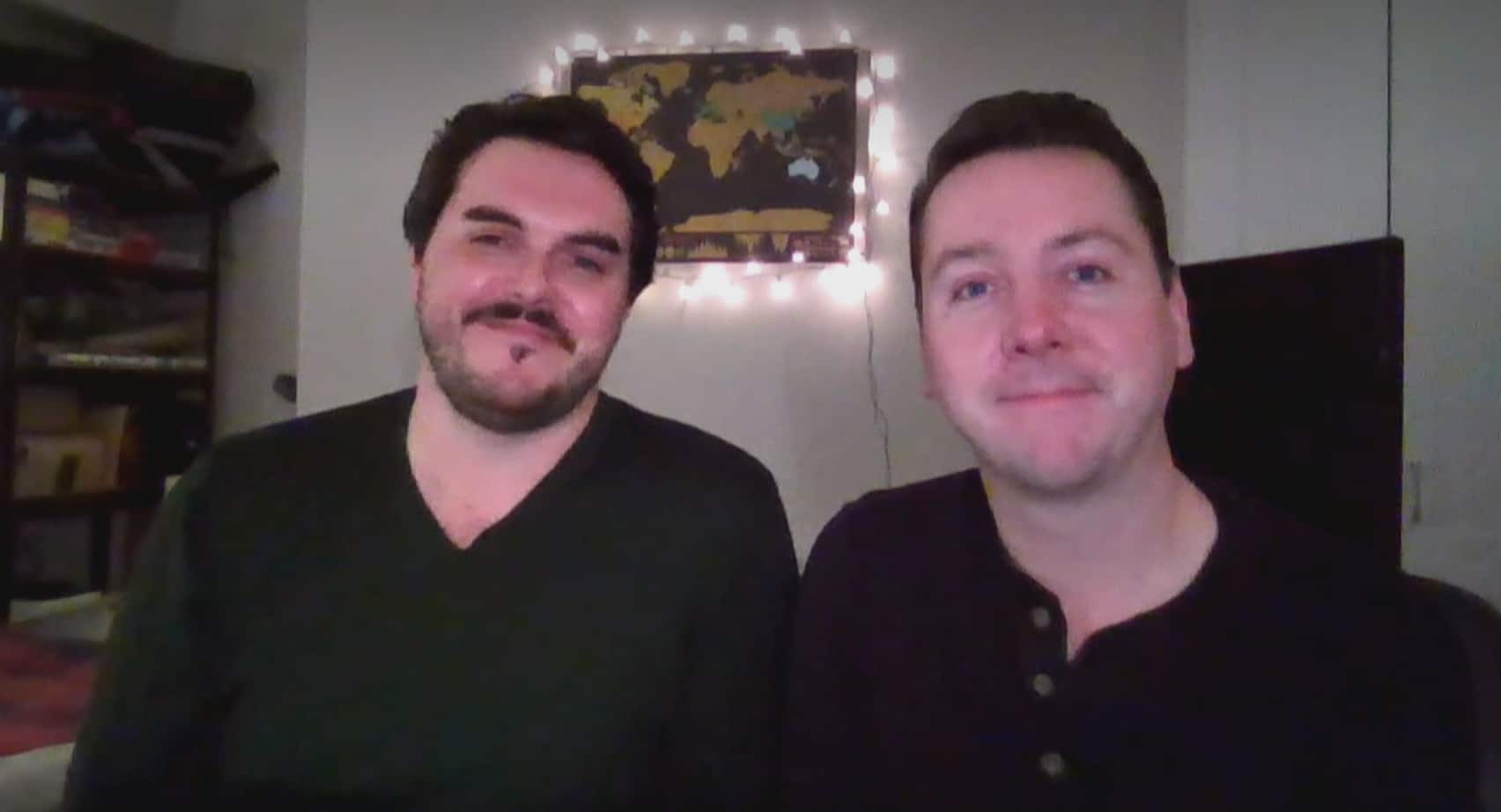 3 months agoVideo
5:58
In the first part of the Far From Home series, Larry Mullett and Chris Brennan speak with the CBC's Jen White about how they are breaking free from their studio apartment and Ireland's strict restrictions to come home to the Newfoundland and Labrador for the holidays. 5:58

Brennan added, "At this point in time, where we're spending all this time not doing anything, and we could be with our families or seeing our friends.… So it just seems like a bit of time wasted in a lot of ways."

The pair have since made it home to Newfoundland and Labrador, where they plan to stay for the next few months.

Mullett and Brennan are in isolation, and they're excited to spend the holidays with their loved ones once their 14 days are up.

"If we're going to be locked down … at least we want to be with our friends and our family, because that's what Christmas is all about," said Brennan.

Far From Home is an ongoing series about Newfoundlanders and Labradorians who are living in other parts of the world during the COVID-19 pandemic.