The Inquiry into Missing and Murdered Indigenous Women and Girls heard from a couple who lost their daughter-in-law in a murder-suicide.

The National Inquiry into Missing and Murdered Indigenous Women and Girls heard from families and survivors of violence during testimony in Happy Valley-Goose Bay on Wednesday, as the inquiry began a two-day visit to Labrador.

Commissioners Qajaq Robinson and Brian Eyolfson heard public testimony from five witnesses — four from Labrador and one from Newfoundland.

She had a knife in her heart.- Gordon Obed

Gordon and Silpa Obed of Nain struggled through tears while they told the inquiry about their daughter-in-law, Katie Obed.

Katie was married to Gordon and Silpa's son, Gordon Jr., for seven years before he died of tuberculosis in April of 2015.

"She was lost," Gordon said. "Not visiting out home like she used to and isolating herself."

Katie was lonely, the Obeds said. Her oldest son was attending college in Happy Valley-Goose Bay, and her other three boys were taken into care outside the community.

In October, she took in a cousin who had just been released from prison. Gordon Obed said he and his wife worried about the cousin abusing Katie, but didn't know whether they should intervene.

On December 23 of the same year, Katie Obed was killed by her cousin, who then killed himself.

'Our world turned upside down'

Katie's oldest son — Gordon and Silpa's grandson — was home for Christmas. He was the first to learn of his mother's death.

"He went to check on his mom in her bedroom, she was covered in a blanket," Gordon said.

"She had a knife in her heart."

Gordon said his grandson ran to an aunt's house, and she called Gordon and Silpa.

"That's when our world turned upside down," he said. 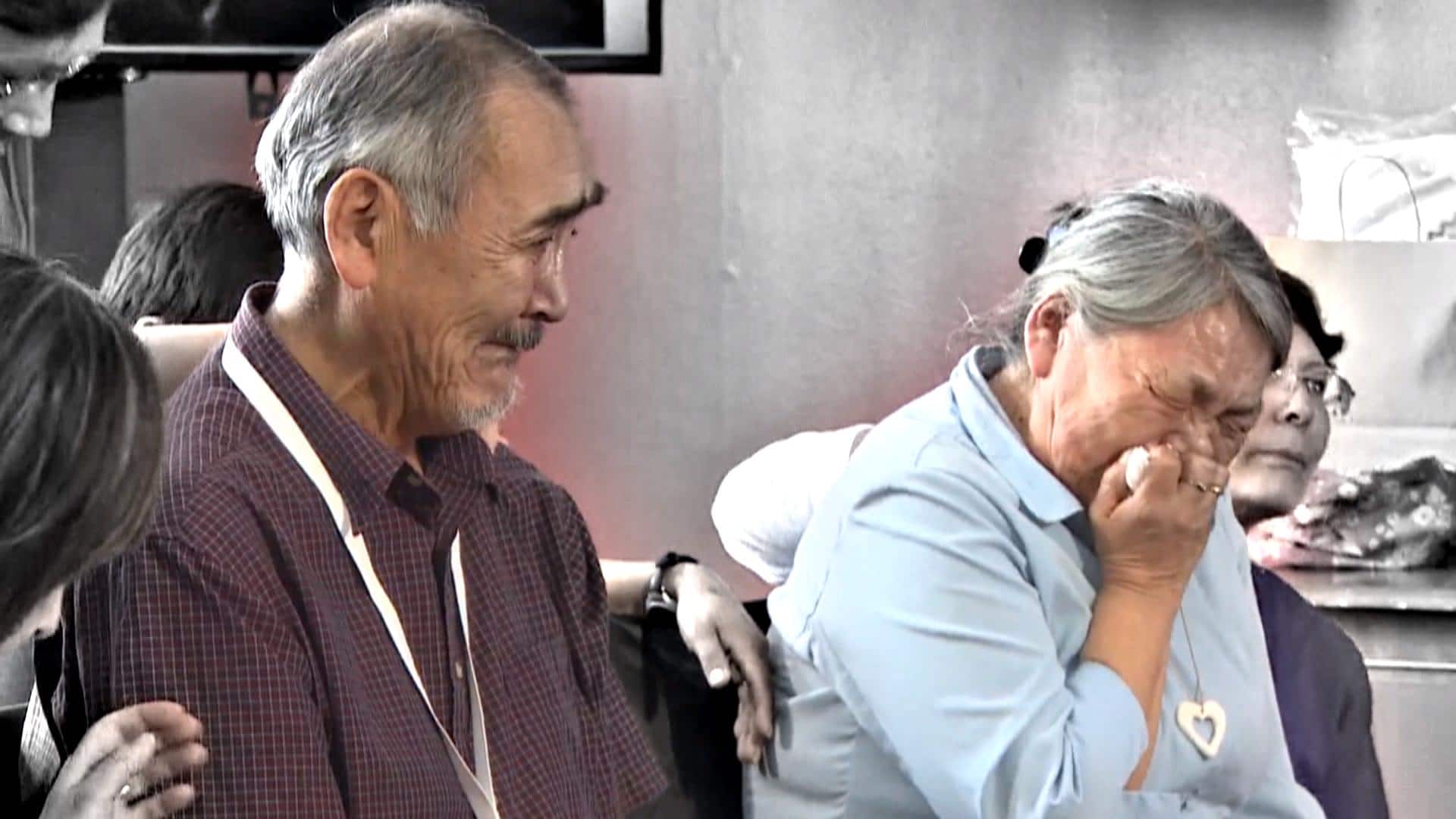 3 years ago
3:17
Gordon and Silpa Obed recount the day their grandson found his mother dead in her bed 3:17

The Obeds worry about Gordon Jr. and Katie's four sons and the impact their parents' deaths have had on them.

The two youngest boys remain in foster care far away from Nain. They are able to visit, but not for long enough, Gordon said.

"I just wish we were together like family," said Silpa Obed.

Commissioners also heard from Dionne Ward-Young, whose mother, Ann Maria Lucas, was killed by her estranged boyfriend in 2003, and from Charlotte Wolfrey, whose daughter Diedre was killed in 1993.

Kim Campbell-McLean, executive director of AnânauKatiget Tumingit Regional Inuit Women's Association, began her testimony by recounting an attempted assault by an older acquaintance when she was 13.

"Even though I was young and naive, I knew I had to fight," she said. "I did escape and I did not get raped, because I fought."

The hearings in Labrador began the same week chief commissioner Marion Buller asked the federal government for a two-year extension, which would see the inquiry's work continue until December 2020.

Not all testimony public

Commissioner Qajaq Robinson stressed the need to hear from families all over the country.

"The reasons aren't complicated. This is a tragedy that affected every corner of this country," she said.

Inquiry spokesperson Tiar Wilson said 25 witnesses are expected to contribute over the next two days, but that number could still change.

Wilson said nine witnesses have agreed to testify in public, another nine will give testimony privately to commissioners Robinson and Eyolfson. The remaining seven are scheduled to meet with statement-takers behind closed doors.

Bailey White is the producer of the St. John's Morning Show, on CBC Radio One.