Assuming they hadn't won $18M, a St. John's couple delayed checking their ticket. They were wrong

Nicole Parsons and Francois-Xavier Morency heard the news of a large lottery win in St. John's but waited to check their ticket because they wanted to keep the dream of winning alive.

Nicole Parsons and Francois-Xavier Morency heard the news of a large lottery win in St. John's but waited to check their ticket because they wanted to keep the dream of winning alive.

"The sooner I go check it, the sooner I will know I'm not the winner, so I'm just going to hold on to it for a little longer," Parsons said in a news release Tuesday.

In this case, though, the dream didn't end when they checked their ticket — the winner of an $18.2-million Lotto 6/49 jackpot.

After watching the eyes of the two gas station employees who scanned the ticket light up, Parsons said she was told she might want to sit down for what they had to say next.

"They just slid the paper across the counter, and I looked at it.… I didn't know if I was going to cry, if I was going to hyperventilate because I had a mask on," she said, laughing. "I was in disbelief when I found out it was a major winner."

WATCH: See how Nicole Parsons and Francois-Xavier Morency reacted to learning about a huge lottery win 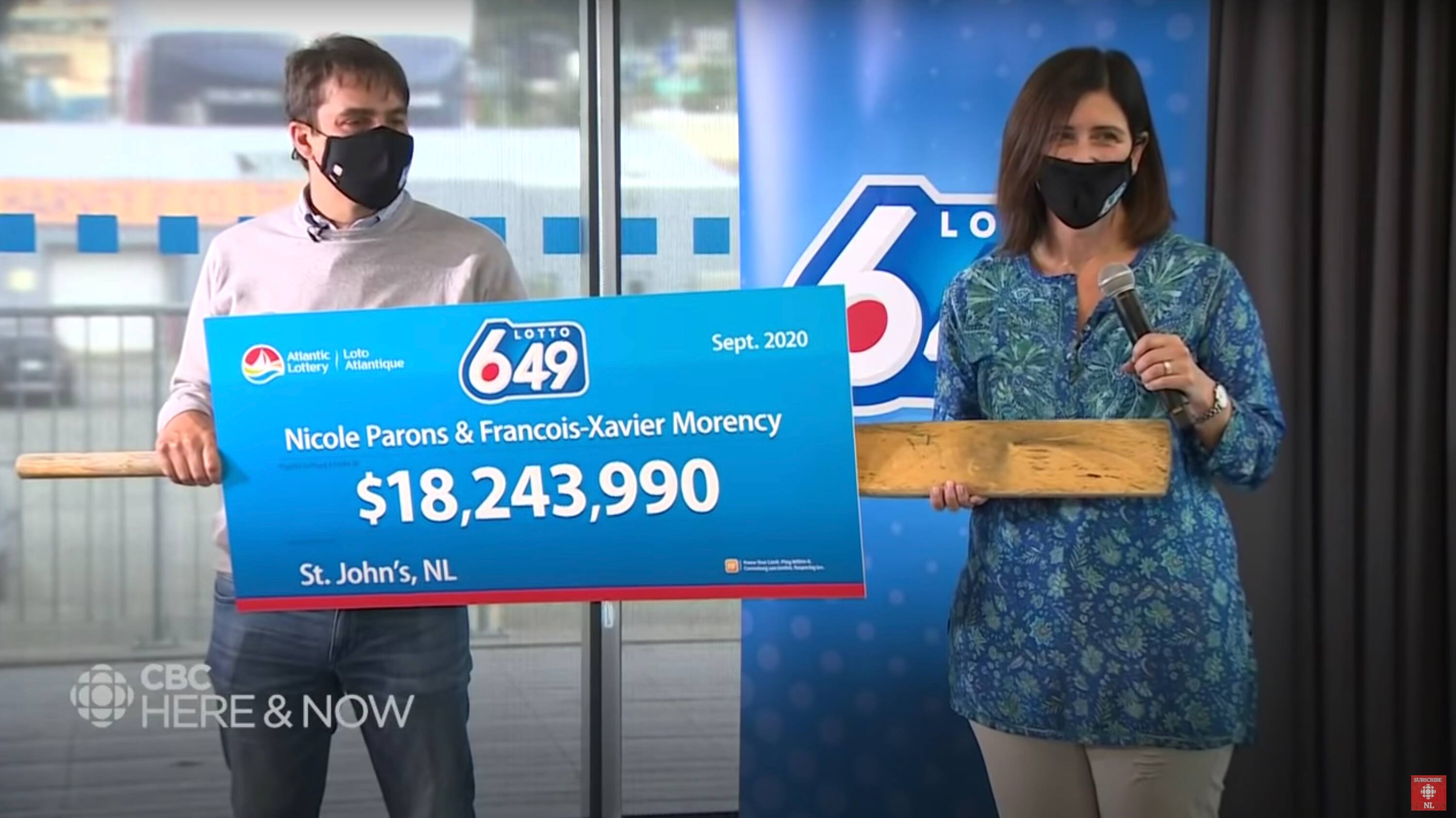 1 month ago
2:01
Find out how Francois-Xavier Morency and Nicole Parsons reacted when they found out they had won $18.2 million. Mark Quinn reports. 2:01

During the presentation of their winning cheque Tuesday, the couple said they plan to use the money to take care of their families, travel and buy a condo in Quebec City to be able to visit Morency's family more often.

Parsons, a human resources manager who volunteers as a board member at Choices for Youth, and Morency, who works in the shipping industry, also plan to retire early.

"With this amount of money and the current situation, there are other families who need our jobs so they can go back to work," Morency said. "We no longer need that work, so professionally we can step aside and make sure two other people that need them have a job."

With files from Mark Quinn