N.L. beekeepers are trying to keep a deadly parasite at bay. The odds are against them | CBC News Loaded
Nfld. & Labrador

N.L. beekeepers are trying to keep a deadly parasite at bay. The odds are against them

Newfoundland and Labrador is the last province in Canada, and one of the few places in the world, free from a deadly honeybee pest. But even as a coordinated effort to keep it out ramps up, optimism is flagging.

Few beekeepers in Newfoundland and Labrador have hands-on experience with the varroa mite, an invasive parasite that plagues honeybees worldwide.

Megan Samms is one of the exceptions, with years spent commercial beekeeping in Alberta's Peace Country, a honeybee hot spot of Canada.

"I saw it every day," she said. "There's not a day goes by when you're keeping bees there that you don't at least see them."

Samms hasn't seen a mite — to the human eye, they're just little red specks — since she moved home to the Codroy Valley, in southwestern Newfoundland, a few years back with her partner.

Newfoundland and Labrador is the last province in Canada, and one of the last places on Earth, free of the pest, and Samms has joined in an effort among local beekeepers to keep it that way.

On her small farm and apiary, one of the closest beeyards to the ferry to Nova Scotia, she's acting as a sentinel hive: keeping an eye out for the mite should it manage to hitchhike over the Cabot Strait, and ready to sound the alarm and quarantine the bees should that occur.

Samms knows what's at stake, having spent her beekeeping past fumigating hives to try and keep the mite at bay, or face the colony-destroying consequences. The vampire-like arachnids not only feed on bees themselves, but can infect them with a host of other deadly viruses, all of which go by unappealing names, and are so far also yet unseen in Newfoundland and Labrador.

"I would never want to see another colony with deformed wing virus. It's really sad. They can't fly, they can't forage. They wither," Samms said.

The bulk of commercial beekeeping worldwide hinges upon on a single species of bee: the western honeybee.

Originally native to Africa, humans have spread it around the world for its unsurpassed honey-making and pollinating abilities. Agricultural pollination far outstrips honey in the bees' economic value, although that commercial use comes with about both honeybee health and that of native pollinators, like bumblebees.

At some point, the western honeybee met the varroa mite, a parasite from Asia that preys on a different honeybee species.

Western honeybees have few defences against the mite, and the parasite has overrun the world. It arrived in Canada in 1989, likely on the backs of foraging worker bees criss-crossing the Maine-New Brunswick border. Initially, the parasite was kept under control with miticides, according to New Brunswick's chief apiary inspector, Fletcher Colpitts.

But the mites developed resistance, and the result was what Colpitts called "the silent spring" of 2007.

As he and his wife, fellow apiary inspector Mary Colpitts, began checking their bee yards after winter, the usual buzz of energy was instead an eerie quiet.

"We looked in under the covers of the bees, after we unwrapped them, and all of the colonies were dead."

The Colpitts lost 140 of their 147 colonies. In total, 69 per cent of the province's colonies were lost that year, he said, with varroa the culprit.

The mite has since swept across Canada, enabled by a reproductive quirk: female mites mate with their own sons to produce offspring, meaning a single mite can power an entire infestation.

But thanks to a literal moat around Newfoundland, a largely unpopulated border between Labrador and Quebec, and laws that strictly control bee importation, the mite has not made its way yet to the country's easternmost edge.

Feeling that's only a matter of time, beekeepers in the province have been busy, coming up with a prevention plan and defence strategy against the mite in 2020. 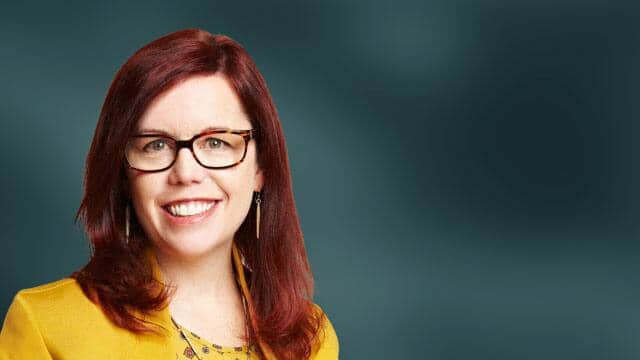 Atlantic Voice26:10Atlantic Voice: The Mite Fight
The province of Newfoundland and Labrador is one of the last places on the planet where honeybees are free from a devastating parasite. Brand new beekeeper Lindsay Bird brings us into the bee yard to meet other beekeepers and scientists who are leading the charge against the Varroa Mite. Here’s The Mite Fight.

But nearly a year later, one of its co-authors is pessimistic about the chances for the plan's success.

"I was naive," said Peter Armitage, who runs Four Cousins Honey, a company based on the Bonavista Peninsula.

When he began working on the plan, Armitage thought enough of the province's beekeepers would play along. But as beekeeping explodes in popularity in Newfoundland and Labrador — from an estimated six beekeepers in 2010 to now about 130 — he isn't so sure.

"I think that we are forever going to be faced with this challenge of one individual who for whatever reason … they do an illegal importation and then — bang," he said.

His illicit importation fears aren't far-fetched. This summer, Canada Post caught an illegal queen bee in the mail, sparking a provincial investigation into who ordered it.

Armitage said that incident "should be a wakeup call."  He compared his crusade to the Greek myth of Cassandra, who was cursed with being able to predict the future, but not be believed, after spurning the god Apollo.

Another of the study's co-authors, however, maintains optimism in the face of long odds.

"Hopefully, we can get everyone on board to say, 'Yes, this is important and we're going to take the right steps,'" said David Peck, an expert in honeybee parasites and a research associate at Cornell University in New York.

Peck has been fascinated by the province's bees since his PhD work on how bees in New York were evolving to cope with varroa.

"These mite-free bees in Newfoundland were this very rare sort of time capsule of bees that are very hard to find anywhere on the planet," he said. They're now a control group, he said, "for the entire planet's experiment of what happens when varroa mites and bees meet one another."

"So being able to go in and preserve that population was very important to me."

There are efforts underway to breed a mite-resistant bee, and having varroa-free bees as a control group in that work is invaluable, he said.

Even if the varroa plan fails, Peck said, knowing what aspects of it worked and what didn't can be useful when the next honeybee parasite arises.

Despite an uncertain future, both Armitage and Samms are following the plan's recommendations, with Armitage hoping the provincial government will also get behind it.

Varroa could hurt the burgeoning bee industry in the province, he said, as well as complicate the province's push to ramp up its agricultural sector.

"We have a kind of a blissful state here, and it would be nice to keep this," he said.