Dwight Ball, a pharmacist who had struggled in the past just to get elected to the Newfoundland and Labrador legislature, has led the Liberals to a commanding victory in the provincial election Monday night. 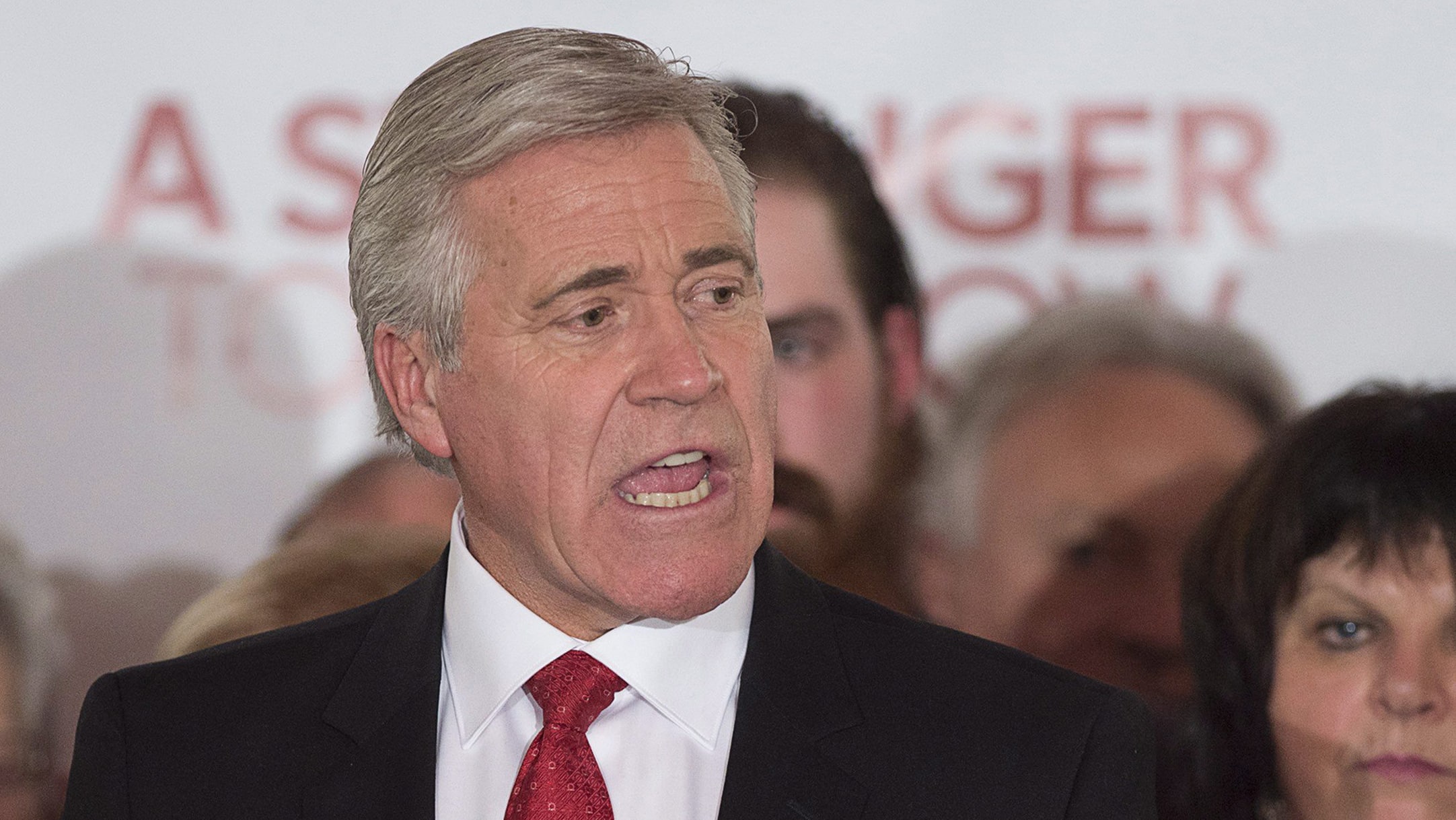 5 years ago
3:09
The Liberal Leader spoke with the CBC's Peter Cowan shortly after his win was announced 3:09

Dwight Ball, a pharmacist who had struggled in the past just to get elected to the Newfoundland and Labrador legislature, has led the Liberals to a commanding victory Monday night in a general election that brought an end to 12 years of Tory government.

"It will take hard work, we all know that, but that doesn't mean that we can't do better," the Liberal leader said to party supporters after Monday's landslide win.

Final results were in by 11 p.m. NT and showed 31 seats for a Liberal majority, seven Progressive Conservative seats and two seats for the New Democrats in the 20th general provincial election.

Arriving at the Greenwood Inn in Corner Brook to speak with supporters, a low-key Ball told reporters the win was "just sinking in."

"I don't overreact too much in my life, I try and remain steady as things go. We'll take this in stride," he said.

"It's not about me, it's about the great work."

Ball was declared elected in Humber-Gros Morne, with around 77 per cent of the vote, shortly before 9 p.m.

The premier-designate was the interim Liberal leader for a year and a half prior to a 2013 leadership convention, in which he beat four challengers. 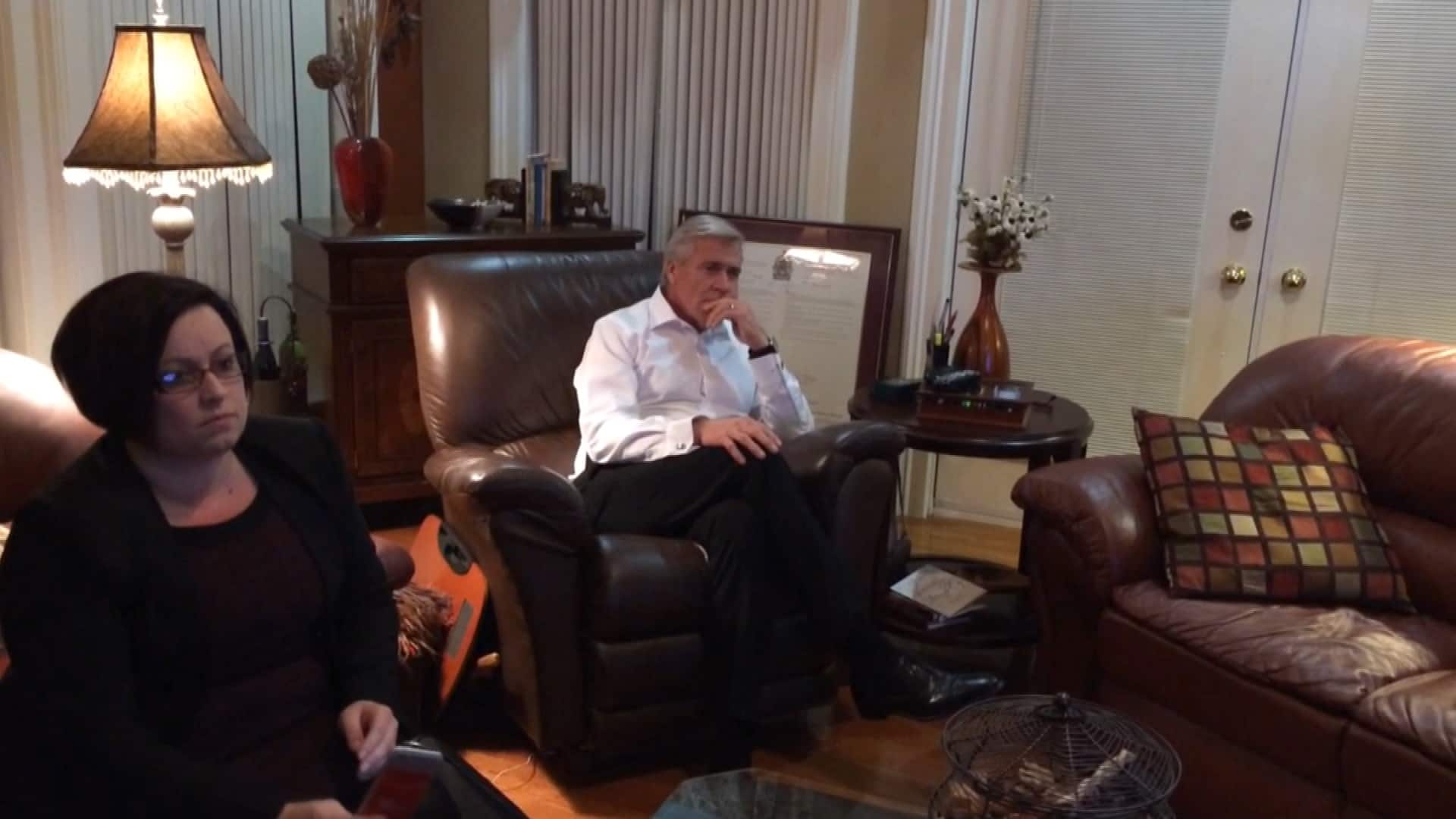 He was elected in the former district of Humber Valley in 2011 with a lead of just 68 votes over the Progressive Conservative candidate.

Ball said he plans to create a new tone for government as the Liberals take power, citing a change at the federal level.

"It was just a few weeks ago that Prime Minister Justin Trudeau said positive politics is a powerful force for change," he said. "And tonight that has proven itself true again in Newfoundland and Labrador."

Congratulations Premier-designate <a href="https://twitter.com/DwightBallMHA">@DwightBallMHA</a> on your victory tonight in Newfoundland and Labrador! Looking forward to working with you.

Ball credited his campaign team and candidates, as well as his family with helping navigate the campaign trail, singling out his partner Sharon, whom he said embodies strong women.

"This election saw a number of women come forward as candidates, and this is important, but there's much more that we can do," said Ball.

"Women still remain severely under-represented and this is something we all need, all parties need to work towards."

By 9:45 p.m., Progressive Conservative Leader Paul Davis was declared re-elected by the CBC decision desk in Topsail-Paradise with around 58 per cent of the vote.

His party lost 30 seats Monday night, a stark reversal from the 2011 general election, in which the longtime Tory government won 37 of the then 48 seats in the House of Assembly.

But that result was better than some expected, after public opinion polls had suggested the Liberals could sweep all 40 seats.

Recent polls had suggested Davis was trailing in his own district behind Liberal Rex Hillier, but Davis came away Monday night with around 58 per cent of the vote.

Speaking to supporters, Davis said he would help lead to "rebuild our great party" until the next election in 2019.

'Not a single' regret: McCurdy

McCurdy ended the night with 27.2 per cent of the vote, compared with Coady's 46 per cent.

McCurdy was the only party leader to lose in his own district.

When asked by reporters if he had any regrets in the election, he said there was "not a single one."

"The tide wasn't headed in the right direction for us this time. I hope nobody gets disheartened by the experience, but we will continue to build our party."

Davis has been premier since the September 2014 Tory leadership convention. He won the leadership over former cabinet minister John Ottenheimer and member of the House of Assembly Steve Kent, whom Davis later named deputy premier.

The Tories have been in government since Danny Williams led them to a 2003 victory, but the party had been struggling in the polls since 2012.

Restructuring of the electoral districts earlier this year has meant eight fewer seats in the assembly. A slew of resignations and decisions not to run by Tory MHAs since 2012 will result in a number of new faces elected Monday night.

Some early-morning voters told CBC News they were casting a ballot out of a sense of duty and a wish for change, even as some of them said they were fatigued after a long election campaign.

​Stay up to date with all our latest coverage on election night with our live blog.