New friendship while fighting for gold: The N.L. Winter Games are a go

The 2018 Newfoundland and Labrador Winter Games are underway with 1,400 athletes competing in Deer Lake and other parts of the west coast.

The 2018 Newfoundland and Labrador Winter Games are underway with more than 1,400 athletes competing in Deer Lake and other parts of the west coast.

Youth from across the province cheered and skipped their way into the opening ceremonies Saturday at the Hodder Memorial Recreation Complex.

"We know how to have fun in Deer Lake," said figure skater Holly Fitzpatrick.

"What I am looking forward to the most is the full experience. Last time I was a bit scared. I was only 12 and this time I'm in my hometown and I just want to have a really good time."

Fitzpatrick has been practicing over six hours a week since September to prepare for her free skate program at the games.

"There's definitely been some sweat and some tears. I put in a lot of hard work," she said. 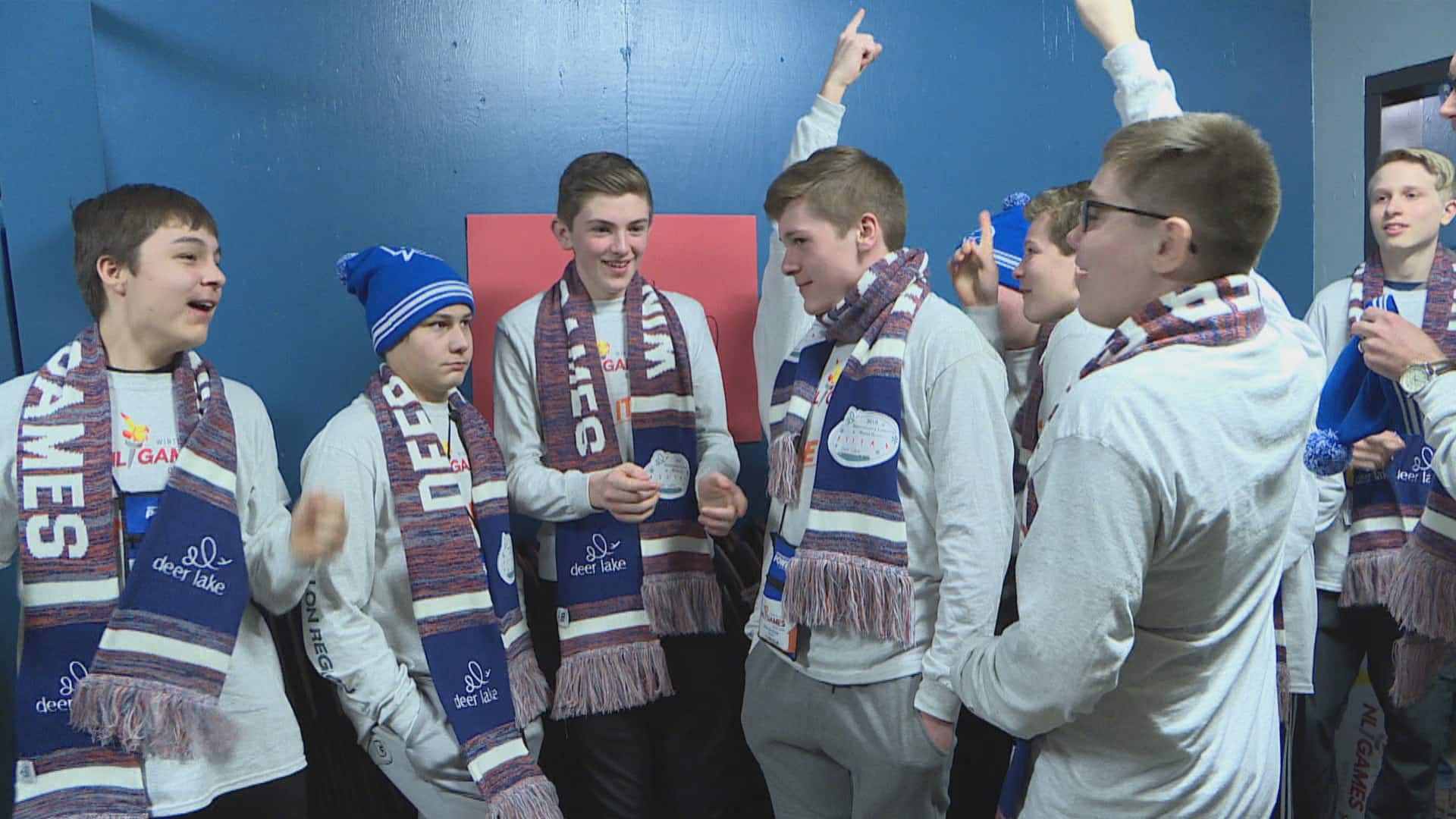 3 years agoVideo
1:55
Young athletes from across Newfoundland and Labrador converge on Corner Brook this week for the 2018 Winter Games 1:55

Fitzpatrick knows most of her competitors from across the province, and competes against them on a regular basis.

"It's more fun. There is not as much pressure and anxiety. You know who you are competing against and it's just really fun.".

The winter games happen every five years with about 1,400 athletes, 400 volunteers and a dedicated planning committee.

"We are a rather small committee. We have only been working together a short time," said co-chair Junior Pinksen.

"Normally communities have four years — we are doing it in less than a year, but we are very excited."

We are ready!- Ethan Stuckless, volleyball

The winter games are happening in his hometown and that holds a special place for Pinksen, who coached bowling in the last winter games.

"Now my focus is to make sure, and my committee — we have been committed to this," Pinksen said.

"Make sure the athletes remember for the rest of their lives. I reflected back to 1986 ... I was in Corner Brook at a winter games as an athlete. So, you go through three stages and it's exciting for me to be a part of that in my lifetime."

This is the first games experience for Ethan Stuckless of Paradise, who will be playing volleyball this week.

"It's pretty exciting. I don't know what to expect but I'm excited to do it," he said.

The Avalon Region competes against Labrador starting at 10 a.m. Sunday.

Stuckless told CBC he and his Grade 9 teammates practiced hard, but they're nervous for their first game.

"We normally practice Tuesday and Friday, but we have had a few extra practices so we are ready," he said.

The games continue with over 600  youth arriving March 14 for the second half of the games.