Despite an apology and settlement, the mother of an autistic young man from Mount Pearl is upset because police who mistakenly arrested her son for being drunk in public still say they did nothing wrong. 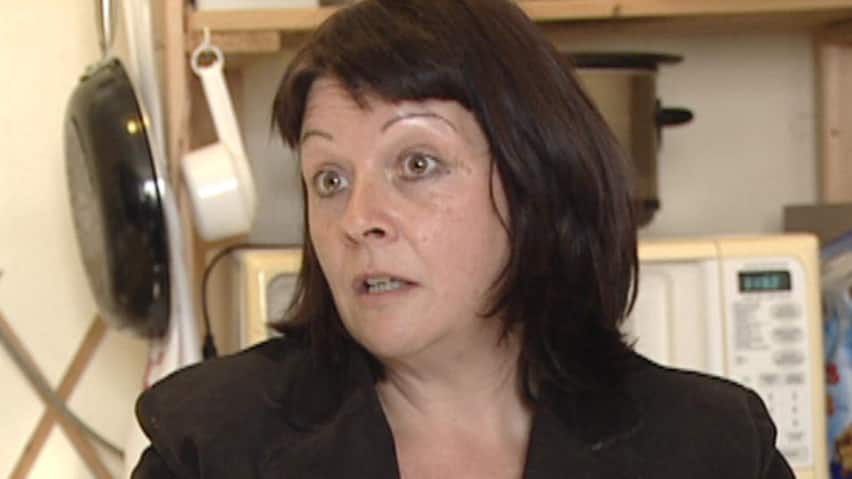 8 years ago
7:11
Diane Spurrell, the mother of an autistic man who was mistakenly arrested in 2009, says police still won't accept responsibility for how they treated her son. Warning: foul language. 7:11

Despite an apology and settlement, the mother of an autistic young man from Mount Pearl is upset because police who mistakenly arrested her son for being drunk in public still say they did nothing wrong.

"It was a slap in the face," said Diane Spurrell. "To come here and make these verbal apologies and then to come back with an official document that nullified those apologies."

Dane Spurrell was picked up by RNC officers on the evening of April 18, 2009 while walking down a street in Mount Pearl. The officers thought he was drunk, put him in a police car, and sent him to the city lockup. Dane was 18 at the time.

At the lockup, Dane repeatedly asked to call his mother, but officials would only let him call a lawyer. He did not do that, and spent about six hours in the lockup. Diane Spurrell only discovered what happened to her son when she called 911 at 5 a.m. the next morning to report him missing.

Spurrell was appalled by the incident, and within days the chief of police and the officers apologized to Dane and Diane Spurrell.

They also receIved a financial settlement.

Report said no wrongdoing by police

But a few months later, the Spurrells got an official police report documenting the incident, which said the officers acted professionally and in good faith.

"Talk is cheap," said Spurrell. "To come to me and soothe me by saying we're sorry, I took it at face value and accepted the apology. But months later, when we receIved this document, it was such a slap in the face."

Spurrell brought the report to the RNC's Public Complaints Commission. The first hearing on the case was in 2010, and it still hasn't been resolved.

The report said the officers did not swear at Dane, but his mother has obtained an audio recording of a radio transmission from the police cruiser to RNC headquarters in which an officer said, "You know f----n' well."

Spurrell also obtained video from the lockup that showed Dane being questioned about whether he was drinking or doing drugs, with Dane repeatedly asking to call his mother.

"What I want is the truth. What I want them to know is that they can't behave like this. It's not acceptable and it will not be tolerated by the public," Diane Spurrell said.

Spurrell has attended several hearings where she has faced several lawyers representing witnesses, the police officers and the commission. She noted she is representing her and her son, since they do not have a lawyer.

Spurrell said she wants the Police Complaints Commission to overturn the police report, and vindicate her son.

Despite her anger over what has happened, Spurrell said she doesn't want anyone to be fired. Instead, she wants police officers to stop and think that someone who looks and acts differently might not necessarily be a criminal.

The final hearing for the Spurrells before the commission is scheduled for Dec. 12.