Newfoundland and Labrador is spending millions of dollars on pilot projects to keep moose and vehicles from colliding on highways. 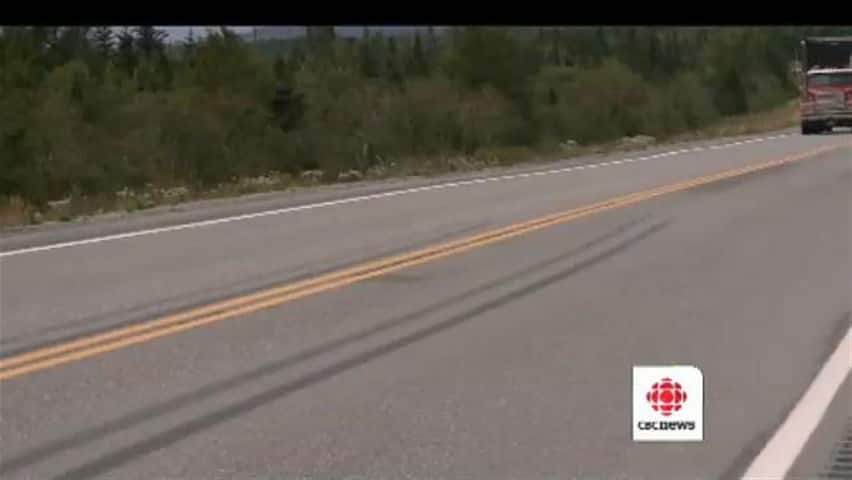 9 years ago
2:03
CBC's Doug Greer reporting on measures to keep moose from colliding with vehicles 2:03

Newfoundland and Labrador is spending millions of dollars on pilot projects to keep moose and vehicles from colliding on parts of the province’s highways.

The government has awarded a $1.4 million contract to build a moose-fence along the sides of the Trans-Canada Highway on a 13-kilometre stretch in western Newfoundland, from Gallants to Barachois Brook.

The province is also spending $1.5 million on an electronic system that will detect moose and warn drivers on two other sections of the Trans-Canada Highway – one in the Grand Falls-Windsor area and the other east of Salmonier line.

The system will use sensors to detect moose and alert drivers with flashing lights when an animal is on the road.

"Our government is taking steps to study ways to reduce the occurrence of moose vehicle collisions on our highways," said Tom Hedderson,  minister of Transportation and Works, in a government news release.

"These pilot projects are designed to test these measures in our terrain and weather, in areas identified as having concentrations of moose-vehicle collisions."

Deborah Fillatre is a frequent driver on the section of highway in western Newfoundland where a moose fence will be built.

She expects it will make a difference.

"Yesterday we had a cow and a calf just up here on the highway," said Fillatre. "I think it's a great idea. With the considerable amount of moose accidents that we've had."

"It will save lives, hopefully and there won't be so many moose on the road," she said.