Leonard Mawora made a public plea for help to find his passport after he accidentally left it in a bag he returned to a store. On Saturday night, that help arrived.

St. John's woman found Leonard Mawora's papers in a bag she bought for her mother

Leonard Mawora made a public plea for help to find his passport after he accidentally left it in a bag he returned to a store in St. John's. On Saturday night, that help arrived.

After realizing where he'd lost it, the Memorial University business student from Zimbabwe found out from Winners that someone else had bought the bag he'd returned. He made a public plea for help, asking people to check bags recently purchased from the Stavanger Drive store.

"I am in a tight spot, because in that passport was my study permit, there was my U.K. visa, my Canadian visa," Mawora said on Tuesday. "So I am stuck, I can't even go anywhere."

That plea was answered late Saturday night. April Day of St. John's was wrapping Christmas gifts when she found Mawora's passport in a bag she'd bought for her mother. Day posted her discovery on Facebook.

"Omg, I started to cry and was shaking trying to find Leonard's number to tell him the good news! A CHRISTMAS MIRACLE!" she wrote.

Mawora told CBC News that just before he got the good news, he'd bought some groceries, having accepted the fact that, without his passport, he wouldn't be going home for Christmas.

"As soon as I sit down, then I got a call from her, saying, like, 'I have your passport,'" he told CBC News. "I just couldn't believe it at first. It took me some time.… At least now I can go see my family. I'm so happy." 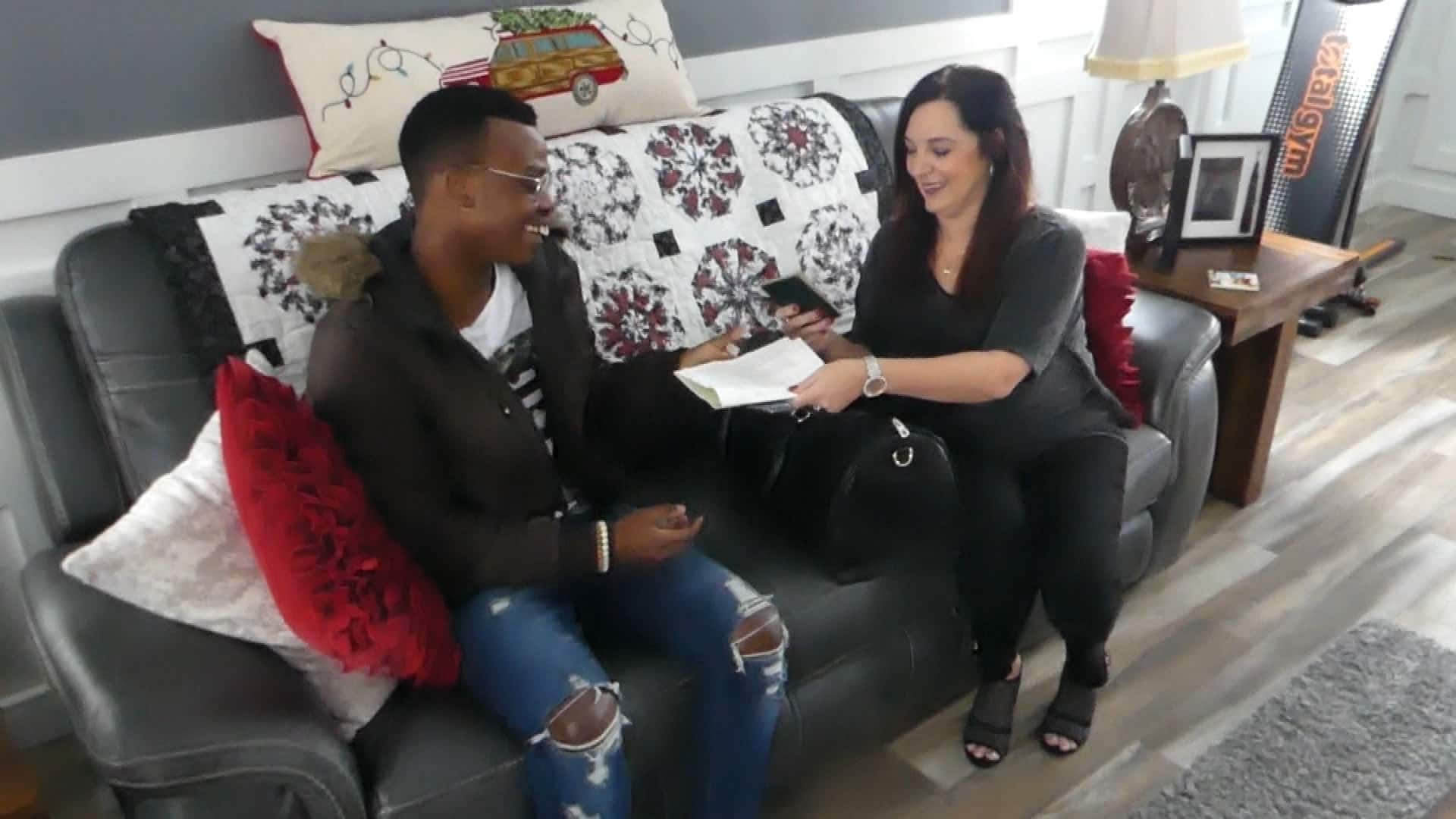 1 year ago
0:47
Leonard Mawora gets passport back from woman who found it in bag purchased at Winners 0:47

There was more good news for Mawora: Day has invited him for a Christmas dinner — and has offered to pay for his ticket home.

"I'm just very happy and glad that I can actually help Leonard to go home to his family," she said.

Mawora and Day met Sunday at Day's home, where she gave him back the passport he'd feared was lost forever.

"I never thought I would even see these documents ever again," he said, before the two hugged.

While Day says she regrets not looking in the bag sooner — she says she'd heard about Mawora's plight but didn't know the details of the bag — Mawora said he's just grateful she found it. With the bag intended as a Christmas gift, it could have been even later the passport was found.

Mawora said he was touched by the outpouring of support he received after asking for help.

"You have people from Winnipeg, people who don't even know you. Like, they were calling to support me, even when I thought of giving up," he said. "They're telling me, 'Just keep on fighting, things will look up.'"

With files from CBC News Network and Jeremy Eaton