The decades-long saga of the Manolis L shipwreck in Newfoundland's Notre Dame Bay is a clear example of flaws in Canadian law, according to one cabinet minister. 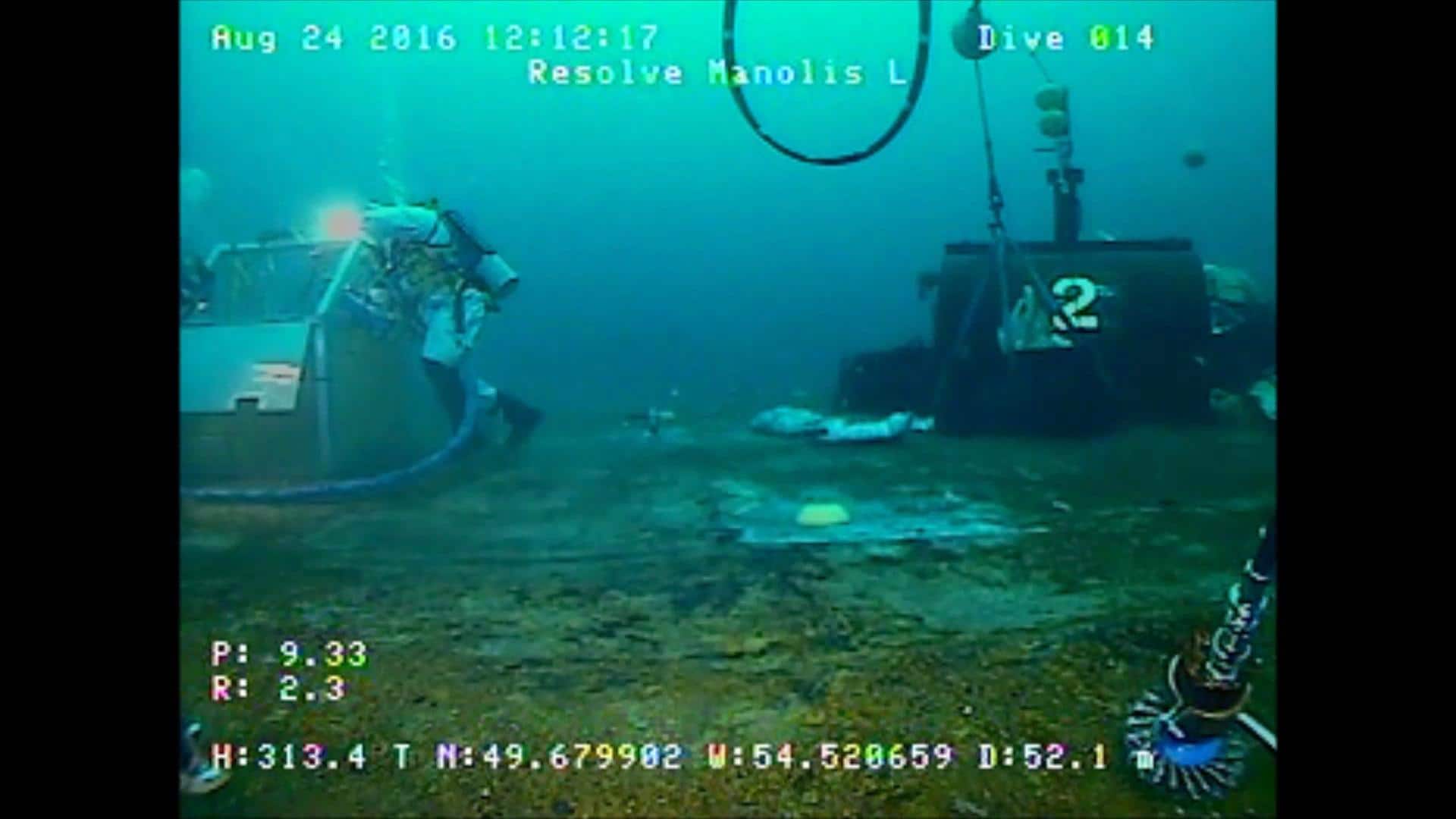 Underwater footage of the Manolis L

4 years ago
0:47
Look underneath the surface in this underwater video of a technical team assessing the shipwrecked Manolis L. 0:47

The decades-long saga of the Manolis L shipwreck in Newfoundland's Notre Dame Bay is a clear example of flaws in Canadian law, according to one cabinet minister.

As the Canadian government announced it would bring in new measures to address abandoned and derelict vessels, Fisheries and Oceans Minister Dominic LeBlanc said that current legislation is too lenient, and Newfoundlanders need not look far to see it.

"The Manolis L is a perfect example, frankly, where a vessel owner in a completely unacceptable way, has been able to wash their hands of responsibility for the environmental and the social cost of having a derelict vessel like this," said LeBlanc after a news conference in St. John's.

The Manolis L, which ran aground in 1985, began to leak oil into Newfoundland's Notre Dame Bay in 2013.

It's unacceptable that the polluter, in the case of these ship owners, is not held responsible.- Minister Dominic LeBlanc

An assessment by a Florida-based company on the next steps in the cleanup process began in August. LeBlanc said the coast guard recently received a report on what the pollution risks are and how to best remove the pollutants.

The coast guard has been instructed to move "with haste."

According to the Department of Fisheries and Oceans, the federal Ship Source Oil Pollution Fund covers the cost of removing an abandoned or derelict vessel. However, the fund only covers the costs up to five years after a "pollution occurrence," which, in the case of the Manolis L, was the sinking of the vessel.

A 2012 study by Transport Canada found there were 397 abandoned or derelict vessels in Canada.

The federal government said on Monday that it had developed a new and "comprehensive" plan to address abandoned vessels, which included provisions to make vessel owners responsible for the cost of clean up.

Delphine Denis, press secretary for Transport Minister Marc Garneau, said government plans to set aside funding for removal of small vessels, while creating a "self-financed regime" to remove high-risk vessels over the long term, aligned with a "polluter pays" principle.

Leblanc added the plan will push more responsibility on the owners of abandoned and derelict ships.

"It's unacceptable that the polluter, in the case of these ship owners, is not held responsible," LeBlanc said.

"It's a gap in the current legislation, and it's one we intend to close, and close aggressively."