A shipwreck in Newfoundland's Notre Dame Bay has been underwater for 30 years, and some area residents are worried about lasting environmental damage that could be caused by leaking oil if a solution isn't reached. 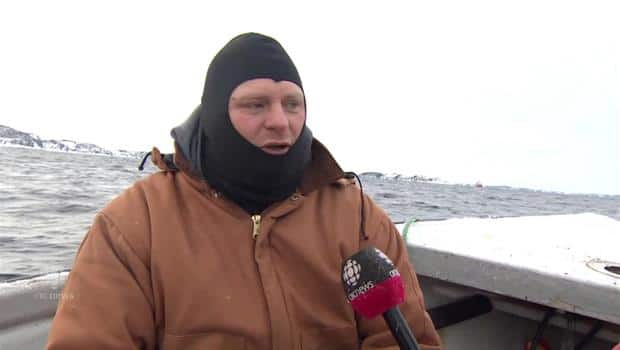 6 years agoVideo
3:24
It's 30 years since the Manolis L hit Blowhard Rock and sank. In 2013, locals like Cyril Gidge and David Boyd noticed oiled ducks and leaks . They wan the oil removed. 3:24

A shipwreck in Newfoundland's Notre Dame Bay has been underwater for 30 years, and some area residents are worried about lasting environmental damage that could be caused by leaking oil if a solution isn't reached.

However, the Canadian Coast Guard maintains measures already taken are adequate — and there's no reason to worry otherwise.

The Manolis L sank off the coast Jan. 18, 1985 after it crashed into a rock formation. The wreck sat dormant for years, but a powerful storm dislodged the vessel two years ago — as well as 500 tonnes of fuel in its hull.

In a region that relies on tourism and sea life for its economy, some people are worried about what the oil means for the local environment.

"Tourism, fishery — you name it. A lot depends on this ocean and this area right here," said hunter Cyril Gidge.

Oil-covered ducks and other animals have been discovered in the area, and with eastern Canada's largest seabird colony just 100-kilometres away from the site, people are worried.

Last year, the Canadian Coast Guard replaced a cofferdam, a device that catches leaking oil, in order to stop a leak of fuel.

"I noticed some gannets, local birds, seagulls with oil on them. I didn't know about the Manolis L at this time, and when we came out here, the oil slick was phenomenal," said Gidge.

The patient is slowly bleeding out and we're putting a Band-Aid on it rather than going in and doing the operation that needs to be done.- David Boyd

There are no set plans for a different fix, and some people are worried about a possible long-term effect the oil will have — and if the leak in the wreckage will spring again.

David Boyd, an outfitter in the area, said there needs to be a better fix in place before the region suffers irreparable environmental damage.

"The patient is slowly bleeding out and we're putting a Band-Aid on it rather than going in and doing the operation that needs to be done," said Boyd.

However, the environmental response branch of the Coast Guard said the cofferdam is a sufficient fix for the Manolis L and there's no imminent threat posed by the wreck.

"The likelihood of all 500 tonnes coming out of the vessel at one time is very remote because it's all in separate tanks — it's not all in one tank," said Coast Guard's Bob Grant.

Documents obtained by CBC News show the agency wanted to know how much it would cost to remove all the oil still in the Manolis L, but the results are blacked out.

Since getting the cost estimate, Coast Guard has stopped talking about removing the oil.

"We do always look at the options that may have to come into play, but right now the operations that we have been doing with a cofferdam have proven to be effective," said Grant.

But Kevin Stowbridge, a naval architect and engineer, says the Coast Guard is just buying time — time he says is running out — by patching a failing half-inch thick hull.

Stowbridge said he wants to see Coast Guard take measures to actually remove what oil remains in the sunken hull.

"By today's standards, that's paper thin - that is extremely thin steel. It won't take much for that to corrode and stress cracks that are developing in the hull right now as she sits," said Stowbridge.

"They're going to continue to spread and that could lead to a catastrophic structural failure that could release the oil from the tanks in the affected area."

There's no doubt removing tonnes of oil from a sunken ship is an expensive operation; Coast Guard removed oil from a ship off British Columbia in 2013.

The cost of the operation came in around $50-million.

At the time, a representative with Coast Guard said paying the lump sum to be rid of the problem was a better solution than paying for multiple temporary fixes over time.

"It's almost like people sitting around with a lit fuse on a time bomb and everyone is saying we're monitoring the situation, we're watching the fuse burn down. But nobody is putting their fingers out to snuff out the fuse," said Boyd.

Coast Guard said it will continue to monitor the situation.