The Canadian Hard of Hearing Association brings in a special guest from Calgary to tell his inspiring life story.

Coincides with events marking International Day of Persons with Disabilities 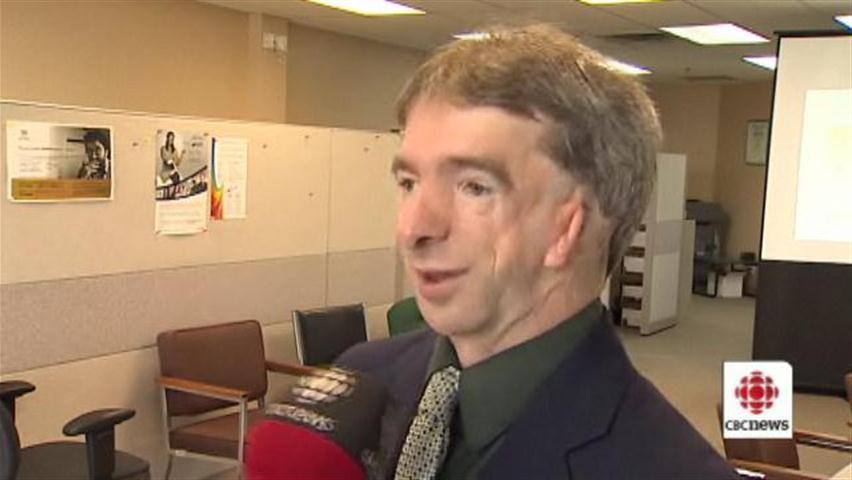 8 years ago
2:06
Francis Smith is in St. John's to give his talk "My Life With No Ears," his inspiring life story about how he succeeded against the odds linked to a severe disability, the CBC's Azzo Rezori reports. 2:06

The provincial branch of the Canadian Hard of Hearing Association has brought in a special guest from Calgary to tell his inspiring life story to an audience in St. John's on Tuesday.

Francis Smith's talk "My Life With No Ears" discusses how to succeed against all the odds linked to a severe disability. It coincides with events surrounding the International Day of Persons with Disabilities on Monday.

Smith has a rare craniofacial disorder that caused him to be born without bones in his face – no chin, no cheek bones, no eye sockets and no ears.

He was abandoned by his biological parents but adopted into a foster family when he was three years old.

"I was socially withdrawn, to the point where I was a living dead person inside," he said.

"I was just about ready to literally die, because it took its toll on me physically, and spiritually, and emotionally," he said.

"I just went through the motions of life. I didn't see any hope of recovering."

But he said things improved once he reached high school, where he learned to play the piano and violin.

Smith, now 37, is a post-doctoral research fellow at the University of Calgary. He travels with his signature green violin to give public talks.

Smith gives a lot of credit to his adoptive parents.

"They encouraged me never to give up," he said.