The federal government's second round of regulations go into effect as of Dec. 15.

The federal government's second round of regulations for airline passenger protection in Canada is in effect as of Dec. 15.

The first round, which addressed issues like overbooking, tarmac delays, and compensation for lost luggage, was enacted in July.

This next phase includes rules for compensation for flight delays and cancellations, rebooking and refunding travellers, and seating children near their parent or guardian.

Gary Howard, the spokesperson for Canadian Automobile Association in the Atlantic region, said these rules are "extremely important."

The organization, which over the years has become an advocate for the overall travelling public, provided research and recommendations to the federal government for these regulations.

"These new air passenger bill of rights … ensure that there's consistency and clear communications around what happens if I'm delayed, or [if my flight is] cancelled, or my baggage is lost, or whatever the case might be," he said.

"It also ensures consistency across all airlines, across the country — no matter if they're an American airline or a Canadian airline. It's protecting all passengers coming into, leaving from, or travelling within Canada."

Here's The Lowdown on those new rules from the Canadian Transportation Agency.

The Air Passenger Protection Regulations state that, when there are flight delays or cancellations within the airline's control and not related to safety, the airline will be required to pay passengers.

That doesn't include situations like weather delays, medical emergencies, or mechanical problems that are identified outside of scheduled maintenance.

The amount of compensation will be based on how long a passenger is delayed before arriving at their final destination.

While airlines have to offer cash compensation, they could also offer alternative forms to passengers, like vouchers or rebates. But passengers have the right to select what they prefer.

Passengers have one year to make a claim with the airline, and the airline will then have 30 days to respond.

There are also standards of treatment, when it comes to delays.

After a flight is delayed for two hours, the airline will have to provide passengers with food and drink, and free Wi-Fi.

If a delay is expected to go overnight, airlines are responsible for providing hotel or other accommodations, as well as transportation there, free of charge.

There are also rules about rebooking and refunding customers, when it comes to delays.

Once a flight is delayed by three hours, the airline is required to rebook the passenger on its next available flight.

If that delay is within the airline's control or required for safety reasons — and that airline's next available flight doesn't depart for nine or more hours after the original departure time — a large airline has to rebook that passenger on a different airline. 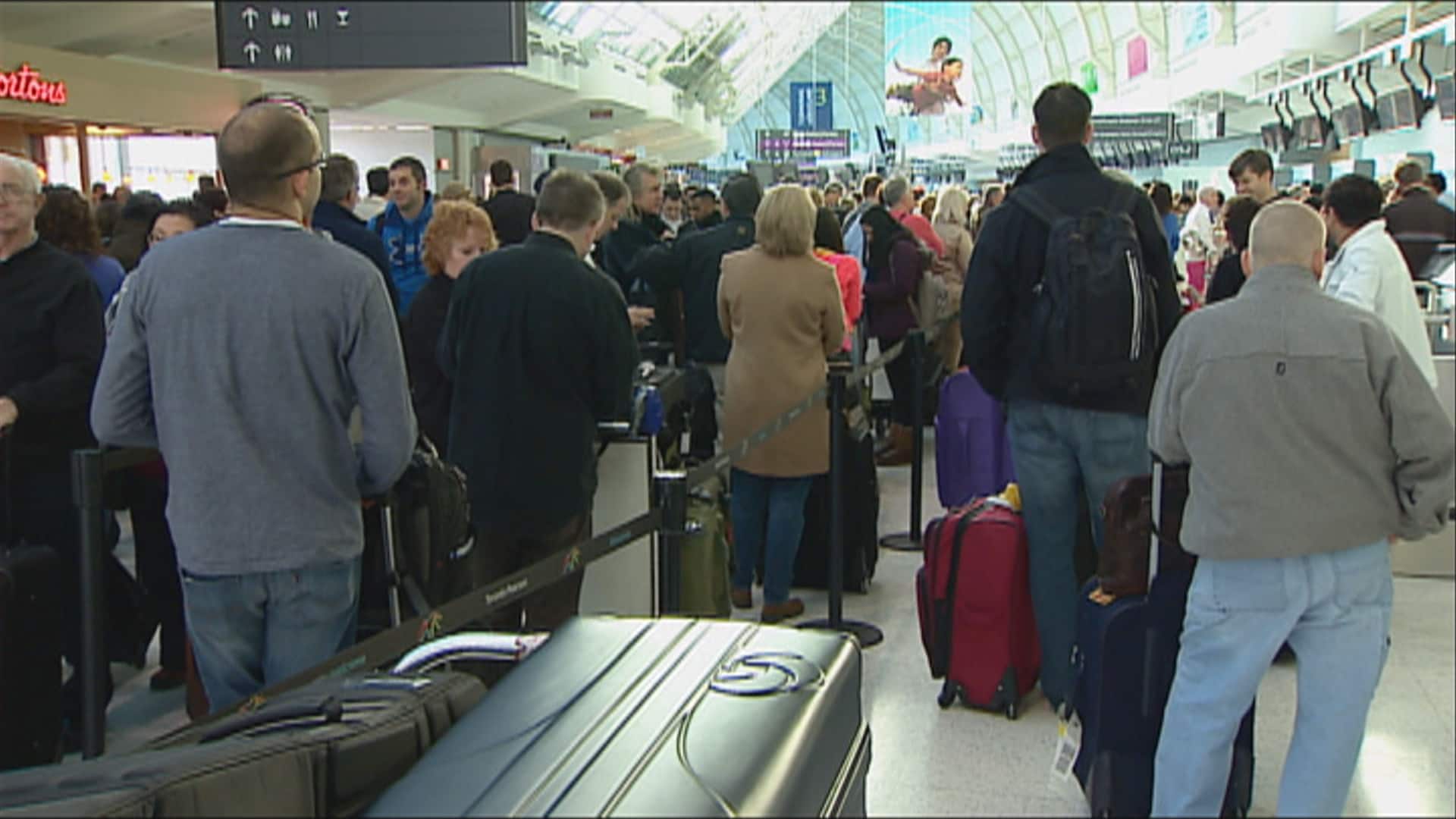 1 year agoVideo
1:59
CBC Investigates speaks with Gary Howard of CAA Atlantic about the new air passenger regulations, that are in effect as of Dec. 15, 2019. 1:59

If a delay or cancellation is within the airline's control, and the passenger doesn't rebook because they no longer need to travel, they are entitled to a ticket refund, and compensation for the inconvenience: $125 for small airlines and $400 for large airlines.

For a flight disruption outside of a large airline's control, if that airline's next available flight isn't within 48 hours, it has to rebook the passenger using another airline.

Another rule ensures that children under the age of 14 will have to sit near their parent, guardian or tutor — at no extra cost:

Airlines that don't follow the rules could face fines up to $25,000 for each incident.

If a passenger is having trouble resolving a dispute with an airline, Howard said, the passenger can lodge a formal complaint with the CTA, which is an independent regulator.

"In 2020, they'll [also] be monitoring all of the stats around delays, cancellations, and so on — so they'll be monitoring how the airlines are performing."

Travelling during the holidays

Howard said, with these new rules coming into play close to the busy holiday season, it will be a real test for the airlines to see how well they perform.

He suggested that any air passengers travelling in the near future should familiarize themselves with the regulations —and to keep the time of year top of mind.

"There will be delays, just because of weather or backups in terminals," he said.

"Make sure you arrive early for flights, because if there are cancellations, there are other flights going on throughout the day. So be there early — and be patient. There's going to be a lot of passengers over the holidays."

The Lowdown is a series from CBC NL Investigates about consumer news you can use. If you have a story idea, email us: cbcnlinvestigates@cbc.ca.