Breakup by email: Paul Lane kicked out of Liberal caucus

Mount Pearl-Southlands MHA Paul Lane has been removed from the Liberal caucus as of Thursday morning, in a breakup communicated to him by email. 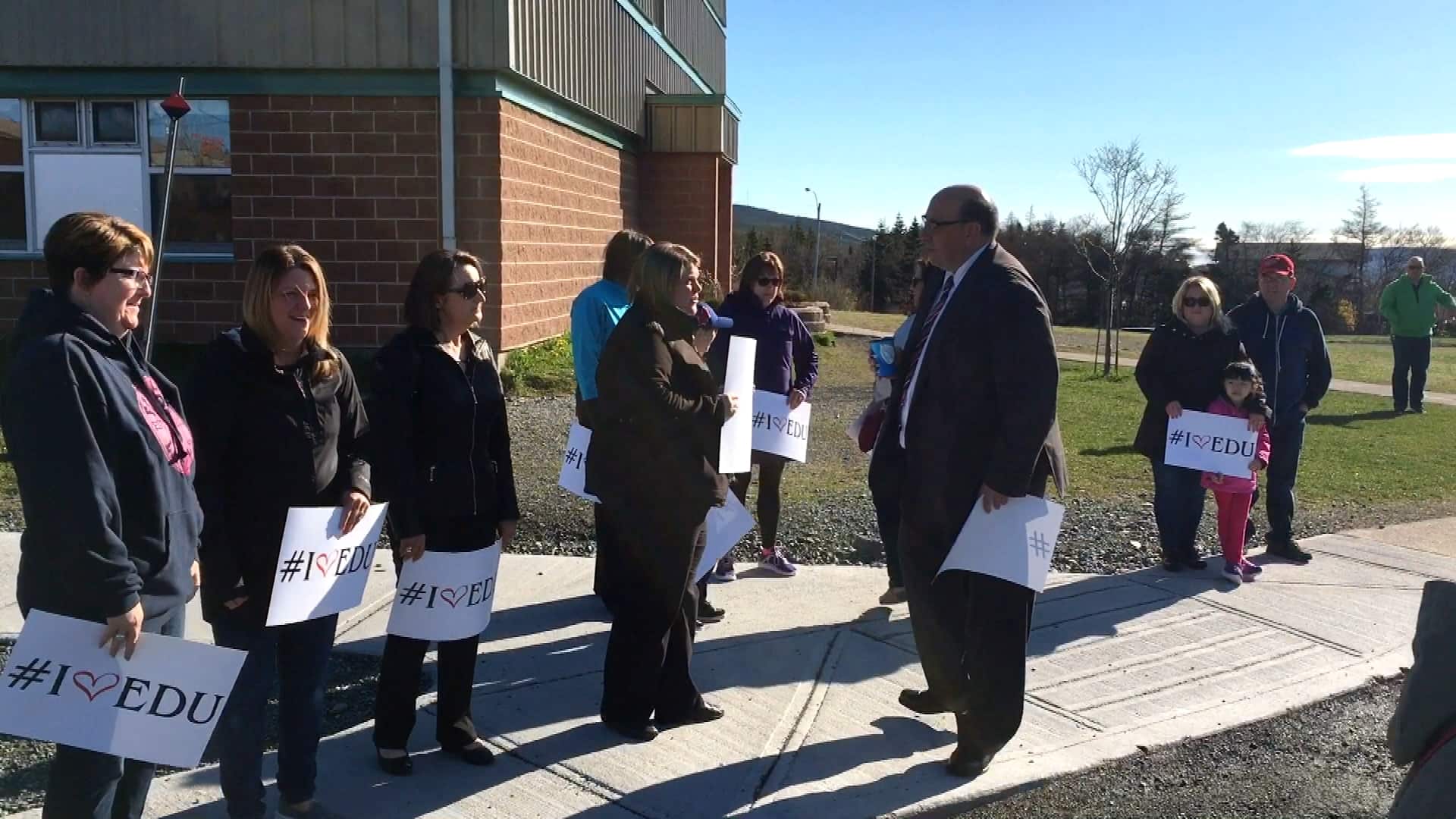 5 years agoVideo
1:36
Paul Lane attended an anti-budget protest at St. Peter's Primary this morning and explained his decision to vote against the budget. 1:36

Mount Pearl-Southlands MHA Paul Lane has been removed from the Liberal caucus as of Thursday morning, in a move that has put a spotlight on internal tensions in the governing Liberals.

The decision comes after Lane publicly said he could not support the deficit reduction levy contained in the recent provincial budget because of the financial stress it will place on his constituents.

"This is something that's been weighing on me heavily for quite some time," Lane said, speaking with CBC Radio's St. John's Morning Show while attending a budget protest at St. Peter's Primary in Mount Pearl.

"Ever since the budget came down, quite frankly, I've been bombarded — and that's putting it mildly — by emails, Facebook messages, telephone calls and one-on-one conversations."

Lane plans to sit as independent

Lane learned of the move via an email, and said it did not come as a surprise.

Cabinet minister Andrew Parsons, though, said an email was necessary because Lane had agreed to attend a meeting but then did not show up.

"I wasn't surprised. It speaks to one of the flaws in our democracy," said Lane, who now plans to sit as an independent in the House of Assembly. His seat in the legislature was moved on Thursday morning.

Andrew Parsons says called Paul Lane for a meeting, he agreed but never showed up. Couldn't reach him today so had to email him <a href="https://twitter.com/hashtag/nlpoli?src=hash">#nlpoli</a>

Premier Dwight Ball, speaking with reporters Thursday afternoon, said he had had no prior indication or discussion that Lane wanted the budget changed.

"Not at all," said Ball. "There was never any request for me from Mr. Lane so we could have a meeting."

Ball said while no one, including him, is happy with everything the budget contains, no one else in caucus has come forward to talk about changes.

"They're not always very cheery days, sometimes you find yourself in very stormy decisions," he said.

Ball said that the decision to remove Lane was made by the Liberal caucus, and that it was unanimous.

Premier doesn't see condition under which Paul Lane would return to Liberals but didn't say a definitive "never" <a href="https://twitter.com/hashtag/nlpoli?src=hash">#nlpoli</a>

'Too much, too fast'

Lane said his constituents have been expressing their concerns about the budget, particularly about the cumulative effect of the numerous increases in taxation.

"People really feel that it's become too much, too fast," he said.

"As we know, the whole concept of the levy has become the lightning rod in all this, but it's not just the levy, it's the cumulative effect of all of it at the one time."

Lane said there are more issues than just the levy, as he has also received messages about overcrowded schools and concerns about starting the full-day kindergarten program with the current economic state. He is open to changes, however.

Two years ago, Lane, who was then a PC MHA, crossed the floor after a disagreement with then-premier Kathy Dunderdale.

He was elected with the Liberal wave in November 2015.

Ball said he didn't really have any regrets in hindsight about admitting Lane to the Liberal party.

Lane said he knows that times are tough and he expected some tax increases, but nothing like this.

"Decisions were made that I advocated, certainly, against and I advocated for change and I was ignored, so I took the stand that I did on behalf of the people I represent," he said.

It wasn't easy to stand up against the budget, Lane said, but he couldn't vote with the other Liberal caucus members.

"This is not personal. I have no intentions of bashing the current government or anything like that, I'm just putting it to the fact that we agree to disagree on the degree of the measures being taken"

"There's no way that I could, in good conscience, stand up and support a levy just after leaving a room arguing against it."