Kyra Rees fighting to get gender changed on government IDs

A transgender activist in St. John's is taking the provincial government to court, in a battle to get her birth certificate to reflect the gender she identifies with. 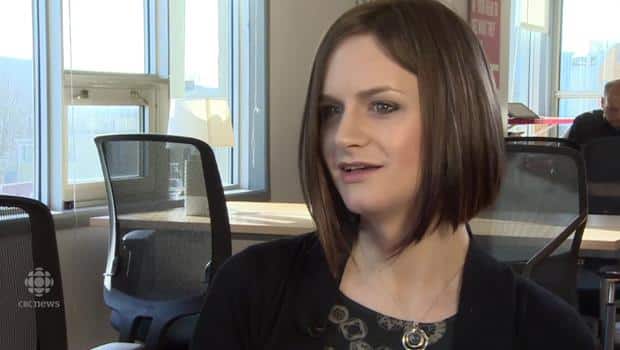 6 years ago
4:34
Kyra Rees is challenging the province in court in an effort to change the Vital Statistics Act 4:34

A transgender activist in St. John's is taking the provincial government to court, in a battle to get her birth certificate to reflect the gender she identifies with.

Kyra Rees identifies as a woman, and wants her birth certificate and other documents to state that, but says this fight is about more than just a letter on a piece of government paper.

Rees, 22, said she's been subjected to anxiety, humiliation, or worse every time she presents a government-issued identification that doesn't match the person she presents to the world.

"It's amazing, actually, how many times we present ID and don't even think about it," she said.

Rees said her birth certificate still identifies her as a male, and she hasn't been able to get that changed.

"I was applying for this particularly because I wanted a passport, and I wasn't able to get one. So, at four separate junctures, I had to go through airport security and had this massive anxiety attack of, 'what if I'm selected for additional screening,'" said Rees.

But Rees said it's not just when she travels that she's had to deal with this; even when doing something as simple as making a purchase at the liquor store, she has to "out" herself as transgender to the clerk when she presents ID.

Rees said these every-day scenarios can create a stressful environment.

"You have do decide, effectively, whether or not you really want that Bailey's for the holidays, or whether or not you want to out yourself and have to have a discussion then and there about the reason this doesn't match is because of X, Y or Z."

Provincial law permits changing the sex-designation on a birth certificate only if the person undergoes gender reassignment surgery.

Attorney Kyle Rees, no relation to Kyra Rees, says it's a violation of the Charter of Rights and Freedoms.

"It's a very expensive surgery, it's an irreversible surgery, it's a surgery that results in a loss of fertility, and something that individuals in this province would have to pay for out of their own pocket," he said.

The two have launched a legal challenge in an effort to change the provincial legislation. Similar challenges have already been successful in Ontario and Alberta.

For Kyra Rees, the legal battle means a loss of privacy — and she's hoping the province doesn't fight back.

"In order to not out myself ever again, I'm going to have to out myself effectively to the entire city of St. John's.  So the amount of humiliation that this government is putting me through just doing this, is astounding."

In a statement, the provincial government said it is reviewing the issue.